"Samantha has impressed me more than many other athletes," said Acting Athletic Director Stephan Zichella. "She is a true champion."

"I am signing with Quinnipiac University in Hamden, Connecticut. Quinnipiac is a Division I women’s golf team that competes in the Metro Atlantic Athletic Conference (“MAAC”), began Galantini.

"I chose to sign with Quinnipiac as it is a great overall fit for me. The campus is beautiful, the location is close to home, and it feels like the perfect place for me. The coaches and teammates were very nice and welcoming to me and I felt like it was where I belong," she explained.

"I learned golf from my mom and dad and practice and play regularly with my brother Tyler, who is a 2019 West Orange High School graduate and current captain of the Wagner College men’s golf team," she went on to say. Tyler Galantini is the first WOHS state champion in golf.

"I have competed for the team the last two seasons (there was no season my Freshman year due to COVID). I will be competing again this spring as a senior. In my junior year (Spring 2022), I was the lower player in every match that West Orange High School competed in. I finished first as an individual in the SEC Liberty Division Tournament, shooting a 67, my lowest round ever. I also finished in third place in the New Jersey State High School Girls Golf Championship and received All-State recognition," she added.

Outside of the high school team, Samantha has competed in many junior golf tournaments locally and nationally, including qualifying for the Drive, Chip, and Putt National Finals in 2021 at Augusta National and being named the 2020 NJPGA Junior Tour Girls Player of the Year.

"You have been terrific as a West Orange High School representative," noted Principal Hayden Moore.

"Quinnipiac is lucky to have you and anything you do at the next level is a great representation of what happens at WOHS," he stated.

"I feel excited about signing with Quinnipiac as I am looking forward to the college experience and I am thrilled about the opportunity to play golf and go to school there. I want to thank my parents, my brother, and my golf coach, Tom Gargiulo, for helping me with this journey and supporting me every step of the way in this process," Galantini concluded. 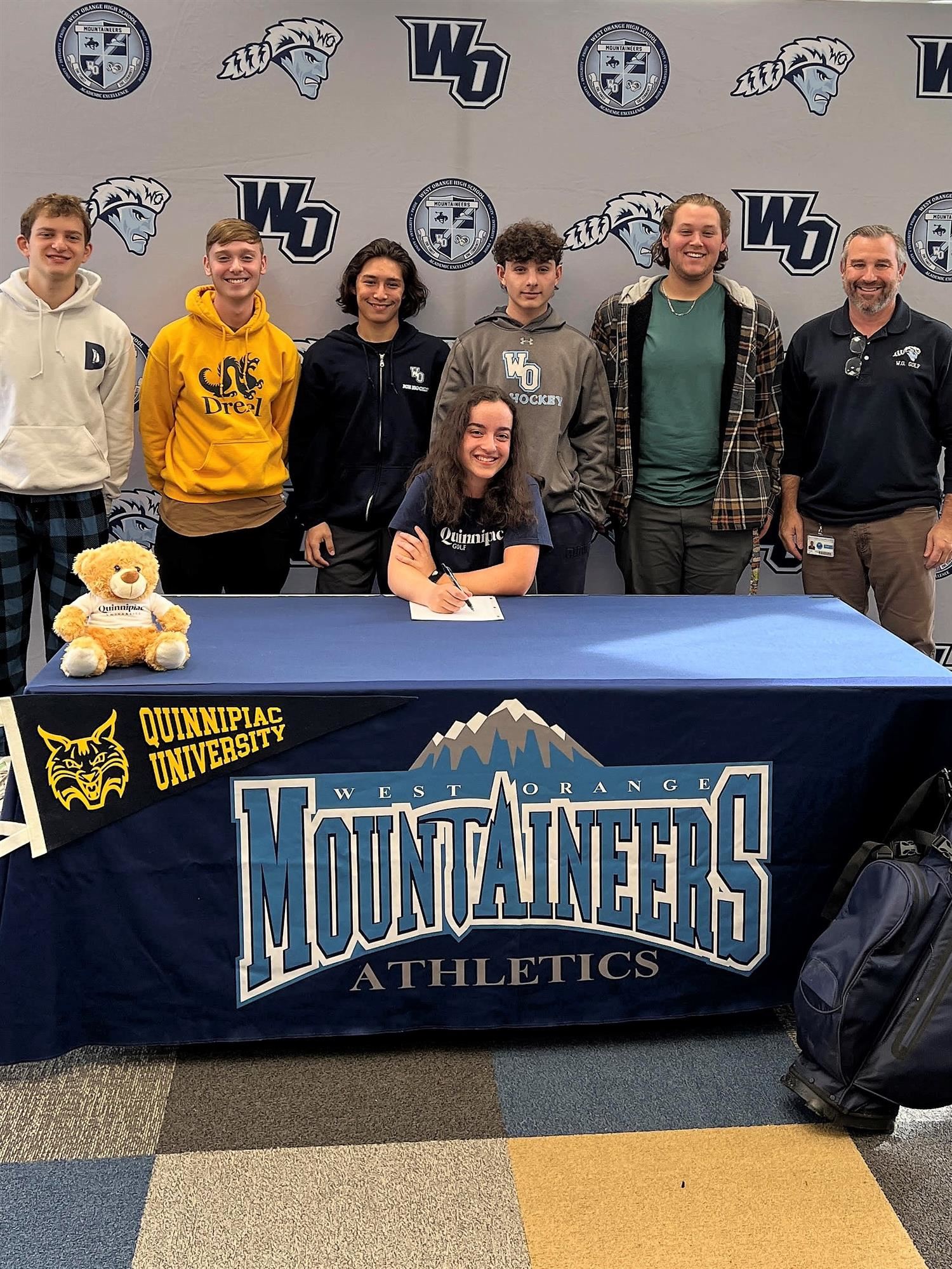