West Orange High School Art teacher Nicole Krulik was approached earlier in the year by the high school administration to create a project based on feedback from students who felt a mural of this nature would be positively impactful. Krulik reached out to renowned artist Andrea von Bujdoss, who is known worldwide for her large-scale, colorful typographic murals that focus on positive and motivational messages. After studying her work earlier in the year, students in Krulik's Urban Art group were thrilled to hear von Bujdoss would be designing the mural and had the opportunity  along with Krulik to help Queen Andrea complete the project. Von Bujdoss  plans to return to WOHS to work with the Urban Art students on a SEL typography project in the near future.

The new mural is located on the first floor by the Wood Shop Studio. 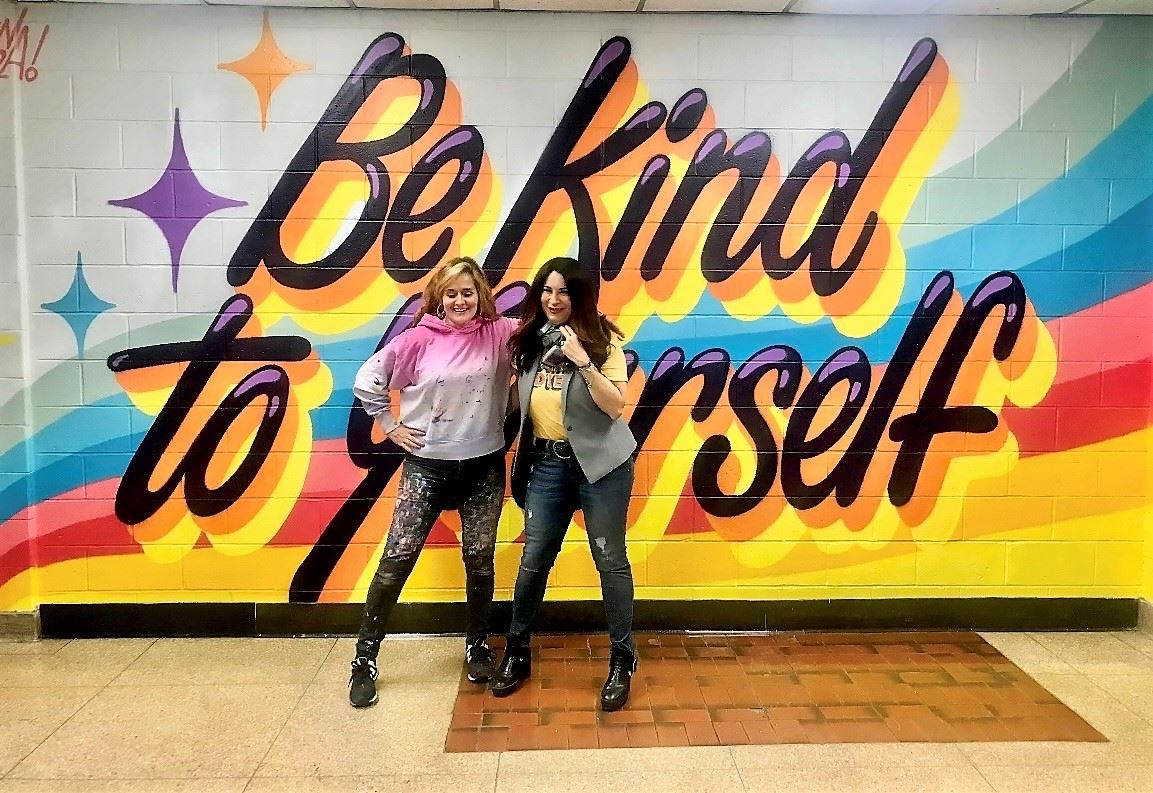