She was hired as Head Custodian to replace the beloved Jimmy Smith, who dedicated 39 years to West Orange Schools and retired at the end of the 2021-2022 school year.

“He taught me everything I know,” said Bermudez, “and we are still good friends. He was my “work husband,” she laughed.

Bermudez, who is Peruvian, moved to the Mt. Pleasant area of West Orange with her husband in the 1990s because they had heard good things about the school district. Once her three children were in school full-time, Bermudez learned of an opening in the kitchen at Gregory and began working part-time. She did so well that she became a full-time Kitchen Manager and spent several years managing the Gregory and Edison Middle School kitchens. When a night shift at Redwood Elementary opened nine years ago, Bermudez took the opportunity and began working two full-time jobs as Kitchen Manager and custodian from 7:00 am – 11:00 pm.

“It put my kids through college,” she noted.

“I’m so proud of them. They are all professionals,” she added.

Bermudez recruited her friend Maria Cruz to come to work as a custodian at Redwood as the strain of two jobs began to get to her. Cruz also made West Orange district history as the first-ever female hired as a custodian in the district. She began work in 1999 and has worked at West Orange High School, Roosevelt Middle School, Kelly Elementary, and Redwood. Cruz is originally from Puerto Rico.

The importance of these groundbreaking women was not lost on Redwood Principal Kimya Jackson, who wanted to get the news out about their glass-ceiling accomplishments as the district begins National Hispanic and Latino Heritage Month on Sept. 15.

Most community members are unaware that custodians are on-site at each school for three shifts on a daily basis. During the pandemic, Bermudez explained that they were only off for one month and spent the rest working to prepare the schools for reopening. When students and staff returned to the buildings, the cleaning protocols put in place became an exhausting task for custodial staff, who rose to the occasion and became the unsung heroes of the pandemic crisis.

Now that Bermudez is Head Custodian, she is grateful to those who helped her along the way.

“I want to thank Ms. Jackson for believing in me,” she noted, as Ms. Jackson responded, “It was all you. You did this!”

“I’m a little nervous. I want to do my best,” Bermudez said.

For the unassuming Bermudez, the most surprising – and impactful – result of her new position has been the outpouring of support from women, in and out of the school district.

“They are reaching out to me and thanking me and saying, ‘you have opened the door for us. Now we can do this too.” 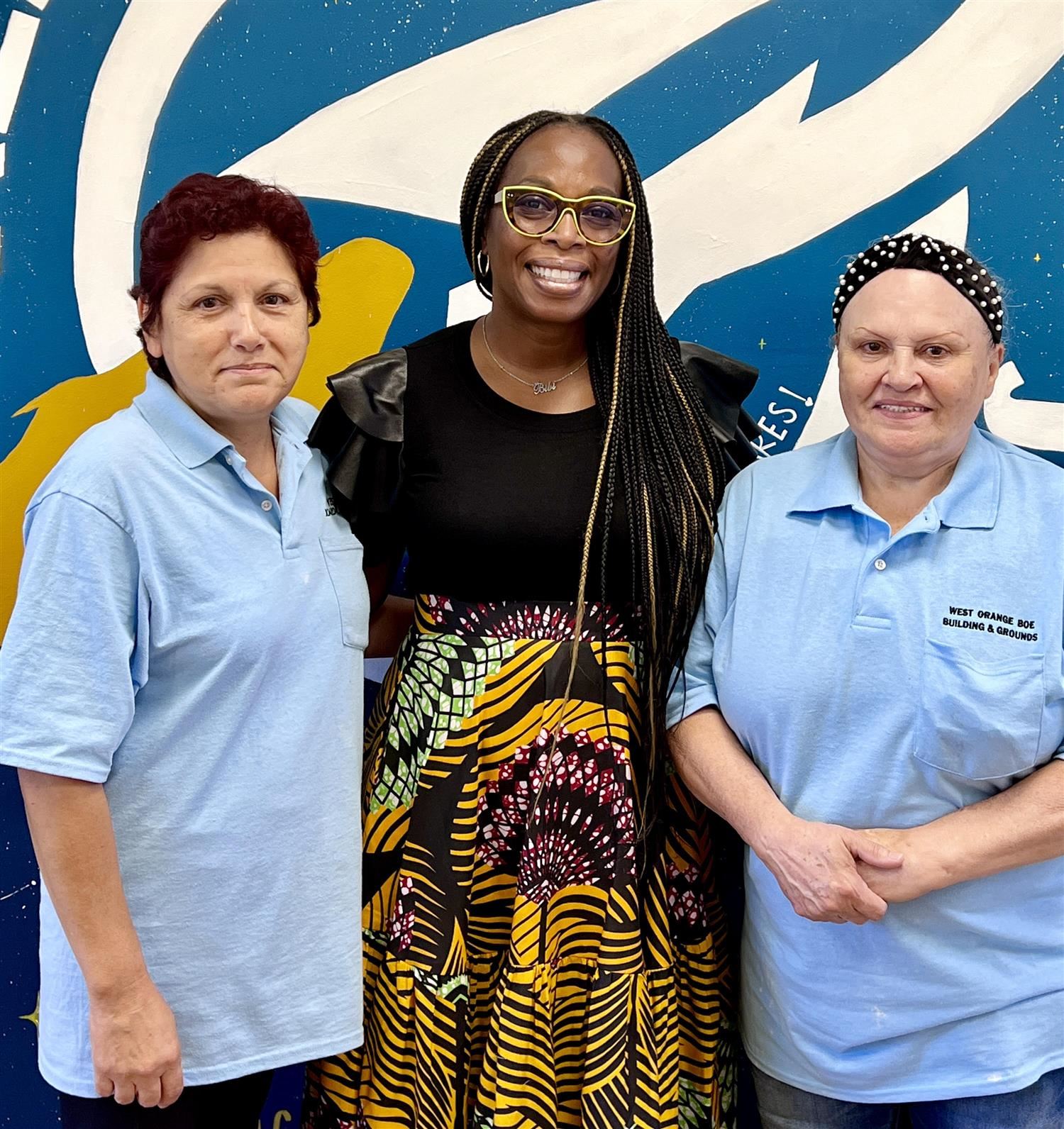