WEST ORANGE, NJ -  Kelly Elementary School held a "Patriot Day" assembly on Sept. 12 to honor the memory of those that perished on 9/11 and assure students that despite the tragedy, "We Knew Everything Would be Alright."

The students at Kelly Elementary were born long after 9/11 when terrorists attacked America and nearly 3,000 lives were lost. But to the faculty and staff, it remains a memory that seems like it only happened yesterday. Principal David Marion asked the fifth grade staff if they would put together an assembly to remember 9/11 but also reassure the students that there was no need to fear.

Kelly Music teacher Deb Rees led students in patriotic songs like the Star Spangled Banner and God Bless America and students read "We Knew Everything Would be Alright," published by First grader students at Masterson Elementary School in Kennet, Missouri in 2002, about the day after the tragic events of September 11. The book reminds its readers that although 9/11 happened, life went on.

9/11 is now also known as Patriot Day, a National Day of Mourning. A bill to make September 11 a national day of mourning was introduced in the U.S. House on October 25, 2001, by Rep. Vito Fossella (R-NY) with 22 co-sponsors. The result was the resolution to proclaim September 11, 2002, as the first Patriot Day. The assembly ended as students sang the Kelly School song. 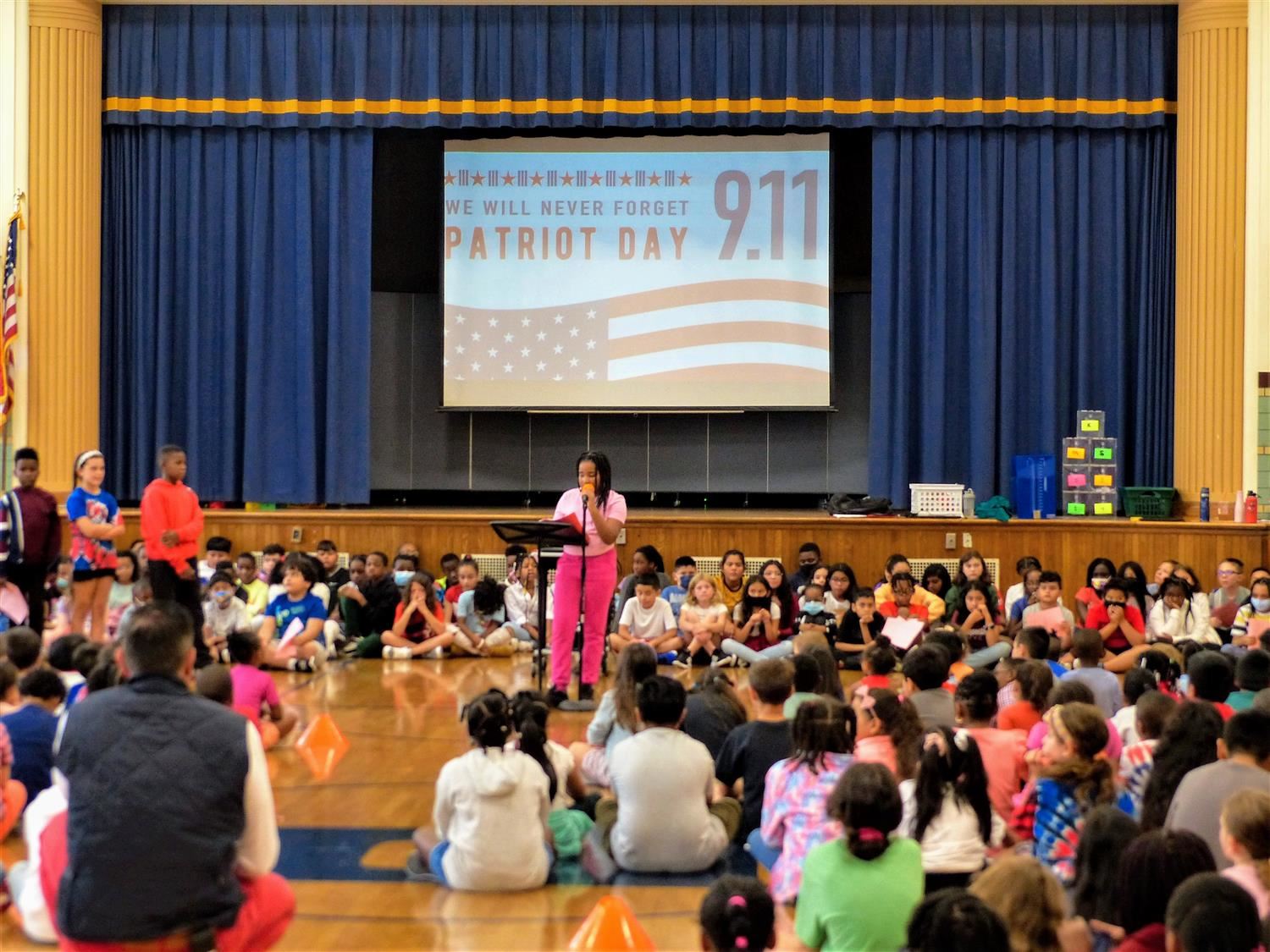