WEST ORANGE, NJ – Long-time educator David Marion has been named the new principal of Kelly Elementary School. He began work in mid-August to prepare for the start of the new school year.

Marion, a Verona resident, worked in the Dover School District for 20 years and served as principal of Academy Street School for the past 12. He received a degree in Marketing at Montclair State University in 1997, an Elementary Education and Teaching degree from Caldwell University in 2002, and a Master’s in Educational Leadership and Administration at Centenary College in 2008. He also served as an elementary school teacher and Assistant Principal.

Marion cited “quality of life” as his primary reason for wanting to make the switch from Dover to West Orange.

Marion’s oldest son recently married and his youngest is a junior at Verona High School. Over the years, he has coached many of their sports teams, but the lengthy commute back and forth to Dover always posed a challenge.  He also wanted to spend more time with his son, friends, family, and enjoy time golfing, paddle boarding, and surfing. Feeling the need for a change, Marion applied for only one position, which was for Kelly Elementary School Principal. During the interview process, he felt it was the perfect fit, and he was ultimately hired.

"Having grown up in Verona, I am aware of the remarkable reputation West Orange Schools have. It was this reputation, along with the town's diversity, that interested me in applying for the principalship at Kelly," he said.

"We sat down and reviewed all my ideas, and many of hers aligned as well. Dr. Pollara is a wealth of knowledge and so awe-inspiring," he enthused.

In describing his leadership style, Marion noted, "My leadership style is inclusive. Everyone should have a part and have a say. I know the buck stops with me, but I want to have everyone's consensus. I'm fair, but you put the children first. I like to lead by example - let me prove it to you."

“I know the buck stops with me, but I want to have everyone’s consensus. I’m fair, but you put the children first. I like to lead by example and prove it.”

Marion considers his passion as an educational leader is to build a student-centered community where all members of the school family contribute to the success of all students, and students feel supported emotionally, intellectually, and academically.

In addition to meeting with Dr. Pollara, former principal Joel Castillo (who transferred to Hazel Elementary), and staff members, Marion met with Kelly PTA members to plan events, and a School Spirit Committee was formed. Recent improvements have been made to the playground area for the new school year.

This year’s theme at Kelly is “the future is now.”

“We have a golden opportunity to create change and build a special community here,” Marion explained, “and if my past few weeks here are any indication, we are going to have a great year.”

When asked what kind of legacy he would like to leave, Marion stated, “I want to be remembered as someone who cared – kindness is a superpower. If a student learns to be kind, we have succeeded.” 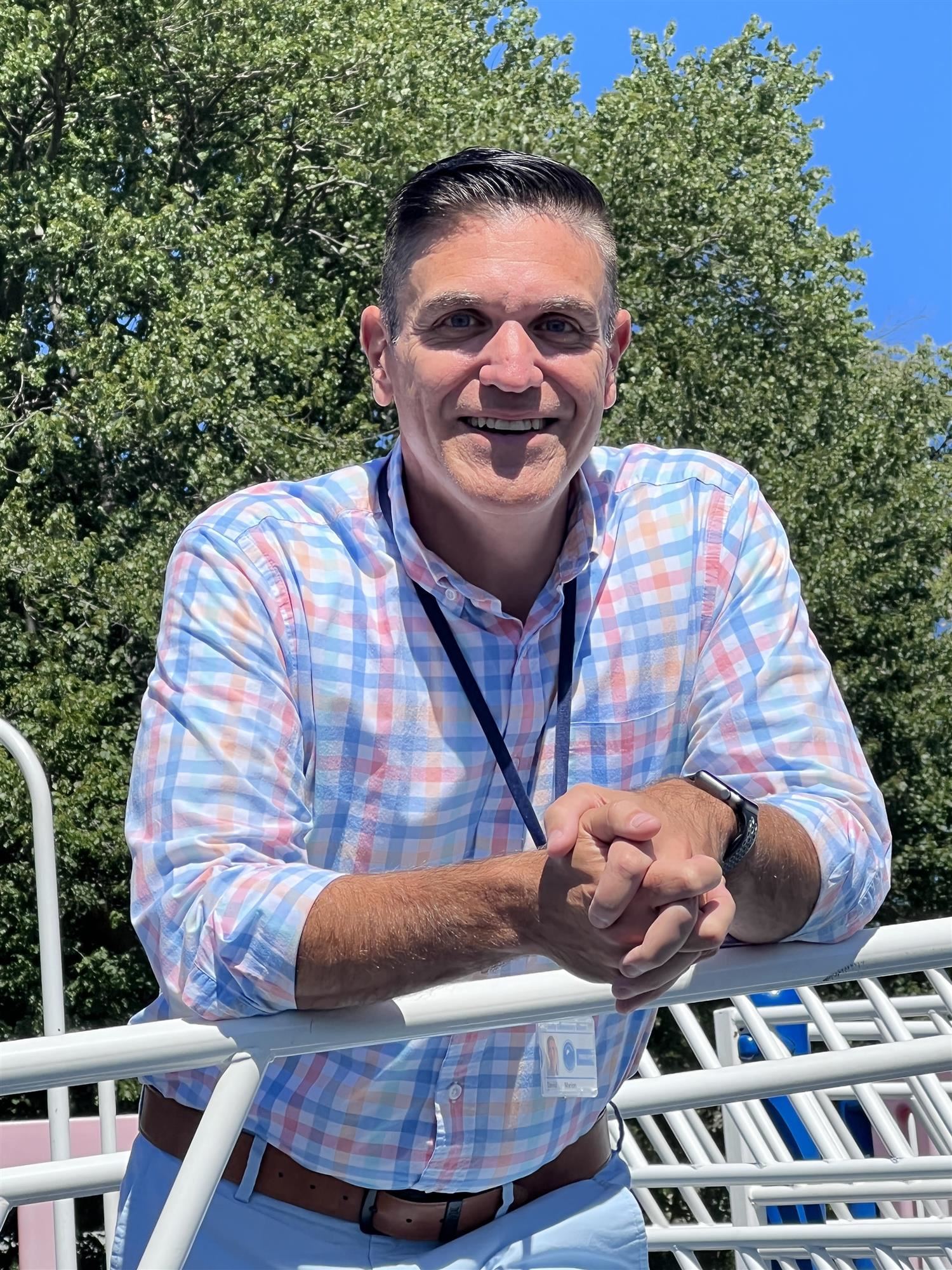