Kiley joins a legendary group of athletes who have been nominated for the chance to play in the nation’s premiere showcase – including Michael Jordan, Candace Parker, LeBron James, Maya Moore, Trae Young, Breanna Stewart and many more.
Capstraw signed with Yale University in December to play D1 Basketball and has enjoyed a storied career at West Orange. She is a stellar student who maintains an “A” average, pursuing a rigorous course load while excelling as an elite athlete. Her leadership abilities extend beyond the classroom and court/field.

She is a member of the National Honor Society, Managing Editor of The Pioneer Newspaper, Mountaineer Mentor, Teen Pep Educator, Daughter of Israel participant, and volunteer for the NJ Belles.

Kiley plans to major in Psychology at Yale. 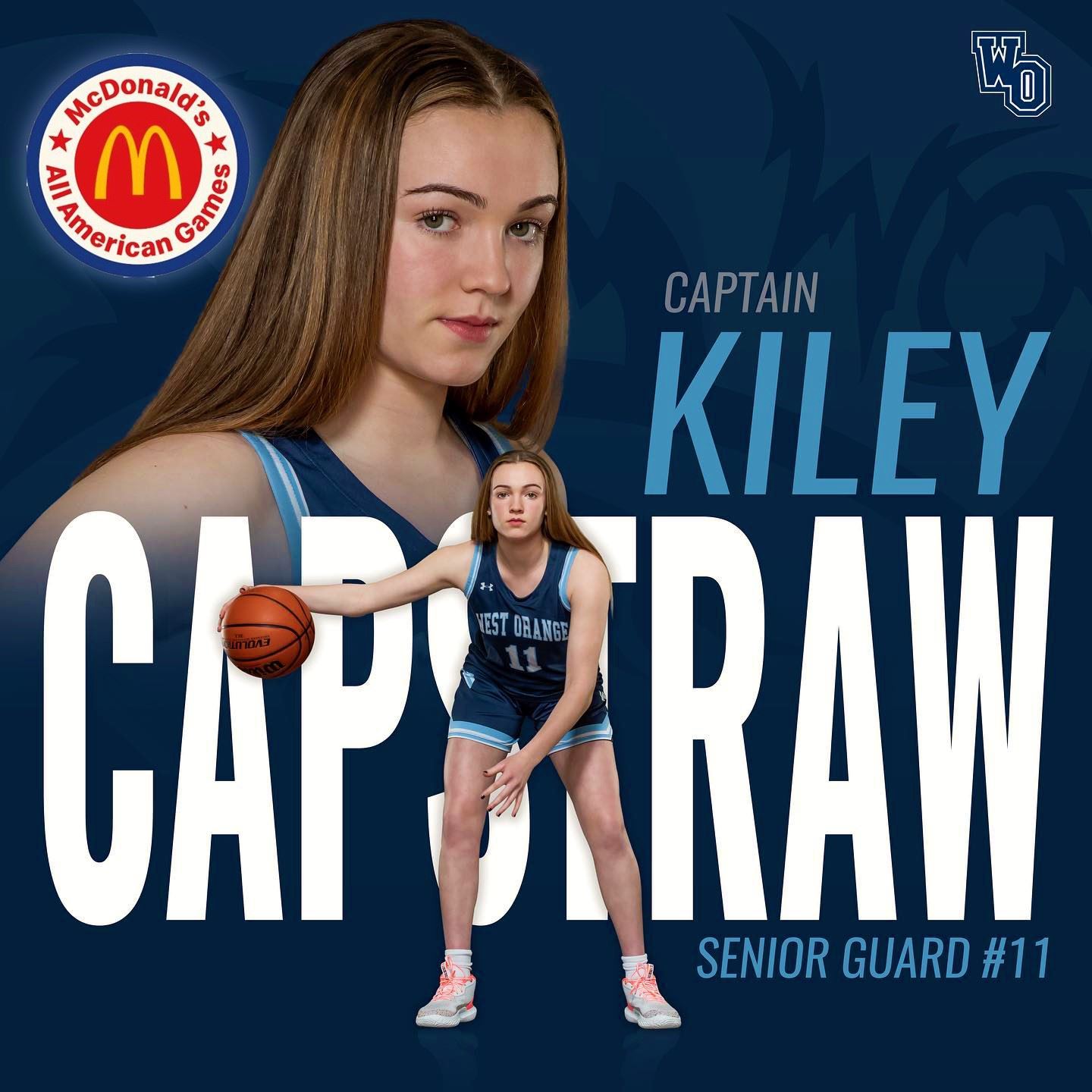