It was a sweet victory for the Mountaineers, whose only defeat this season was against Livingston on Sept. 20 and their first win against them since 2018.

“This was a huge win for the boys in the Essex County Tournament semis,” said Head Coach Doug Nevins.

“Beating an excellent Livingston team was huge because it was the only team we’ve lost to all year.”

A red card issued to Livingston goalie Logan Paredes for coming off his line to challenge too late at the top of the box gave WOHS senior Ari Rosu the second goal of the game and put the Mountaineers in the lead, 2-0, towards the end of the first half. Goals by Rosu, Arthur Rosu, Kennedy Ibizem, and Mason Bashkoff (recently named one of the three top juniors in NJ Boys Soccer by NJ.com) sealed the win, sending West Orange to the ECT finals for the first time since 2012. Their last ECT win was in 2006.

West Orange has won only one game against Seton Hall Prep in their last five outings, but West Orange is up for the challenge on Oct. 17 at Belleville in a game beginning at 5 pm.

See all the photos from the game HERE. (All photos courtesy of Perry Bashkoff, Buzz1441). 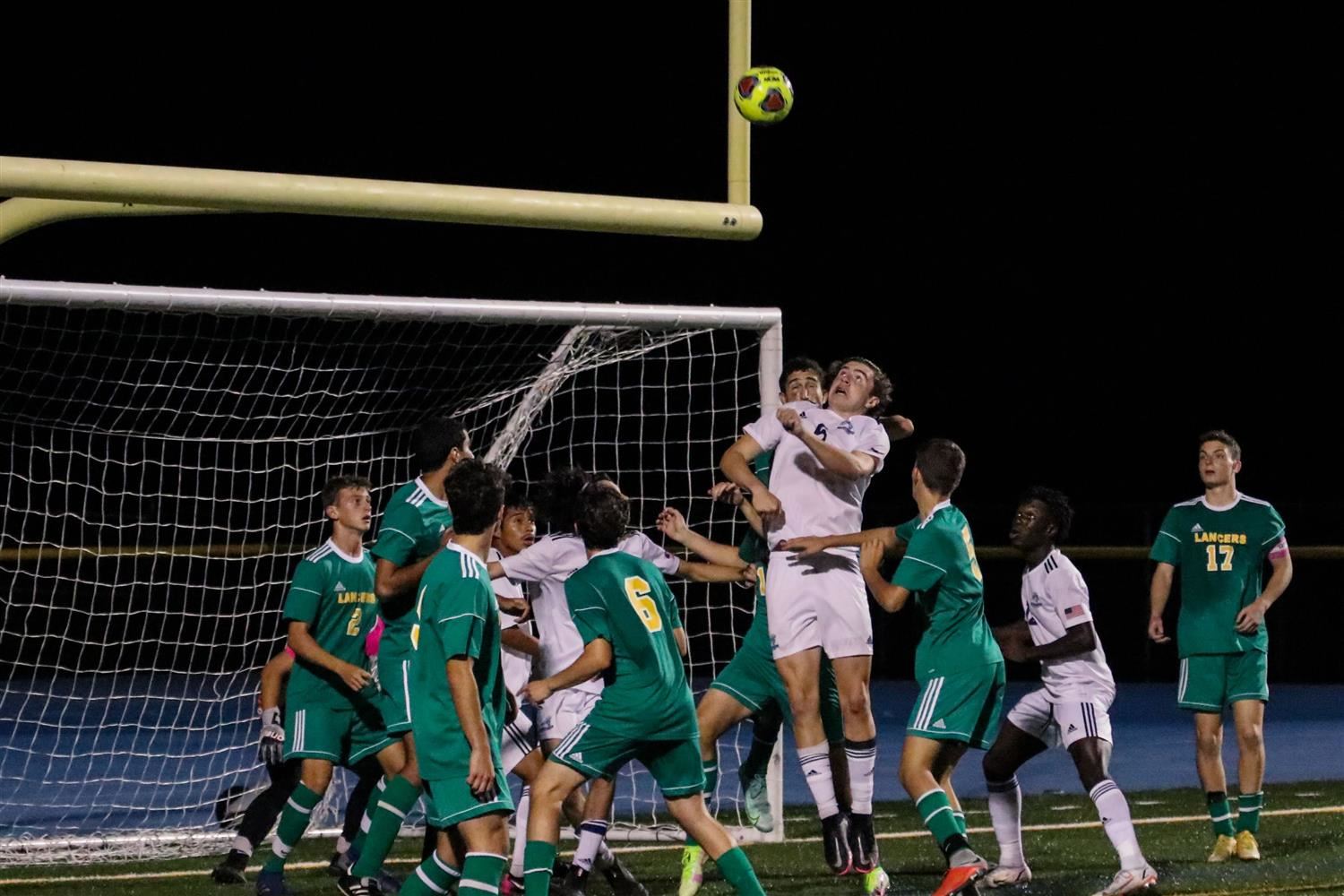 Arthur Rosu at the goal line.