Approximately 80 musicians and dancers are part of this year’s marching band. Band Director Lew Kelly and Assistant Band Director Erin Lagatic worked with Booster Club parents to set up and break down during the halftime routine, which was received with applause by the onlookers.

The Marching Mountaineers perform at every football game as well as competitions each season. The annual West Orange Marching Band Invitational is scheduled at the high school as an all-day event on Oct. 9, with the largest complement of participating bands to date. For more information, visit the WOHS Music Booster website here.

SEE ALL THE PHOTOS OF THE MARCHING MOUNTAINEERS PERFORMING “SUPER!” HERE. 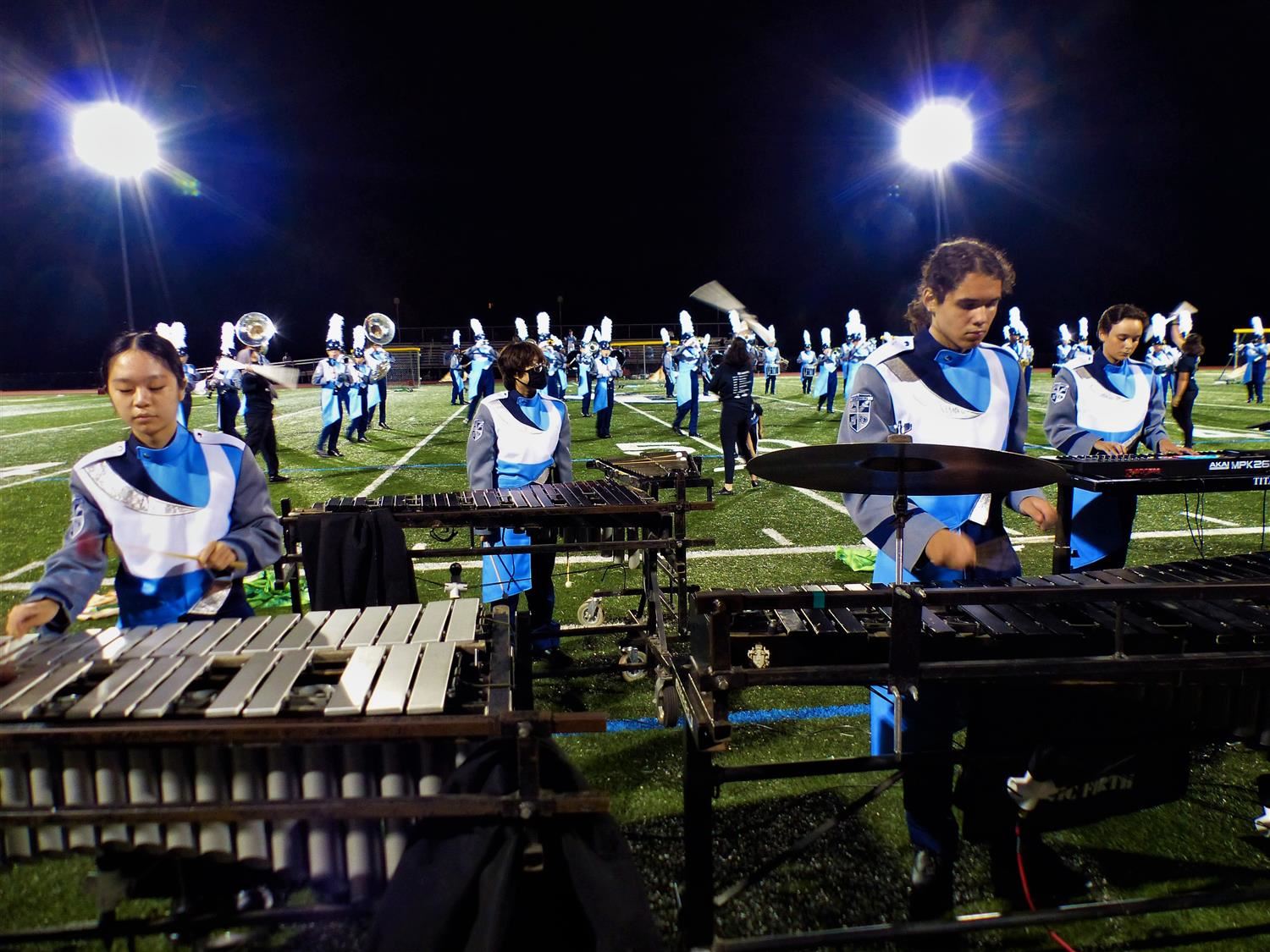 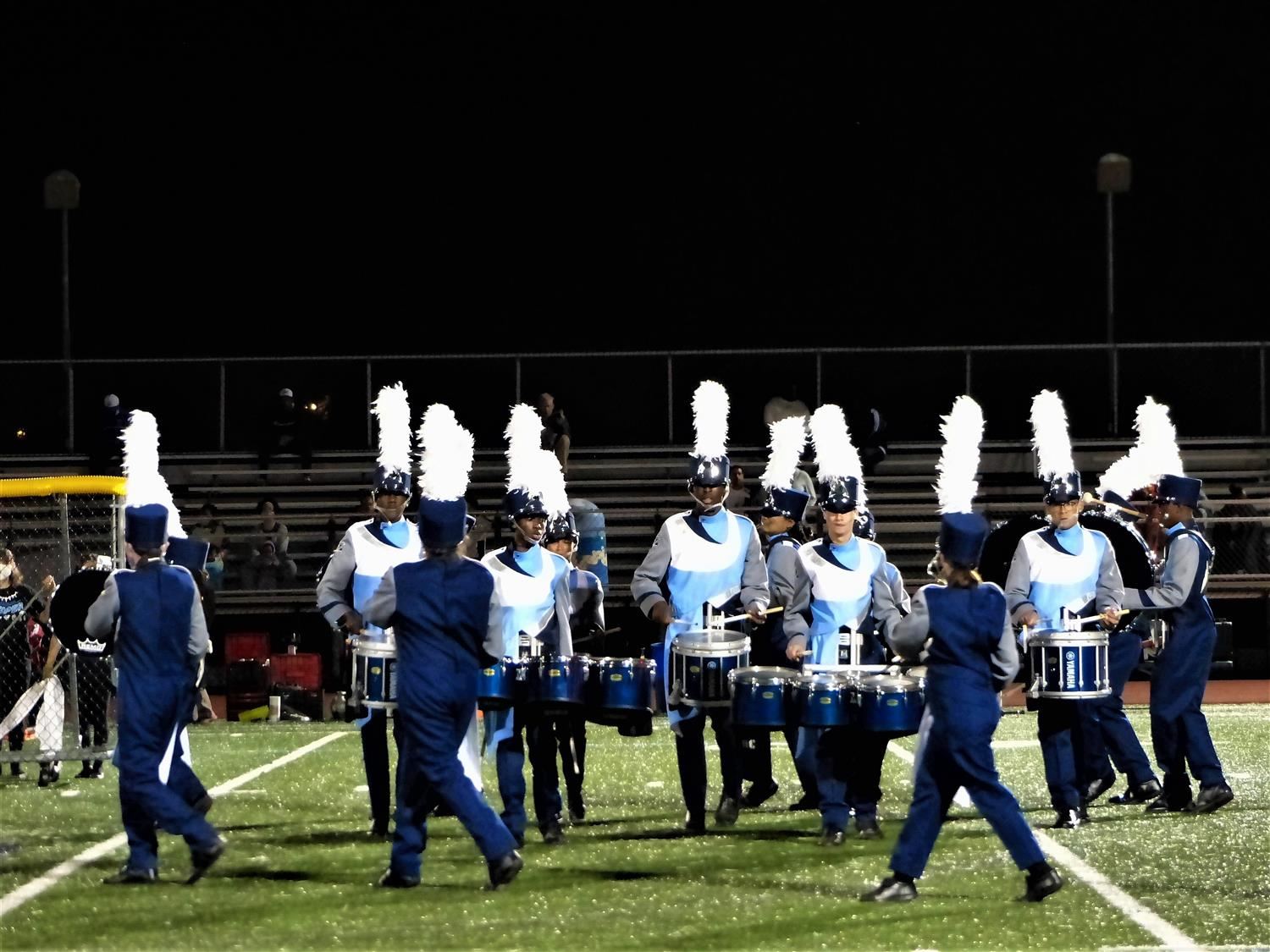 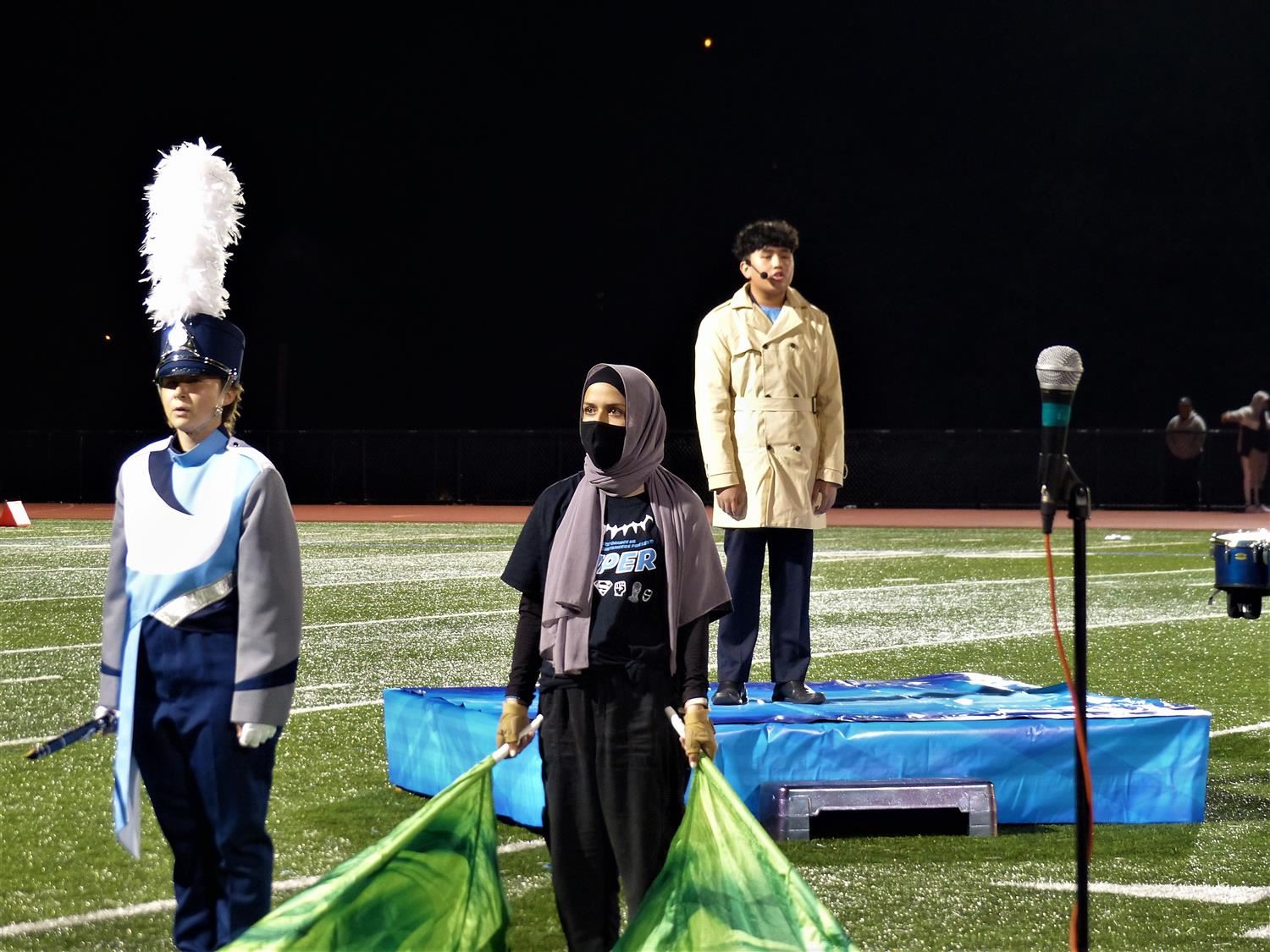