WEST ORANGE, NJ – “If I have seen further it is by standing on the shoulders of Giants.” – Sir Isaac Newton, 1675

The Library Media Center at West Orange High School was filled with fashionable women of all ages dressed in shades of pink and green, celebrating not only the unveiling of the portrait of West Orange-born educator Anna Easter Brown, but the day itself. The West Orange School District partnered with the West Orange African Heritage Organization (WOAHO) to honor Brown, but they were also there to celebrate the very first Juneteenth, the nation’s newest federal holiday.

“We have four generations in the same room today to honor a West Orange historical figure, but also to reflect on slavery,” said WOAHO Historian Brent Scott.

“As George Santayana noted, “Those who cannot remember the past are condemned to repeat it,” he added.

Also known as Freedom Day, Jubilee Day, Liberation Day, and Emancipation Day, Juneteenth is a holiday celebrating the emancipation of those who had been enslaved in the United States. It commemorates the anniversary date of the June 19, 1865 announcement by Union Army general Gordon Granger proclaiming freedom from slavery in Texas, two years after the official Emancipation Proclamation.

Anna Easter Brown was born in West Orange in 1879 and graduated from West Orange High School in 1897. She received her Bachelor’s Degree from Howard University and went on to complete graduate work at Columbia University. She moved to North Carolina and taught high school for nearly 40 years.  Anna Easter Brown became a spokeswoman for educational literacy, preservation of Black History, Women’s Rights, and equal rights for African Americans. She served as an educator, writer and community leader for more than three decades. She passed away in 1957.

“I am the first African-American Principal at West Orange High School,” began Hayden Moore,” and there would be no Hayden Moore without trailblazers like Anna Easter Brown.”

“We will all be able to say we were part of the first Juneteenth,” noted Superintendent Dr. J Scott Cascone.

“It will be an annual opportunity to require us to take stock of where we are. It’s in the history books now, but it was not…Anna Easter Brown may have remained mostly anonymous to students who have walked the halls of West Orange High School, but not anymore.”

The group of women dressed in pink and green were sorority sisters (“Sorors”) of the Alpha Kappa Alpha Sorority, Inc., founded at Howard University in 1908 as the oldest Greek-letter organization established by collegiate African-American women. Brown was one of nine women who formed Alpha Kappa Alpha at a time when only 1,000 African-Americans were enrolled in college nationally. Brown could not have realized the impact that the formation of the AKA Sorority, Inc. would have.

Alpha Kappa Alpha Sorority, Inc. “was founded on a mission comprised of five basic tenets that have remained unchanged since the sorority’s inception more than a century ago. Alpha Kappa Alpha’s mission is to cultivate and encourage high scholastic and ethical standards, to promote unity and friendship among college women, to study and help alleviate problems concerning girls and women in order to improve their social stature, to maintain a progressive interest in college life, and to be of “Service to All Mankind." The sorority today has 1,706 chapters and over 300,000 members, including well-known sisters Kamala Harris, Maya Angelou, Gladys Knight, Toni Morrison, Coretta Scott-King, and Felicia Rashad. (Several of the event planners are also members of AKA: Althia Tweiten, Terry Trigg-Scales, Dr. Sonnye-Ryse S. Smith, and Kathy Lisenco.)

“You may not know their names, but the world is the way it is because they were here,” she noted.

Board of Education President Terry Trigg-Scales shared with the audience how she was one of 50 African-American students at Trenton State College (now the College of New Jersey) in 1971 out of a class of 4,000. With 14 charter members Trigg-Scales was able to open the first Greek chapter of Zeta Sigma under the umbrella of the AKA.

WOAHO President Althia Tweiten, Trigg-Scales, Moore, and Dr. Cascone then unveiled the portrait, which will be hung outside the Conforti office.

After sharing the poem “Make a Difference,” Kathy Lisenco reminded guests of a quote by Alice Walker:

“Look closely at the present you are constructing...
it should look like the future you are dreaming.”

“I think Anna Easter Brown would have been so proud to be here today,” Lisenco concluded.

See all the photos from the Anna Easter Brown event here. 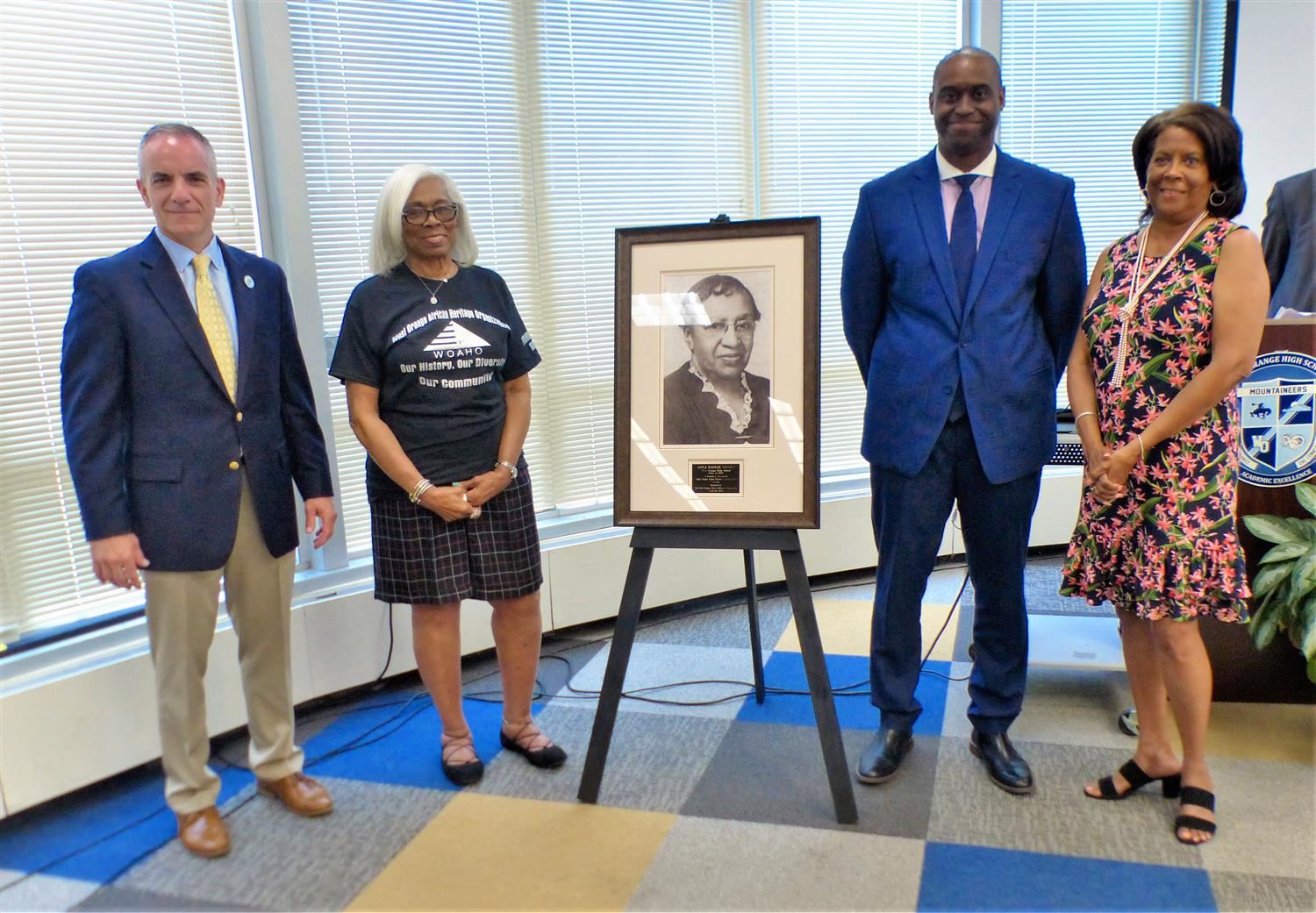 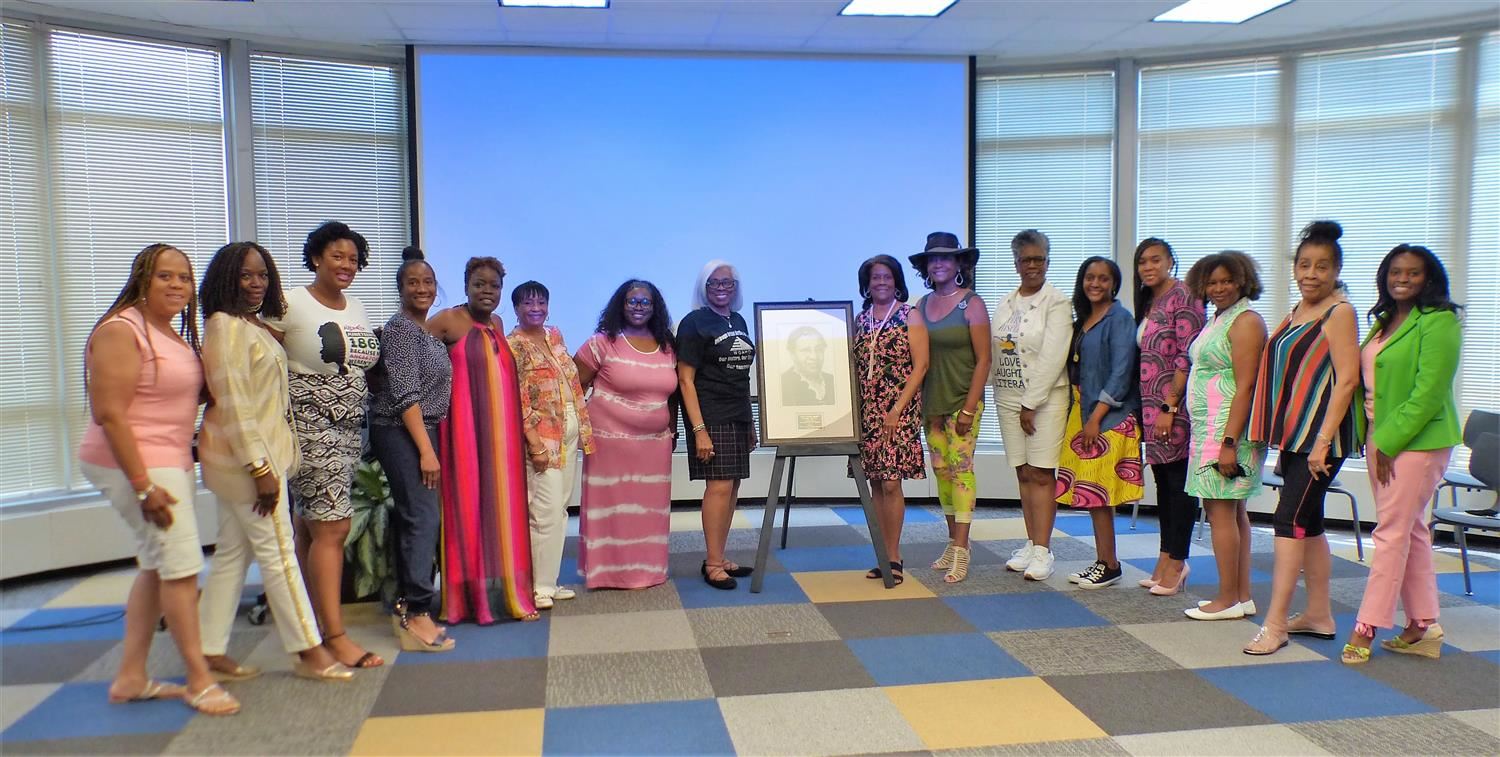 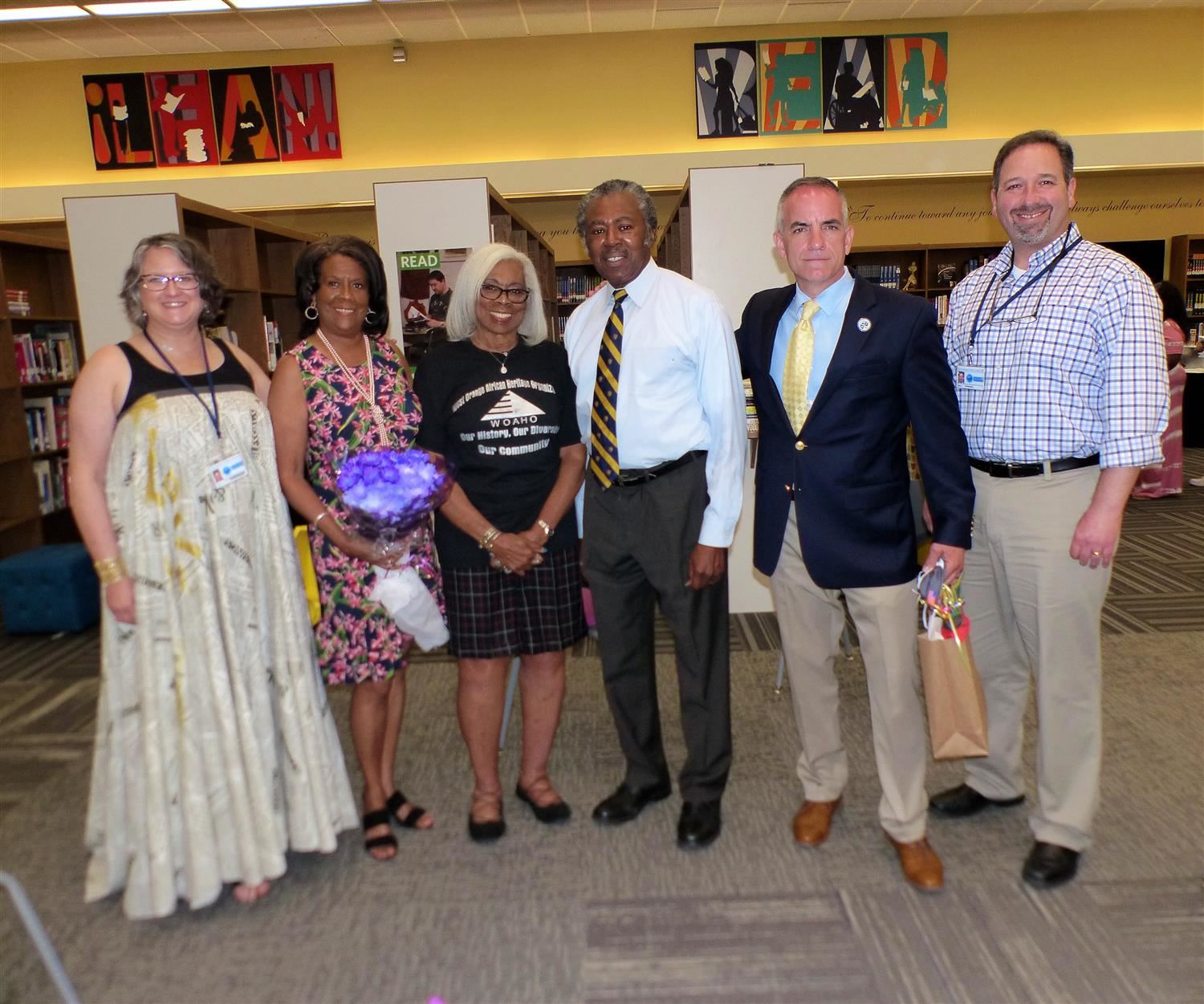