The effort was a collaboration between West Orange High School, the Oskar Schindler Performing Arts Center, and the West Orange Arts Council, who provided the pizza. West Orange Superintendent of Schools Dr. Scott Cascone even stopped by to join in the painting.

"I was eager for the West Orange Public Schools to use the OSPAC space, began Velazquez, "so after coming up with the idea, getting approval and support from appropriate people, we made it happen with an interactive mural celebrating Pride."

The team will be back at OSPAC from 3:00-6:00 on June 20 to finish the mural, which is comprised of blocks that can be wired and hung together. The goal is to create an itinerant work can be exhibited in several locations. The community is invited to join in the painting on the 20. 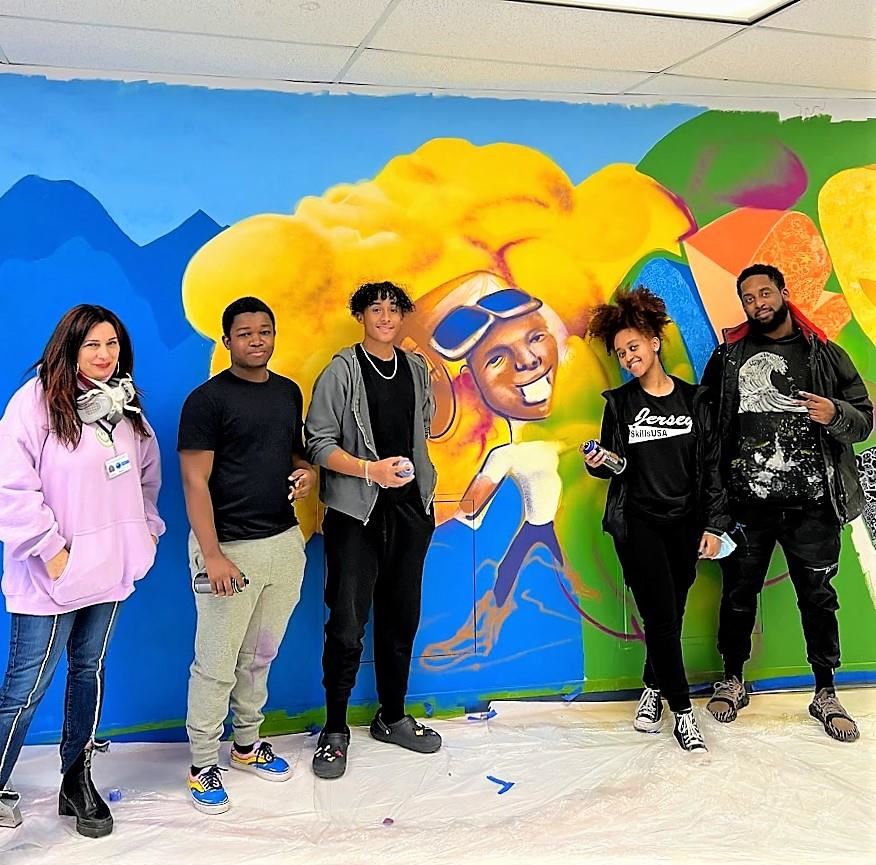 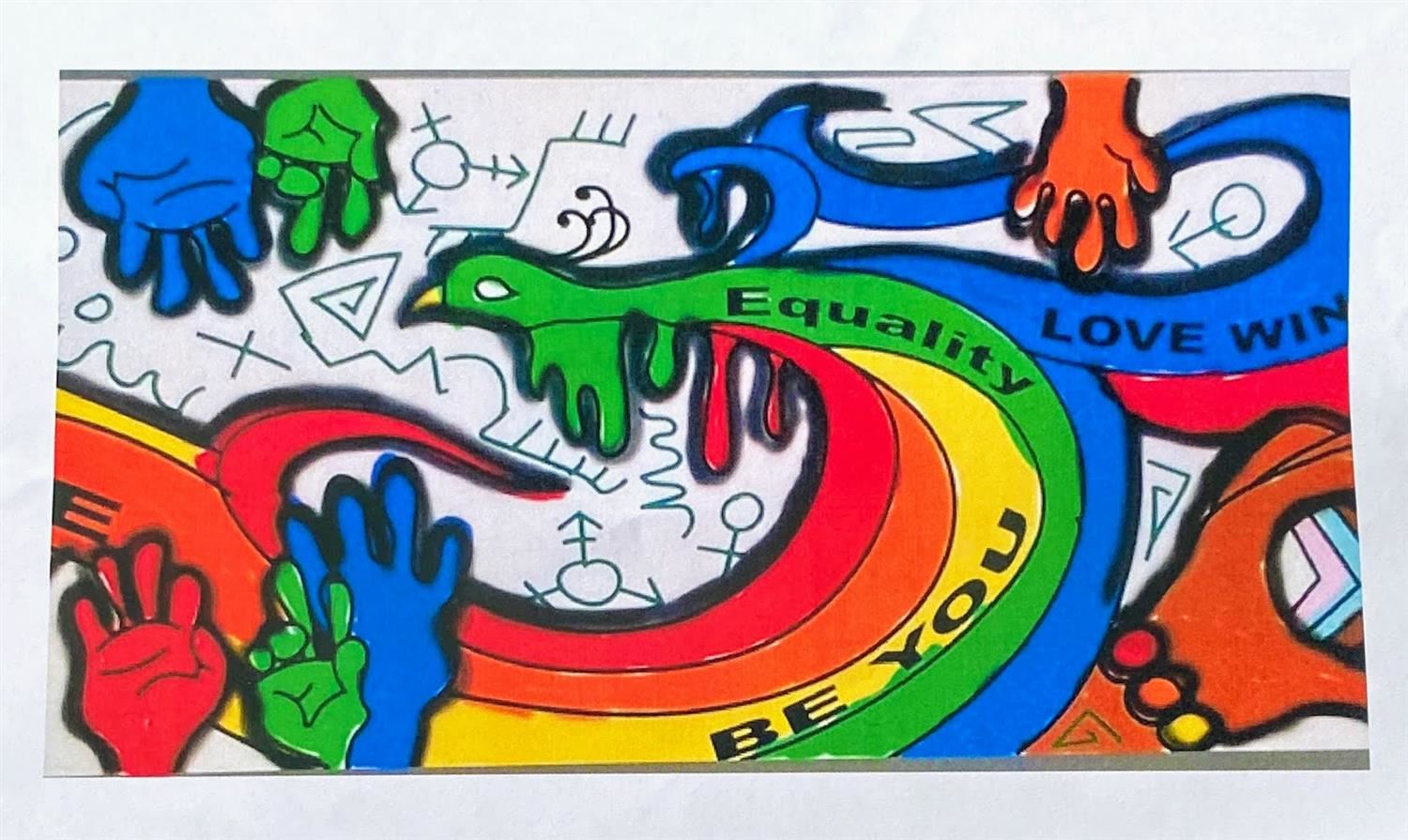 A rendering of the completed mural. 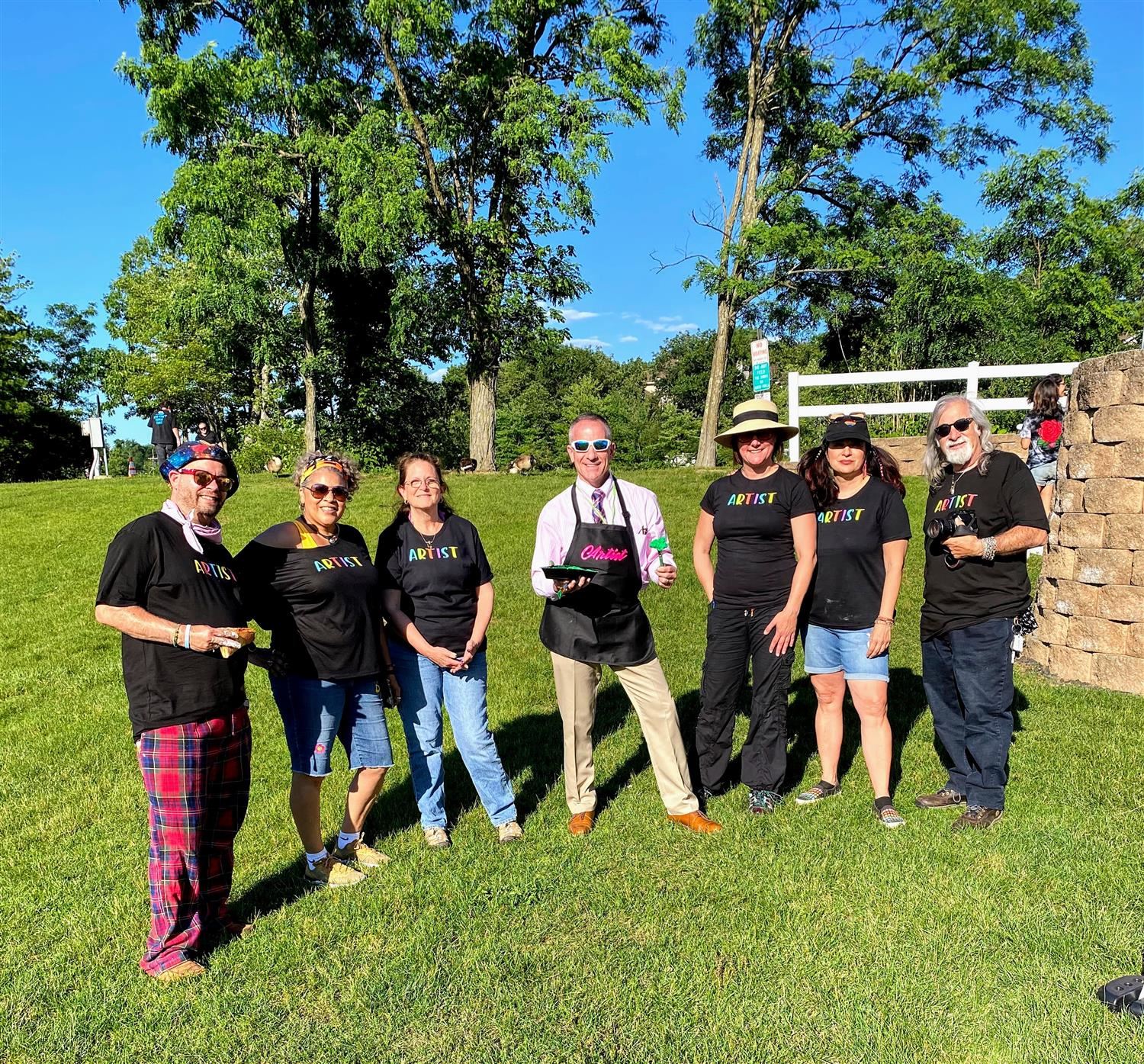