WEST ORANGE, NJ – In its first public event in 15 months, West Orange Township and the West Orange JRAFROTC honored the 156 residents who perished in war and recognized its future heroes during the annual Memorial Day Ceremony. Township officials, WOPD, WOFD, West Orange School District board members, and the community gathered for the hour-long ceremony.

The ceremony also recognized the Glennon-Sayers VFW Post 376, celebrating its one-hundredth year, and Commander Ralph Panciello, who passed away in March at the age of 93. Members of the JRAFROTC presented Panciello’s family with a shadow box and a township flag.

Color guards representing the JRAFROTC and West Orange Fire and Police Departments presented the colors and the ceremony began as Mayor Parisi noted the breaking clouds overhead were perhaps a symbol of moving forward from the pandemic, which claimed the lives of 230 West Orange residents. A memorial is planned in the future to honor their memory.

Mayor Robert Parisi thanked police, fire, and department of public works staff, many in attendance, who worked non-stop through the pandemic.

“They all went to work every day and worked at a frantic pace to keep us all safe,” Parisi explained.

He also recalled Panciello and West Orange resident Gary Englert, who organized the ceremony from 1999-2015 and restored the monuments in Veteran’s Plaza next to Town Hall. Englert also instituted the annual program of recognizing 360 West Orange veterans with the New Jersey Distinguished Service Medal, making West Orange “New Jersey’s Most Decorated Community.” Englert passed away in 2015.

Positioned along the downtown corridor are banners of veterans and those currently in service to our country. The “Hometown Heroes” banners are a reminder to the community of those who put “service above self.” The program was initiated by the Downtown West Orange Alliance.

Major Joseph Marchesini (USAF Ret.) called on ROTC cadet Nathaniel Vinoya to announce his full JRAFROTC Scholarship to the Honors Engineering School at Rutgers University, and Royson Folas, who will be attending West Point. Folas is the eleventh West Orange High School student to attend a military academy since 2013.

Councilpersons Susan McCartney, Michele Casalino, Tammy Williams, and Bill Rutherford, along with Superintendent of Schools Dr. Scott Cascone placed wreaths in Veteran’s Plaza as Township Historian Joe Fagan regaled the crowd with the infamous tale of WWII veteran and town hero Sonny Ciamillo. Ciamillo was serving on the battleship Massachusetts in 1942 when the US Navy fired their first shots of the war. He went on to serve on the Lo, which was attacked by a kamikaze pilot. Ciamillo lived to tell the tale, which he kept silent for 67 years. The complete text of Fagan’s speech can be found here.

“Although we gather together in remembrance of those who have fallen let us also remember the way each of our veterans lived,” stated Fagan.

“We come this day not to mourn them - but to praise them and to thank them. Our flag doesn’t fly because the wind moves it, it flies because of the last breath of each man and woman who died protecting it. They will forever be our West Orange hometown heroes,” he concluded.

See all the photos from the Memorial Day Ceremony here. 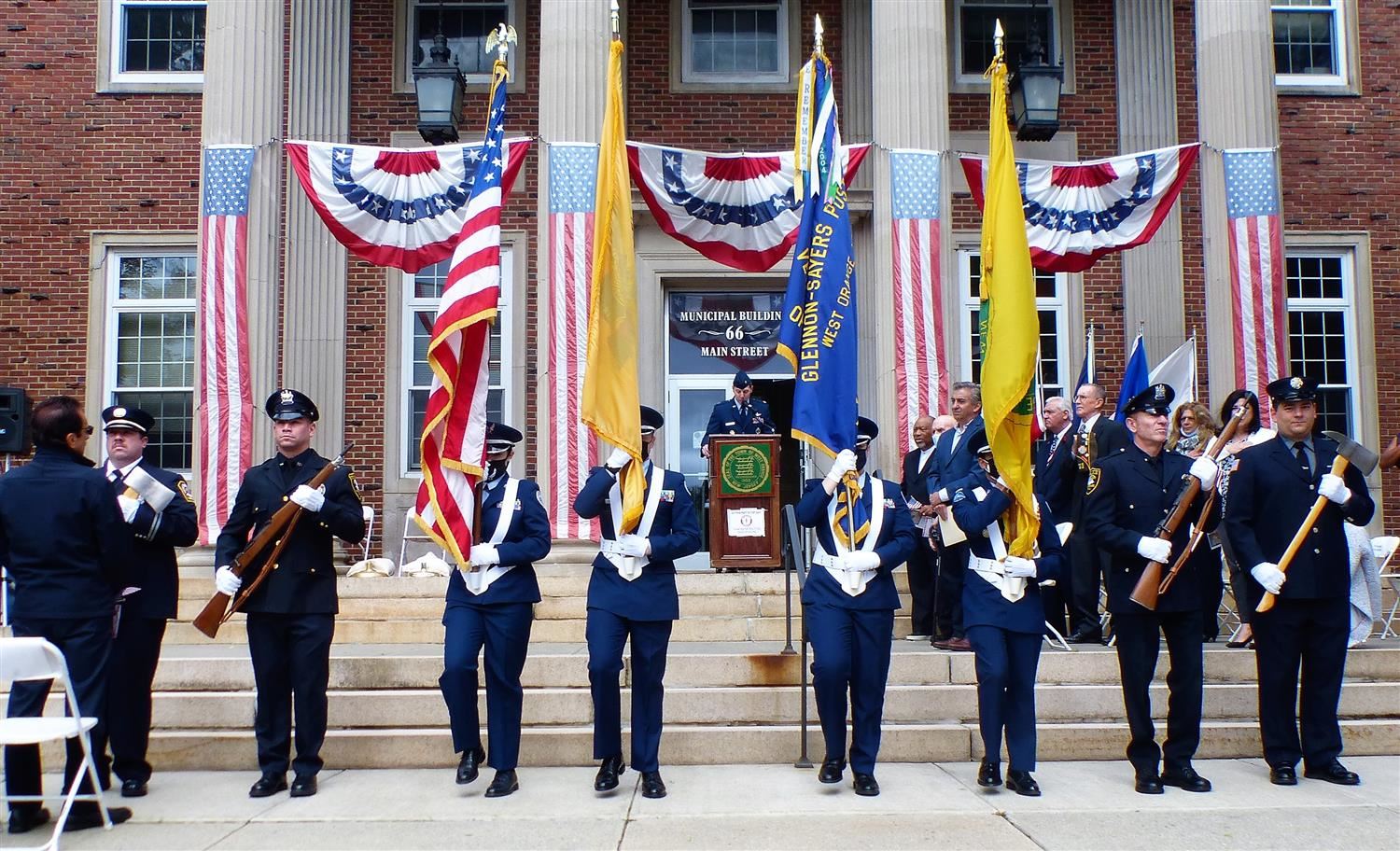 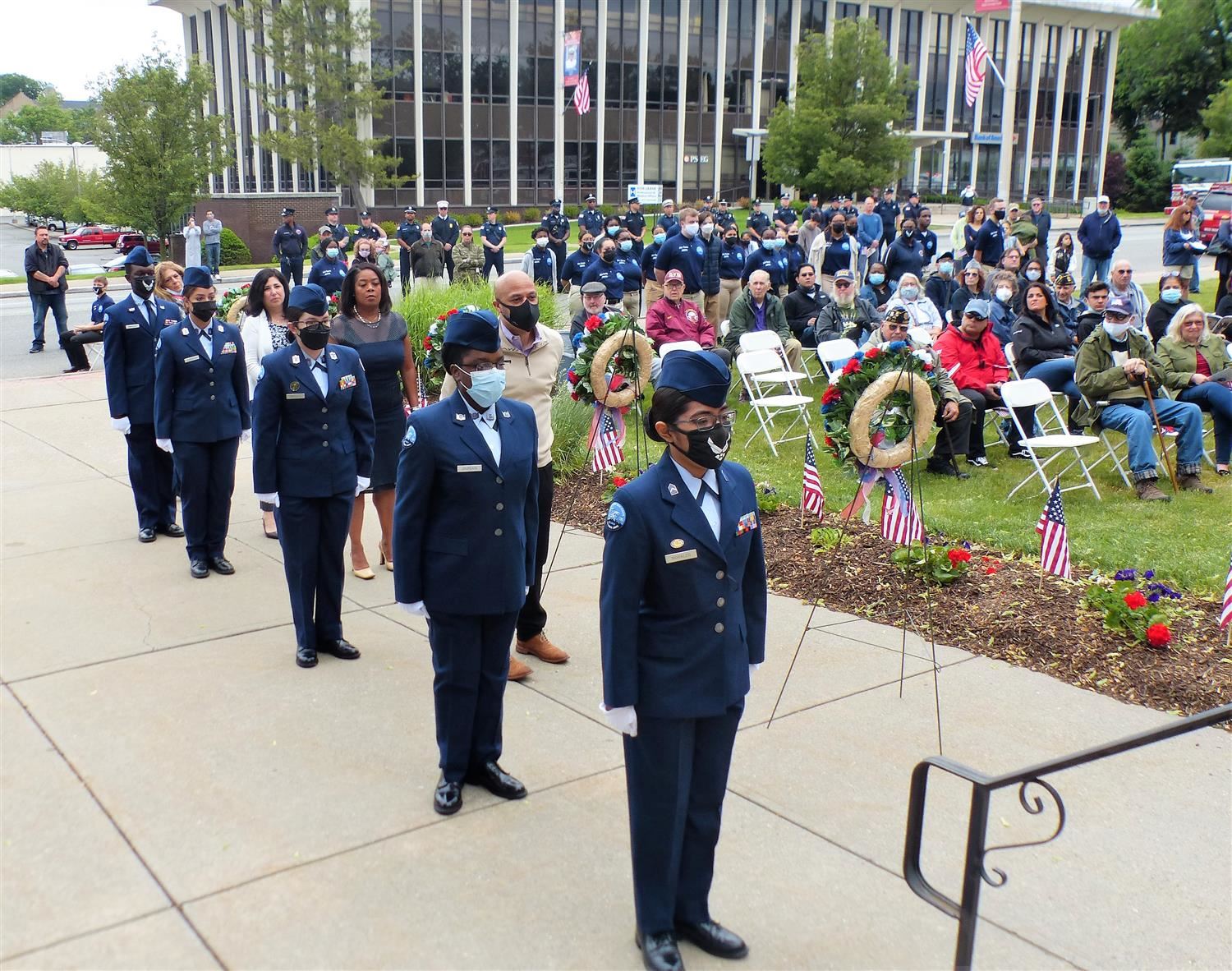 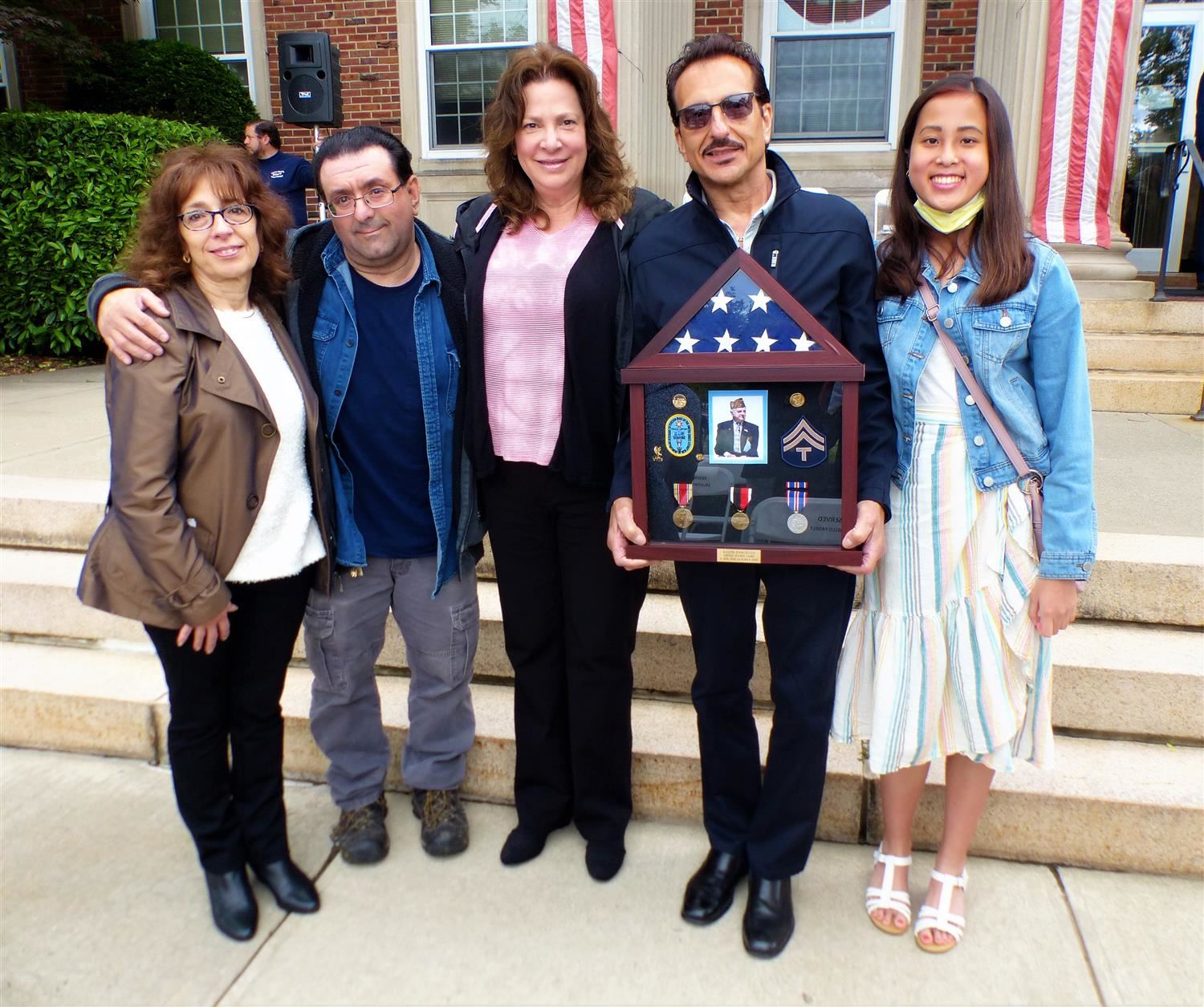 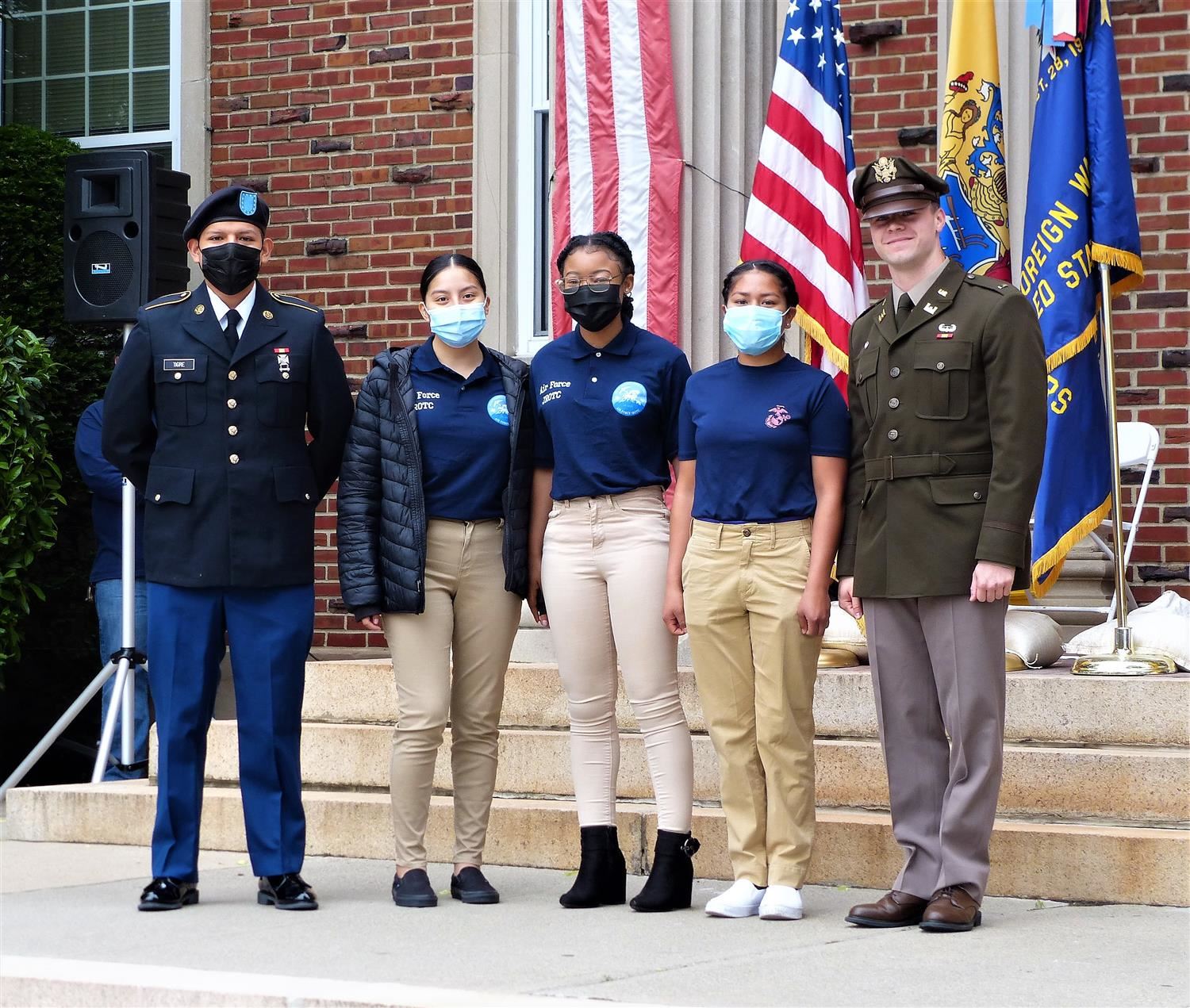