WEST ORANGE, NJ – West Orange High School athlete Sandra Guerrero not only made school history on March 7 by becoming the first-ever state Mountaineer Wrestling champion, but she has made regional wrestling history as the first female to commit to New Jersey City University. NJCU is one of the few universities in the country to feature a women’s wrestling program. (Read more about the WOHS Girls Wrestling Program here.) 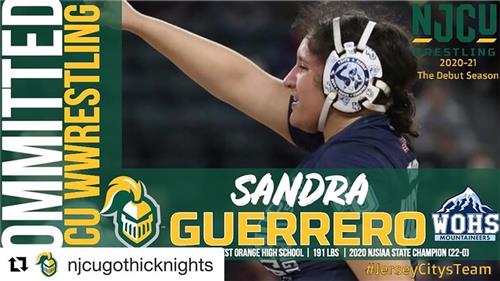 “In a sport with trailblazers emerging nationally, Sandra was NJSIAA state champion, posting a perfect record of 22-0 with 21 pins. She is ranked No. 9 in the nation at 191,” posted NJCU on their Instagram account.

“Sandy had a few other schools interested in her, but the package NJCU has put together for her is just perfect. She will be close to her family, which makes it a wonderful choice to start her college career.  And I’ll get to see her compete too,” he said.

“Sandy had a great junior year, but due to an injury sustained at the end of the season, she finished fourth in the state in 2019,” Zichella noted. “She was disappointed, but her struggle set the stage for an unforgettable 2019-2020 senior campaign.”

“Sandy came into this season a much more determined and focused athlete. She never wavered in her quest to accomplish her goal of becoming our program's first state champion,” Zichella went on to say.

“Sandy never had a doubt; she had a mission to accomplish, and she took the win in her 215-pound weight class against Joelle Klein, and she showed incredible confidence throughout the season. I believed her biggest challenge was keeping healthy and injury-free.  She dominated in every match she wrestled. All of her wins were by pin, with the exception of the state finals, where she won by a score of 7-0,” Zichella explained.

Along her journey, Guerrero’s passion for the sport helped her to recruit several girls, and even boys, into the wrestling program. One of those athletes was Precious Opara, a first-year wrestler and senior that took to the sport like a duck to water and took second place in the 151-pound class at the NJSIAA finals in Atlantic City. Opara will be attending Rutgers University.

As Guerrero moves on to NJCU, she brings with her ten years of wrestling experience and memories that will last a lifetime. As for her state championship, she said, “I was crying 15 minutes before going into my final match, and I cried after winning. It was so many years going into this, and having that moment was just so emotional.”

The legacy she leaves at West Orange High School will be that of a true trailblazer, a record-setter, and a founding member of a new and exciting sport not only for West Orange but nationwide. 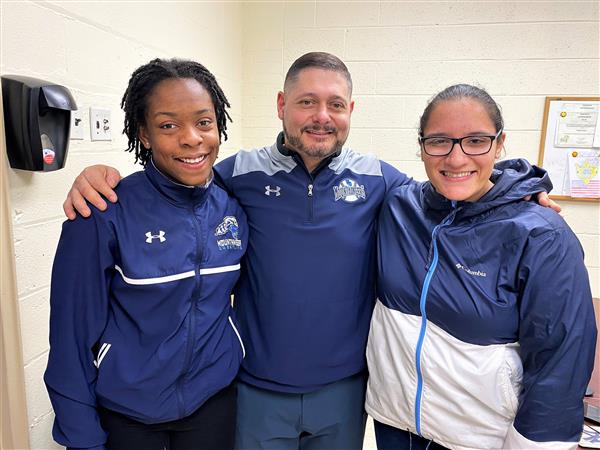 View the clip from NJ Sports Zone of Guerrero winning the State Championship: