Army chose West Orange High School to hold their match against Lehigh at Morgan's high school alma mater, where he graduated in 2015 as the high school's top athlete and fifth place win in the state in wrestling. Prior to graduation, Morgan received his appointment to West Point and attended the preparatory school for a year. While at West Point, he wrestled and was set to graduate in 2020 until a tragic training exercise took his life in June 2019.

Morgan's family was on hand to help congratulate the graduating seniors and receive their son's honors in his memory, bringing tears to the eyes of parents Chris and April Morgan, and the many family and friends that had come out in support. Daughters Chace and Cameron and son Colin, now in his first year at West Point, joined their parents to honor their beloved older brother as well.

In a touching show of support, West Orange Police Department Captain Mike Cali and wife Theresa presented a $1,000 check to the Morgans for the CJ Morgan Foundation, in honor of their son, Sam. Sam was an outstanding wrestler at Rutgers University who died in a car crash in 2016.

Although the West Point Black Knights did not win their match against the Lehigh Mountain Hawks, there was a sense of camaraderie as they joined the West Orange Mountaineer community to honor Morgan and his family.

See all the photos from Christopher Morgan's recognition here. 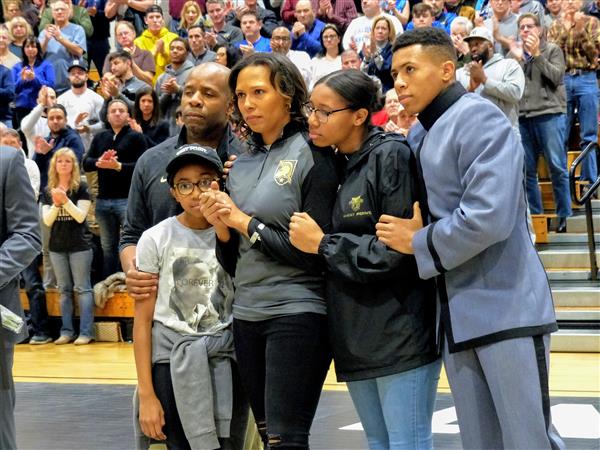 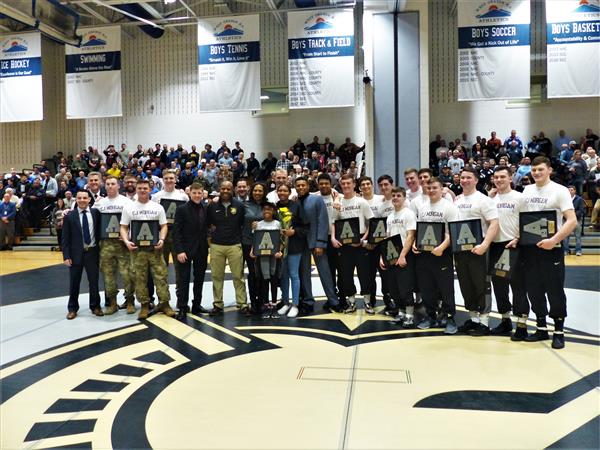 The West Point Wrestling team and the Morgan Family. 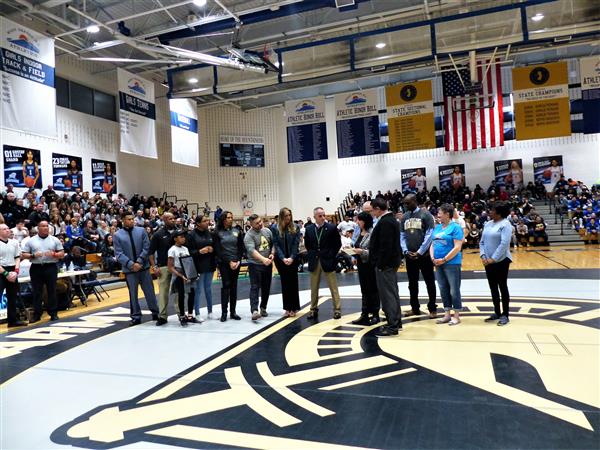