The band's performance of "Which Witch" garnered a score of 95.00, one of the highest end-of-season scores in West Orange High School History.

"The marching band would like to thank all of the Music Boosters and the West Orange High School Board and administration for all of their support," he stated. 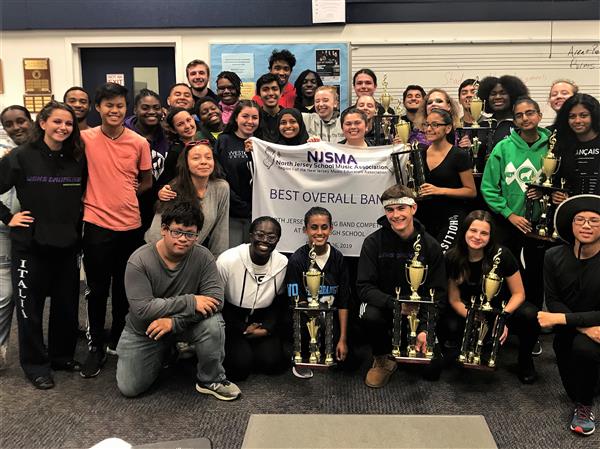 Seniors in the WOHS Marching Band and Color Guard with their trophies.