Anika Fernandes was named the West Orange High School Valedictorian with a GPA of 4.79.

“I wasn’t expecting this,” Anika said, “but I’m glad I put in all the hard work.”

Along with Tri-M and the Math Honor Society, Fernandes belongs to the Escriptus Honor Society, and was just named a Merit Scholar. She works with the student body as a Mountaineer Mentor and was also part of the newly-formed Fencing team, planning to fence again this winter.

As a member of the Nikhil Badlani Foundation Youth Advisory Board, Fernandes helps to promote traffic safety by speaking to younger students in the district and working with the foundation in the community. She was named to the North Jersey Regional Band for her trumpet skills.

Anika plans to study Biology on a pre-med track at Rutgers University.

With a difference of 0.02 points, Brett Zeligson was named Salutatorian with a GPA of 4.77.

“I’m excited about it,” noted Brett, “and I’m looking forward to being able to give a speech at graduation.”

He is a Mountaineer Mentor and a member of the Science Olympiad and Math Teams, writes for the Cobblestone, the high school’s literary magazine, and in addition to Tri-M, is a member of six other honor societies (Math, Science, Escriptus, Chinese, Social Studies, and National Honor Society.

Zeligson is also a member of the Nikhil Badlani Foundation Youth Advisory Board.

Brett plans to major in Civil Engineering, but has not yet decided on a college.

“Both are not only bright, but amazing young people with a passion to serve their community. They represent West Orange and West Orange High School well,” he concluded. 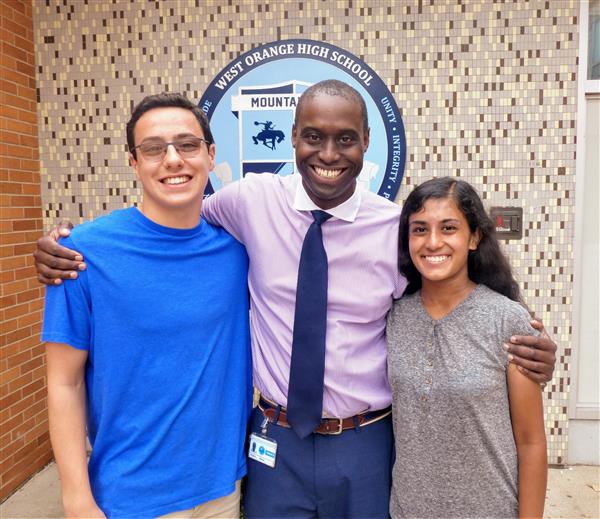