WEST ORANGE, NJ - The West Orange High School Girls Tennis team is looking to ace this season and make their mark in the Liberty Division.

"Our season starts with matches against the American Division, including  Montclair Kimberly Academy, Livingston (No. 11 in NJ), and Millburn (No. 8 in NJ) are very tough opponents,  but I was very pleased with the way we played," stated Jeff Mazurek, starting his fifth year as Head Coach. Assistant Coach Mike Marini is also beginning his fith season with the team.

Last year's respectable 13-9 season featured strong play by several seniors. Nine seniors graduated and five remain on the team. The team believes this is to their advantage.

"We have been working harder," said co-captain Kaia Baker (senior). "and we've been building our strength physically and mentally."

Assistant Coach Mike Marini, who is also a personal trainer, worked the girls throughout the summer. His intensive conditioning program included running and off-season weight training.

This year's varsity includes co-captain Nnekah Arinzeh (junior) and co-captain Sophia Ruggiero (junior) as first and second singles. Arinzeh was ranked No. 2 in Essex County for 2017-2018 and is currently in the top 32 in the state. Madison Oliver (junior) rounds out the team as third singles.

"I feel we are getting to know each other and our partners better," explained Arinzeh. "We are adjusting as a team and working together. When a team wins, we win together."

"I want to stay interested and work hard. I want to do well," stated Baker.

"We have our division schedule coming up over the next few weeks and I am excited to watch our girls compete and vie for a conference championship," Mazurek concluded. 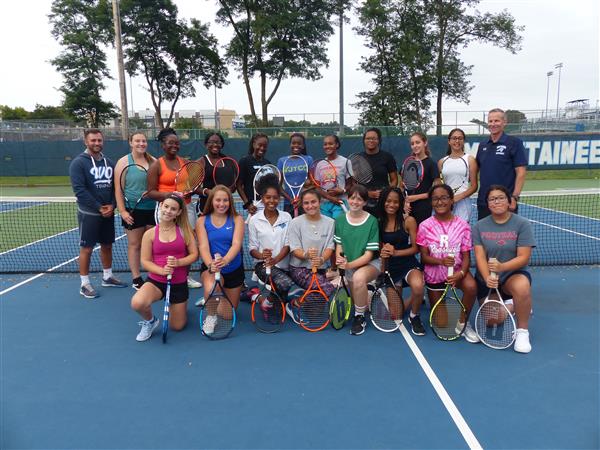 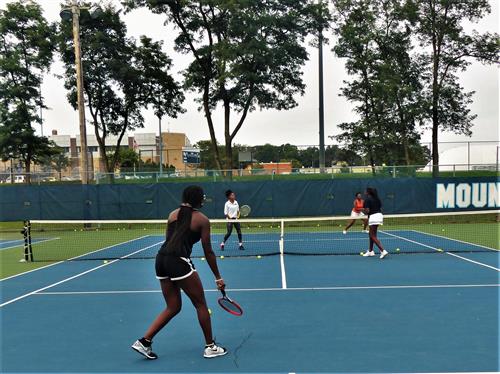 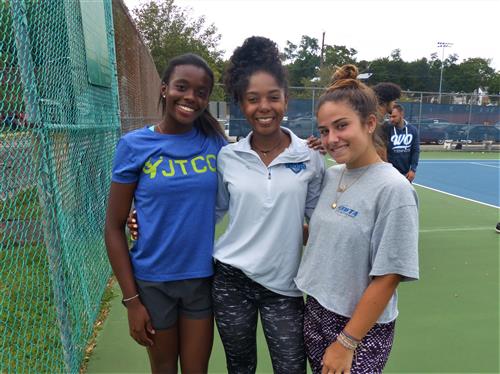