WEST ORANGE, NJ - It was a fantastic night for West Orange Football as they took a decisive 29-6 win over Montclair on Sept. 7 at the "Rumble on the Raritan" at Rutgers University.

"The boys played great - they showed a lot of determination and poise," said Head Coach Darnell Grant, also making his mark during the his and the Mountaineers' first game of the season.

"I was really pleased with their effort and tough play," he continued, "but we know we have a lot of work to do and need to improve in many areas."

Read all about the game in Patrick Lanni's article in NJ.com here, and see photos by Scott Faytok.

The Mountaineers take on John F. Kennedy in their home season opener on Sept. 13 beginning at 7:00 pm. View the athletic schedule here. 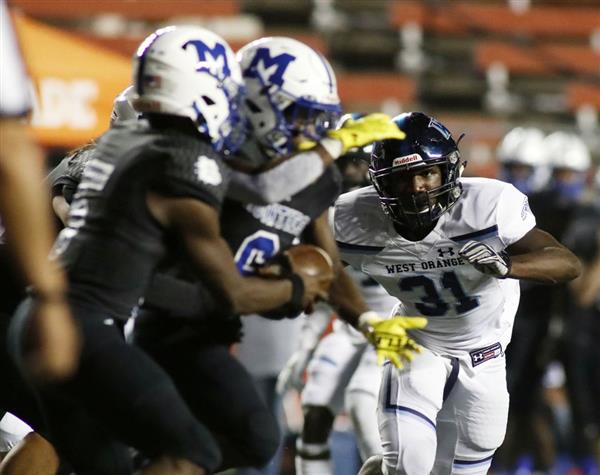