A moment of silence for cadet Christopher Morgan, who passed away on June 6, predicated the ceremony as Lawrence asked all audience members who had family or had served in the military, to stand for recognition.

“I can imagine that to you it feels like just yesterday they were still cute little elementary school children eager to take on the world. Eager to help out around the house, wanting to help cut the grass, imitating any and everything you did. They had the cute little outfits, the cute little expressions, and the look of peace and tranquility when they slept. Thoughts of those times may make you want to have another child - until you remember that all those wonderful memories came to a screeching halt when adolescence set in and you have a difficult time recognizing the child that you brought into this world.”

“Graduates, as you move forward in your life’s journey remember that the people you surround yourself with will either raise or lower your standards. They will either help you to become the best version of yourself or encourage you to become lesser versions of yourself…choose your friends wisely.”

To parents, Hush added, “Be proud. There are some amazing young men and women in this eighth grade class and they will be missed dearly. Our job as educators can be taxing, tiring, and frustrating at times. Seeing the strength, the kindness, the joy, and the genuine caring nature of so many of these children not only made it easy to go to work every day, it made me look forward to going to work.”

Diplomas were distributed and the rising freshmen were welcomed to West Orange High School by Principal Hayden Moore.

“Here at West Orange High School our core mission is to encourage our Mountaineer students to climb towards Academic excellence.

But in addition to your academic studies, we also urge all students to become involved in high school life. That simply means join clubs and teams and just make some everlasting friendships and memories.

To see all the photos from the Roosevelt Middle School graduation, go here. 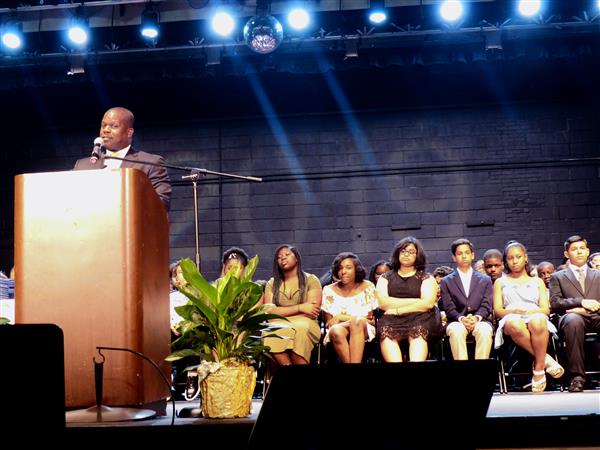 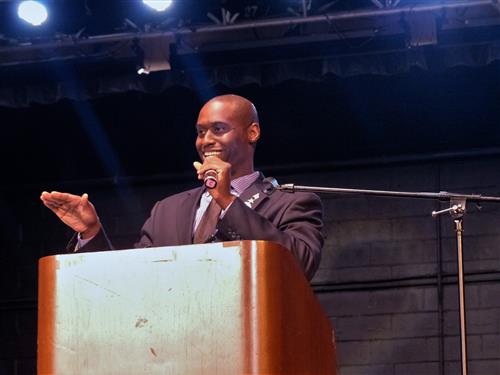 "Be What You Wanna Be"

"The Forge of Vulcan"