Seniors in all West Orange Sports were recognized, most starting as freshmen and playing all four years.

"You are the reason that I'm proud to be the principal of West Orange High School," said Principal Hayden Moore as he spoke to the athletes.

"You have managed to balance academics and athletics and have done it with integrity and character," he stated.

The top award of the evening, the West Orange High School Hall of Fame Athlete of the Year, went to Colin Morgan (wrestling) and Mya Bembry (basketball/soccer). Morgan will be attending West Point and Bembry will be attending Penn State.

"If I could, I would name Mya athlete of the century," noted Athletic Director Ron Bligh, as he recounted her amazing stats over the past four years.

Prior awardees in various sports were announced:

Other Awards distributed on June 5 by Head and Assistant Coaches: 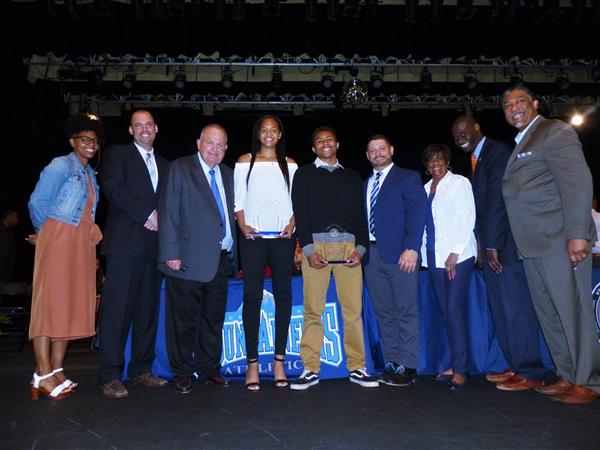