Paromita's piece was entitled "Money Magazine," and as she explained, "it demonstrates the growing value our generation has begun to put on material aspects of one’s self, as opposed to embracing one’s authentic self."

"The price tags symbolize the value and attention we provide these material components with respect the the discounted value we give to our natural selves," she continued.

"It was an incredible experience to meet Congressman Donald Payne and to receive the award from his hands directly," she said.

"My win was a surprise as I had not been anticipating to be one of the winners out of over 100 submissions. Nonetheless, it was an amazing experience and my third art award this year," she commented.

In the past year, Proggya has received the Mahatma Ghandi Award and the Scholastic Silver Key Award. She was honored at Mayor Robert Parisi's State of the Township Breakfast sponsored by the West Orange Chamber of Commerce and was a featured artist at the West Orange Arts Council annual AP Art student gallery showing. 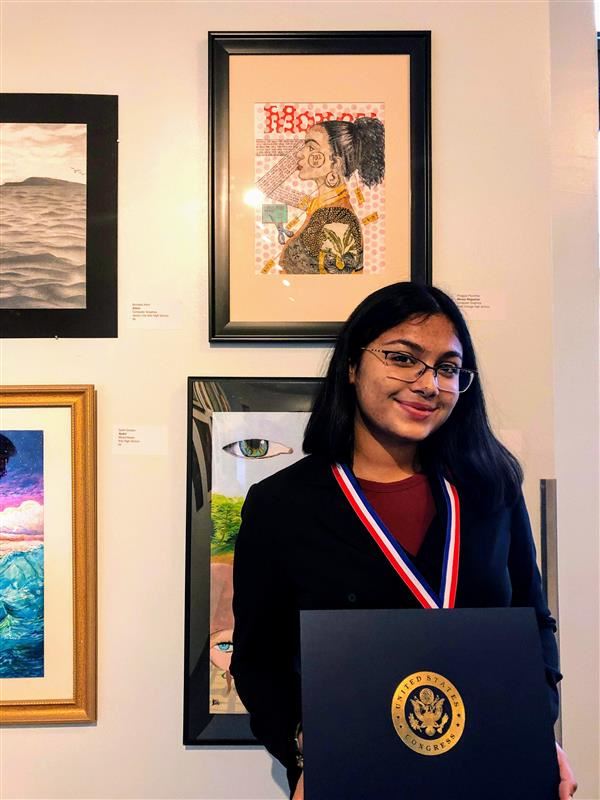 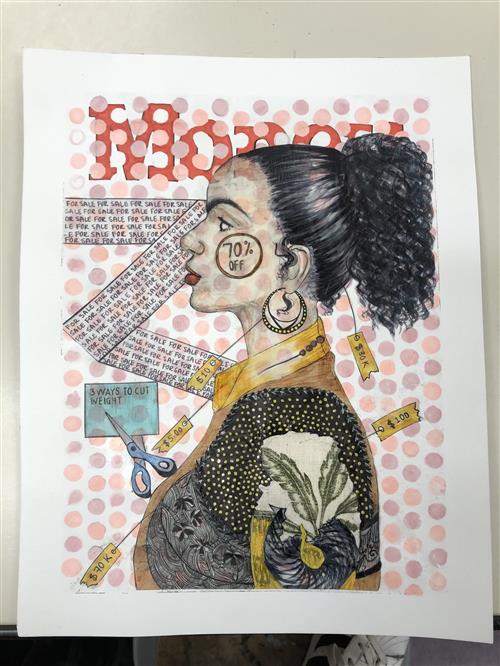