WEST ORANGE, NJ - Four seniors from the 2019 graduating class of West Orange High School will be attending West Point United States Military Academy, a record number in one year. But what makes it even more special it that for the first time in school history, senior Vanessa Lettman will become the first female to attend West Point.

The journey has been bittersweet for Lettman. In September she received a conditional appointment to the United States Military Academy (USMA) at West Point for the Class of 2023, contingent upon medical clearance. Around the same time she was injured in the West Orange Girls Soccer season home opener, requiring ACL reconstruction surgery and intense physical therapy.

Due to recently updated Department of Defense medical guidelines, a minimum recovery period of at least 12 months following surgical reconstruction is required prior to starting USMA, which begins July 1. Due to her solid record of achievement, she was subsequently offered admission to The United States Military Academy Preparatory School (USMAPS) at West Point in order to give her ample time to heal properly and avoid potential for re-injury while preparing her for the physical demands of USMA.

“I am honored to be attending West Point, one of the most prestigious institutions in the country," said Lettman.

"I will be attending the USMA following my prep year at USMAPS and I look forward to the leadership opportunities this will provide. I try to find a positive message through any adversity and despite the minor physical setback, I know I am capable of a powerful resurgence and I will be fine,” she stated.

In addition to Lettman, three other top students will attend. Colin Morgan, whose brother Chris will graduate from West Point in 2020, will head directly to the Academy along with Wes Rideau-Winds. Andrew Amoyaw will also attend the Prep School for a year along with Letman before heading to the Academy.

"West Orange High School has been honored and privileged to have a candidate attend West Point for the past seven years," said Principal Hayden Moore.

"We are so proud of Vanessa, Colin, Wes, and Andrew and know they will do great things. They represent the caliber of students here at West Orange, and we wish them the best of luck," he concluded. 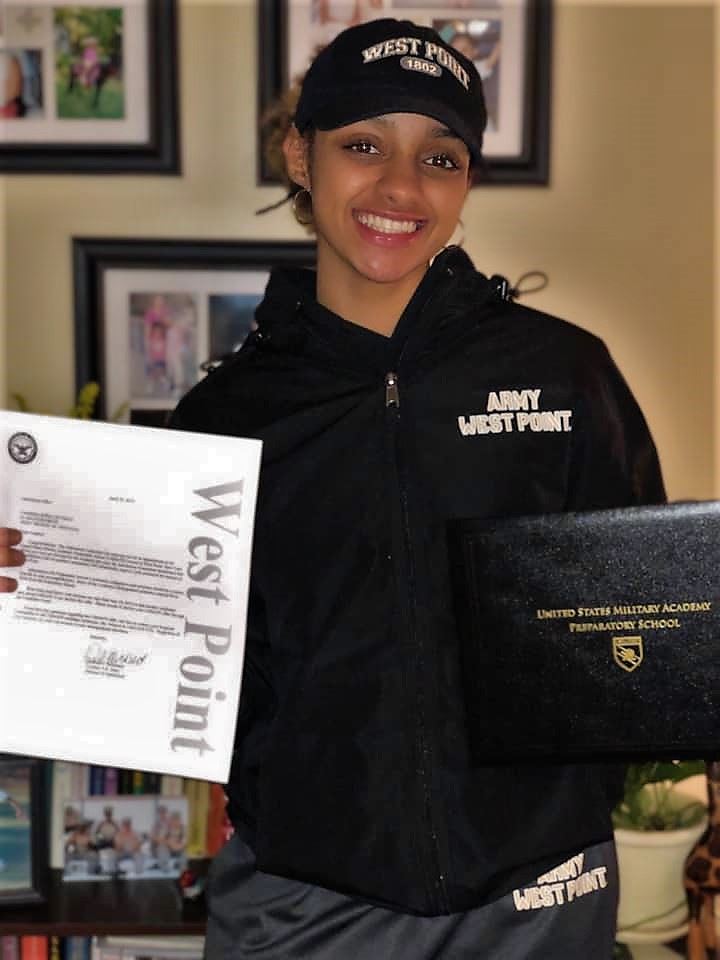 Farro plans to enlist in the Army following graduation.