"I am getting a partial athletic scholarship at Wagner," began Galantini, who attended Pleasantdale (now Kelly) Elementary, Edison, and Liberty Middle Schools, "and I plan to major in Business Administration."

"Tyler is entering his fourth season as a varsity starter," noted Golf Coach Bill Urbanski, "and he leads by example on and off the course."

His stats are impressive by any standard:

Galantini calls golf "an amazing game," and at 17, has already been playing for 14 years.

"My Dad taught me how to play golf when I was three," Galantini explained, "started taking lessons when I was six, and was in my first tournament at seven."

"I would love to thank Mr. Moore, Mr. Bligh, and the Library Media Center for making this signing possible," noted Galantini, "and I would also love to thank Coach Urbanski for all of his help and support these past four years."

"Tyler is an established golfer who leads by example on and off the course," said Urbanski.
"He works continuously on all facets of his game while taking time to improve his teammates' swing mechanics, course management and focus. Tyler thrives for the challenge of competing against the opposition's best golfers. He is intense, passionate and one of the top golfers in Essex County and in the State. He is the definition of a Student-Athlete and also excels in the classroom." 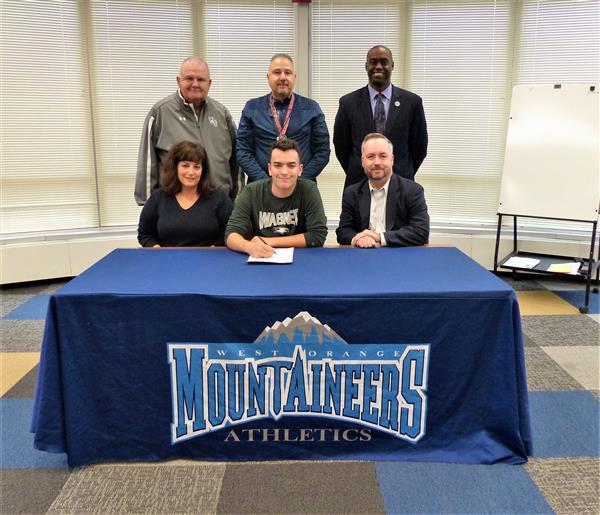