“We produce 102 tons of garbage in our lifetime. We have a responsibility to take care of our world,” admonished the council.

“Don’t just think about the environment as planet Earth,” said Assistant Principal Marc Lawrence, “think of it as your home, your school, and your room.”

The emotional highlight of the assembly came as the school dedicated a Double Red Rose Bush to Henry Chang, 5, the son of two West Orange teachers who is battling cancer. Students sang “Fight Song” as the bush was dedicated to Henry. A brief Skype session from the hospital with Henry and his mom, Heather Young, followed, along with many tears.

Songs, skits, and dance performances by the eighth grade students began as they took popular songs and created environmental lyrics to convey their messages.

Toxins and light pollution to “Toxic,” by Britney Spears

Global Warming to “Say It” by Tory Lanez

Oil Spills to “See You Again” by Wiz Kalifa

Endangered Species to “Livin’ on a Prayer” by Bon Jovi

Habitats to “Who Do You Think You Are,” by Katy Perry

A skit based on the classic Monty Python sketch “I Am a Lumberjack” was also included as students cheered wildly for each act.

The assembly concluded with the school singing “We Are the World,” a yearly tradition.

“The true purpose of this assembly is to increase your knowledge of the issues at hand,” said Principal Lionel Hush. “Our students worked very hard to put this program together, and we do not take our responsibility to our world and our planet lightly.”

See all the photos at RMS Environmental Assembly. 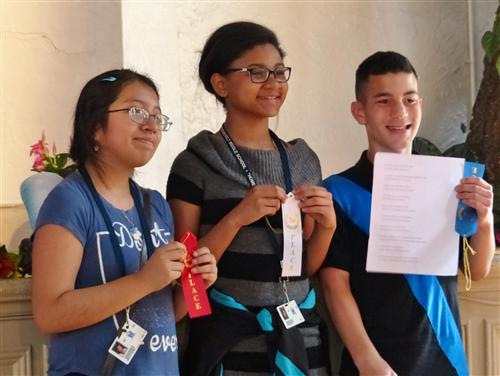 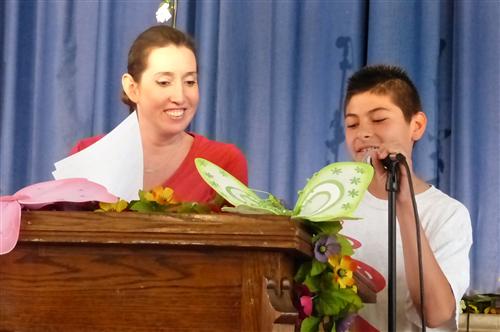 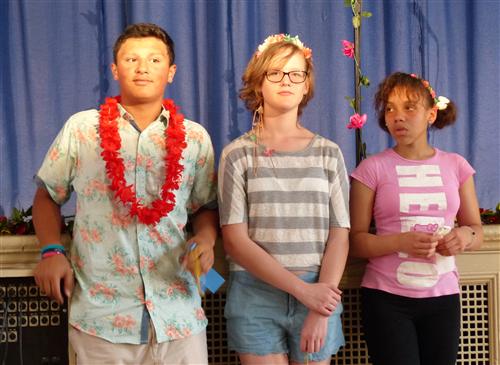 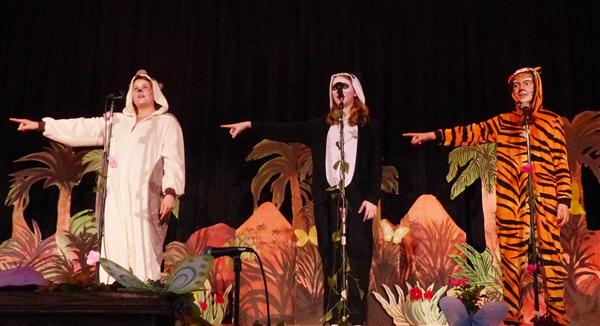