WEST ORANGE, NJ – West Orange celebrated Arbor Day with the planting of a Japanese Tree Lilac at Roosevelt Middle School, followed by a trip to “The Rock” to view the property that will be turned into an arboretum and locale for indigenous flowers and plants.

Members of the Roosevelt Middle School Student Council, the Environmental Club, and Majority Ambassadors represented the school in the outdoor ceremony, where Principal Lionel Hush welcomed guests including Mayor Robert Parisi, Councilwoman Michelle Casalino and Councilwoman Susan McCartney. WOEC Chairman Mike Brick, township Forester John Linson, and Nick Salese of the Department of Public Works were all present as part of the ceremony.
“West Orange Township has over 10,000 trees, 60,000 acres of Open Space land, and 120,000 acres of non-open space land,” noted Linson. “We have been a Tree City, USA for the past 20 years and received Sustainable New Jersey Bronze Certification in 2013.” Work is underway for Bronze Certification.
Linson then introduced Mayor Parisi, who proclaimed April 22, 2016 as “Arbor Day in West Orange.” Councilwoman Sue McCartney a driving force in township environmental efforts, presented the annual “Heart of Green” award to Linson for his work as township Forester and member of the Environmental Commission.
West Orange Environmental Commission Chairman Mike Brick explained the township’s upcoming effort to plant seed balls of the Eastern Swamp Milkweed plant to aid in the revival of the Monarch Butterfly population. Approximately 12,000 seed balls will be formed by student volunteers and distributed to the public schools and the West Orange community in the coming weeks.
Eighth grade student Gabrielle Lecour read “Trees,” the famous poem penned by Joyce Kilmer in 1913 to end the ceremony at Roosevelt. Students and attendees then headed to “The Rock,” a six-acre plot of property across from Liberty Middle School on Mt. Pleasant Avenue. Joe McCartney, Chairman of the Open Space Commission, was on hand to explain how they purchased the land with the intent to create a park-like arboretum with indigenous plants and flowers, benches, and pathways.
Plans for the project were unveiled and two Shadblow Serviceberry trees were dedicated, as an eventful Arbor Day in West Orange came to a close.
"Trees" by Joyce Kilmer (1913)
I think that I shall never see
A poem lovely as a tree.

A tree whose hungry mouth is prest
Against the earth's sweet flowing breast;

A tree that looks at God all day,
And lifts her leafy arms to pray;

A tree that may in summer wear
A nest of robins in her hair;

Upon whose bosom snow has lain;
Who intimately lives with rain.

Poems are made by fools like me,
But only God can make a tree.
To see all the photos from Arbor Day, go to Arbor Day 2016. 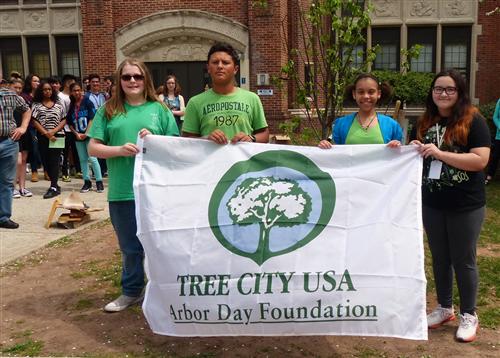 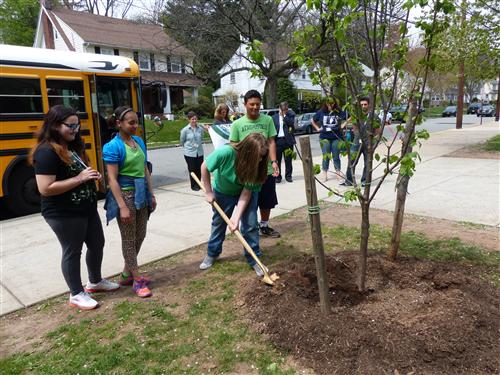 The Japanese Tree Lilac is planted. 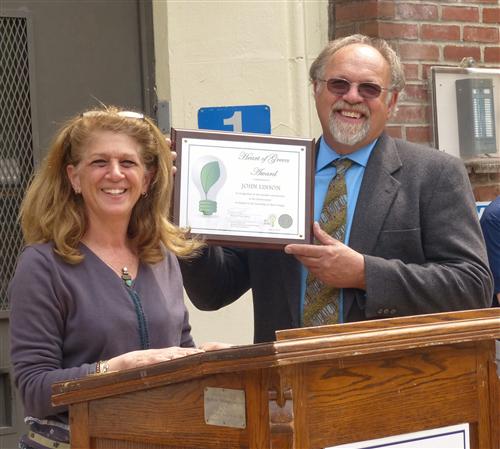 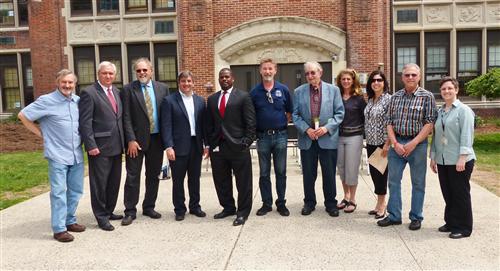 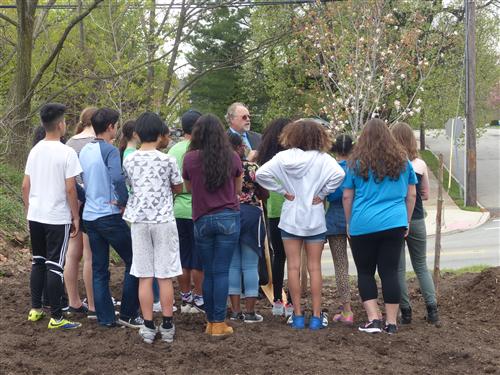 John Linson with students at the Rock. 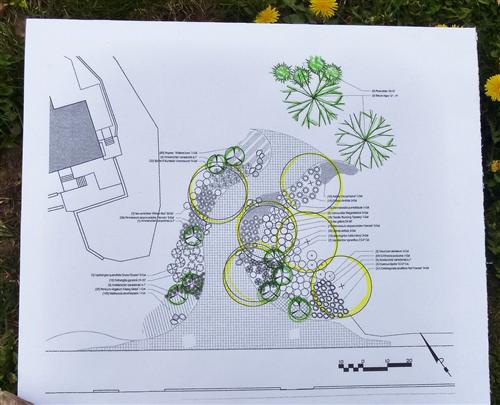 Plans for the arboretum at the Rock. 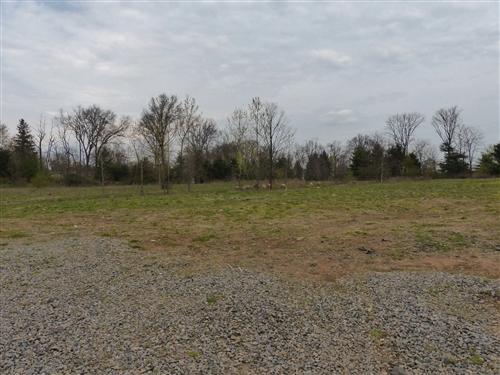