The national competition is sponsored by Sodexo, the school district's food service purveyor. This year's theme was "Fiesta Fit," a healthy Mexican recipe.

"Students had to hand in their recipes back in December," began West Orange Sodexo Manager Joshua Kreutz, "and Upon receipt of all the entries, we had a panel of managers that reviewed them. We reduced the entries down to seven students, who then competed at the Future Chefs competition."

The seven students selected were:

The stringent set of requirements were tough: the review process was based on healthiness, ingredients (allergens), level of difficulty, kid friendliness, and authenticity of this year's theme. The students arrived at 4:00 pm to prepare their recipes and have samples ready for the guests at 6:00 pm. Once guests and judges arrived, the young chefs sampled their food and discussed their recipes.

"Each student had a Sodexo cook working with them as their assistant, but the students did most of their work on their own, which was great to see and experience in person," continued Kreutz.

At the end of the tasting, judges selected Piper Stephens and her recipe for Sweet Potato Tacos with Guacamole, as the winner.

"All the competitors did an absolutely fantastic job," concluded Kreutz, "and next year we'll be hosting competitions at all the elementary schools." 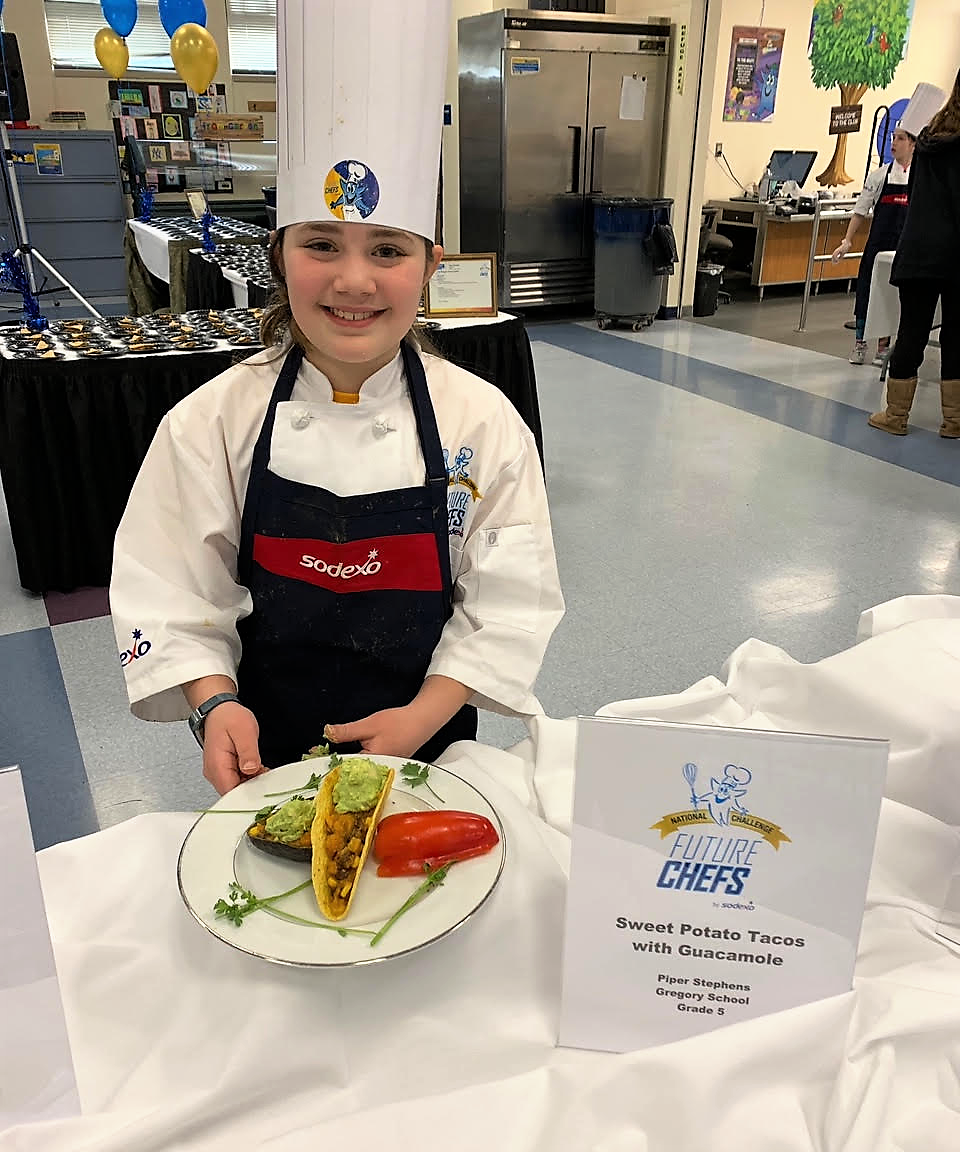 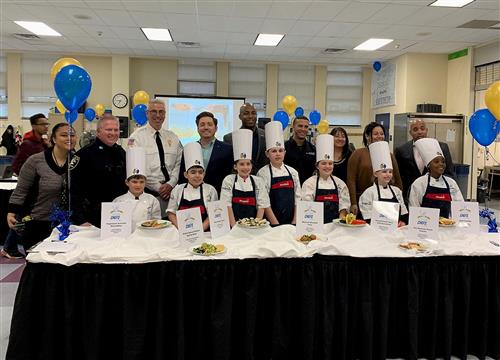