A team of National Guardsmen arrived with the helicopter, brought in from Lakehurst, NJ, as part of the JAFROTC training program. After disembarking the guardsmen answered questions and showed ROTC students the inside of the Blackhawk.

The army describes the helicopter and its capabilities.
"The Black Hawk UH/HH-60 is the Army’s utility tactical transport helicopter. It provides air assault, general support, aeromedical evacuation, command and control, and special operations support to combat, stability, and support operations. This versatile Black Hawk helicopter has enhanced the Army’s overall mobility due to dramatic improvement in troop and cargo lift capacity. It will serve as the Army’s utility helicopter in the Future Force. There are multiple versions of the UH-60 Black Hawk, including the UH-60M and the UH-60V."
JAFROTC Commander Major Josephy Marchesini and Chief Ricardo Thurston were on hand to welcome the guardsmen, along with high school administration and members of the West Orange Police and Fire Departments. Two of the guardsmen were alumni of West Orange High School, WOHS Class of 2008 Captain Ellis Mensah, and Class of 2017 Ashley Kuglin.
Following the visit, the JAFROTC attended the township's annual Veteran's Day Ceremony. The high school held its own ceremony on Nov. 10. 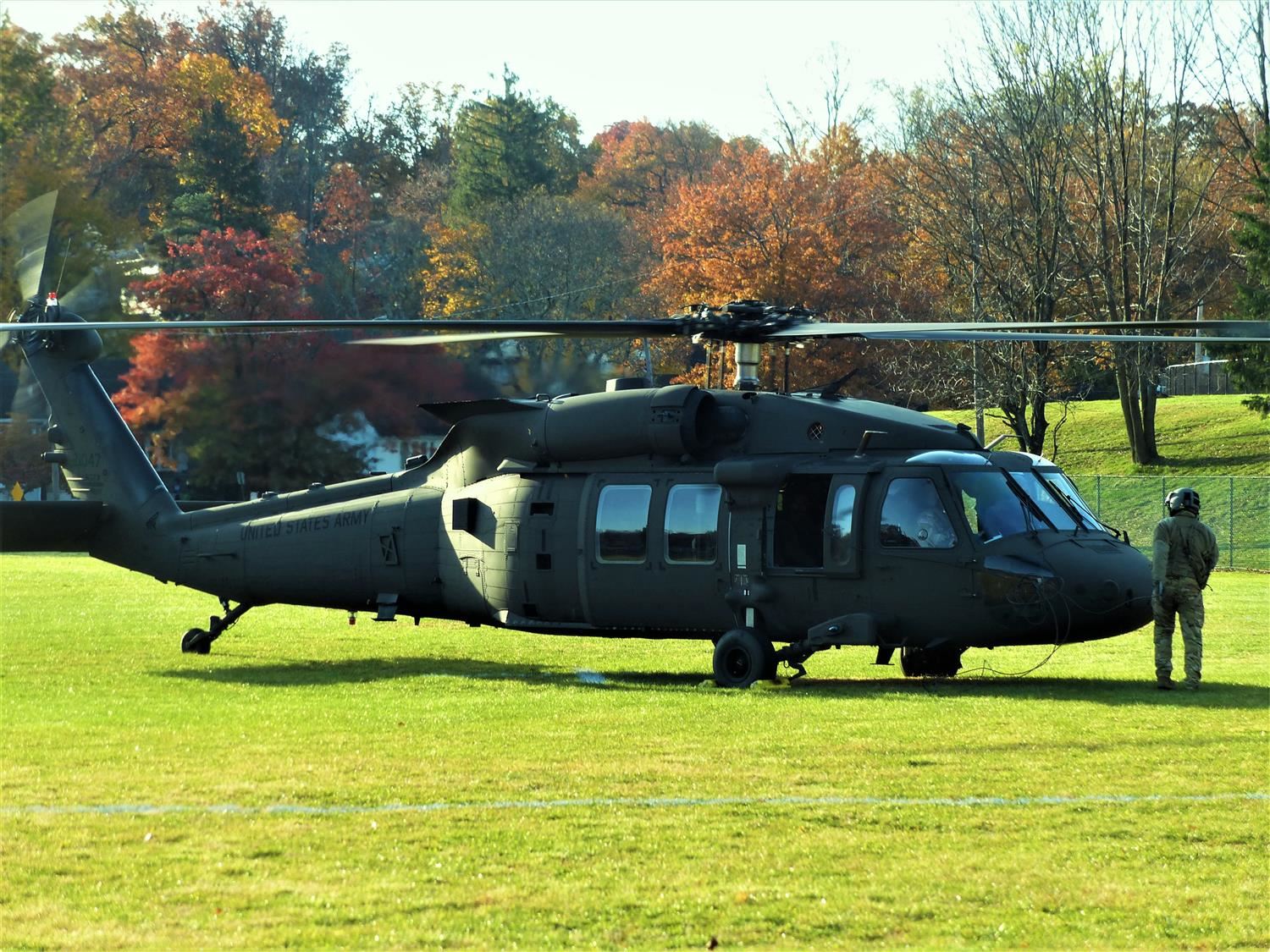 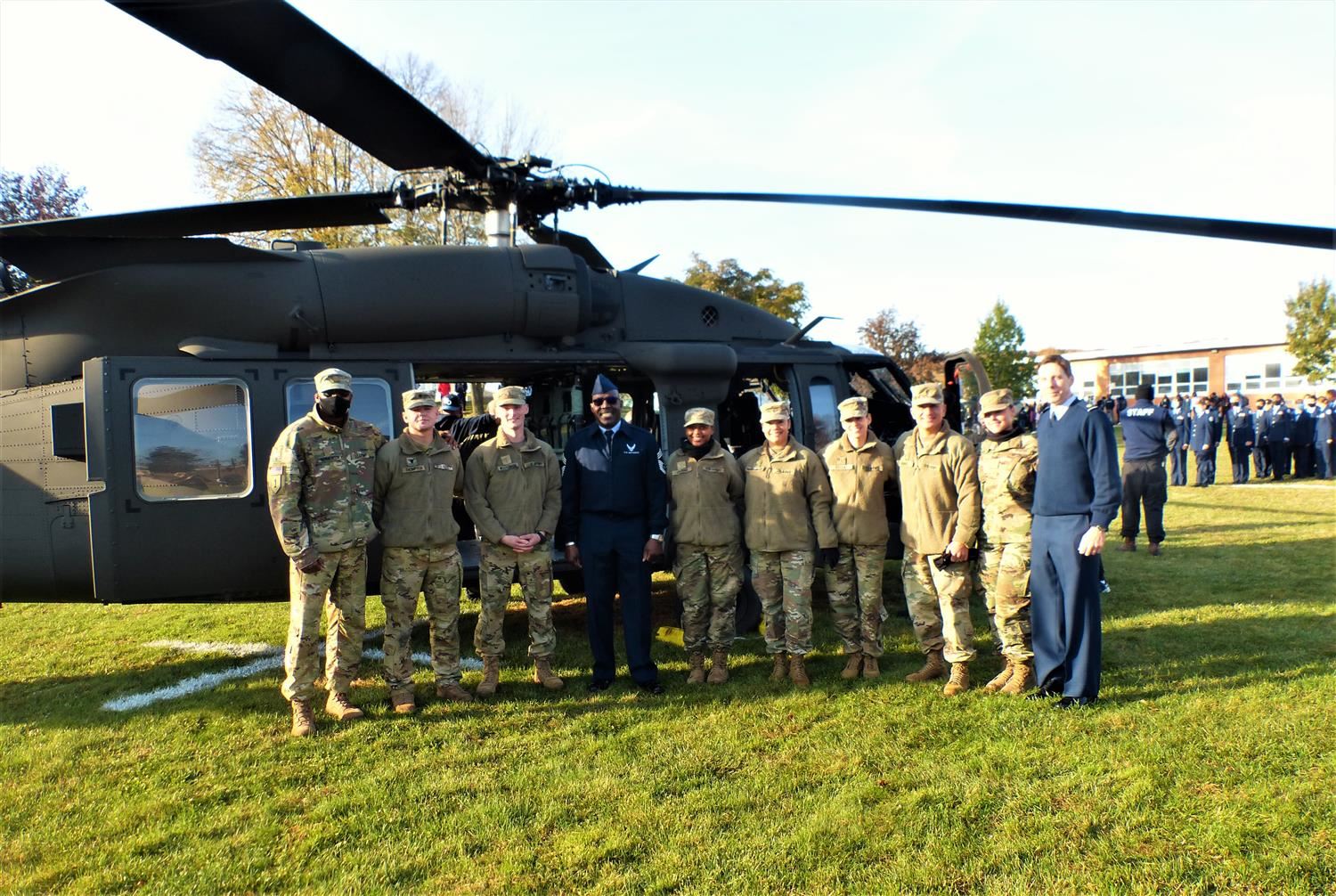 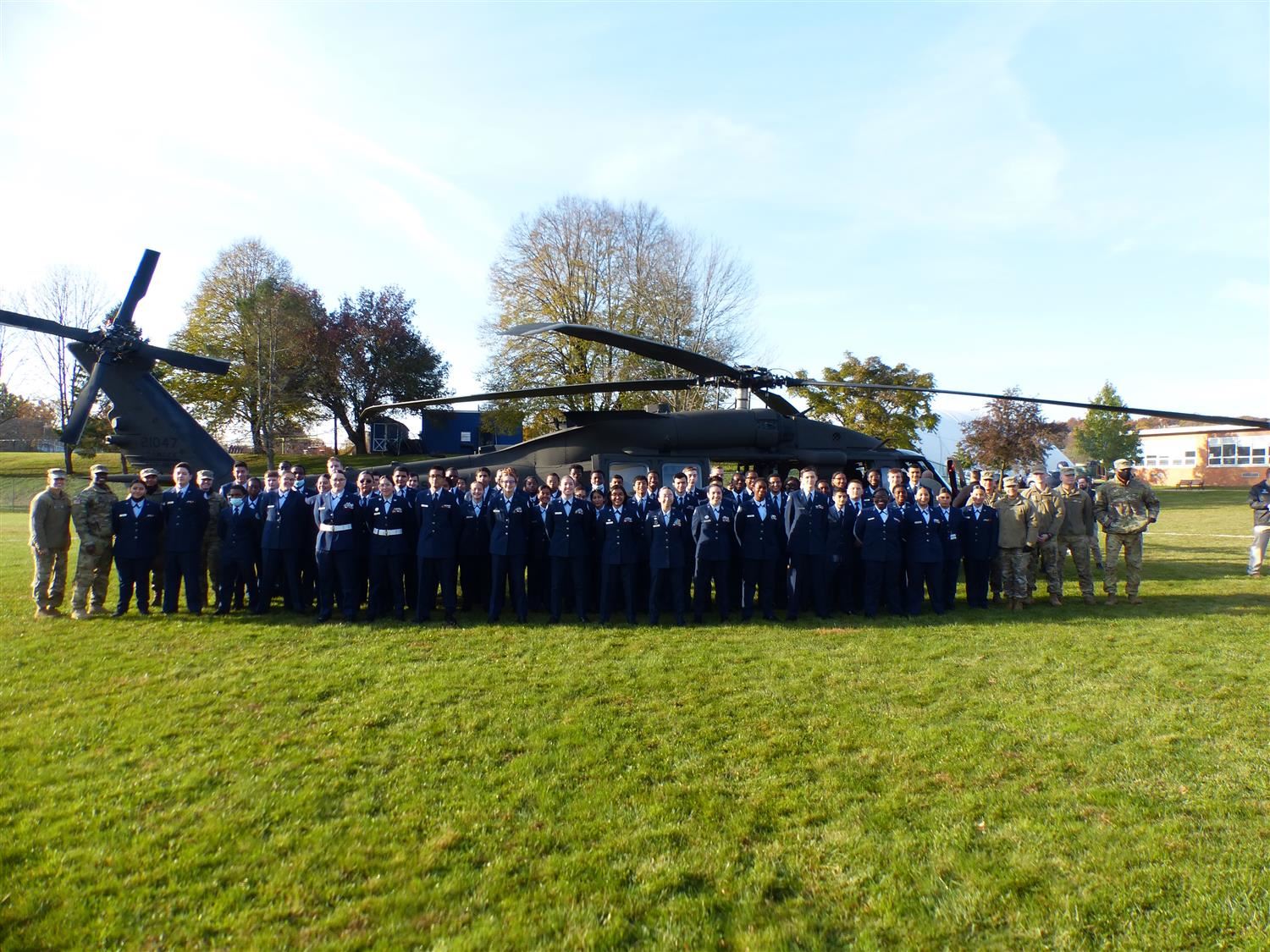 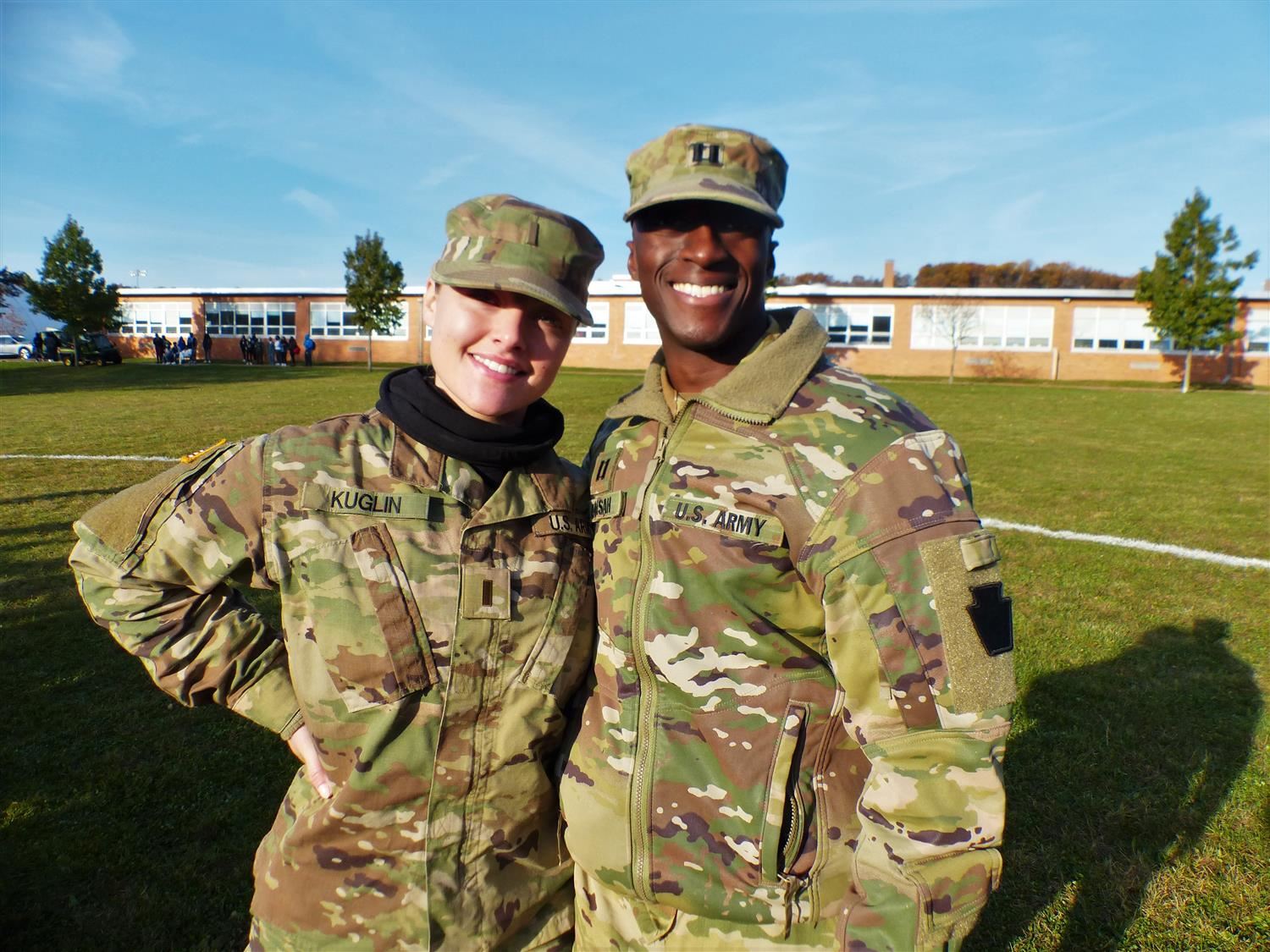 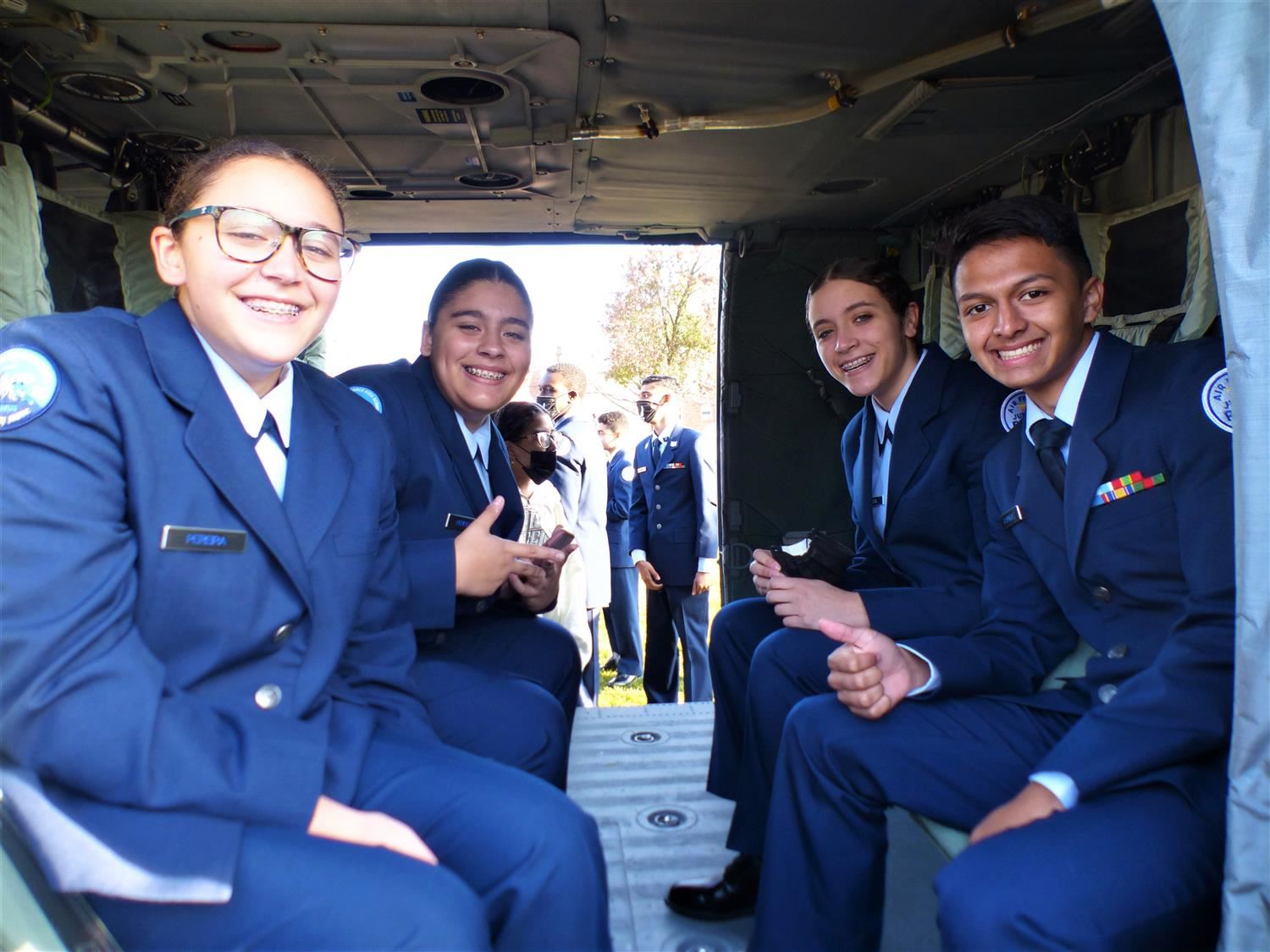 ROTC check out the Blackhawk. 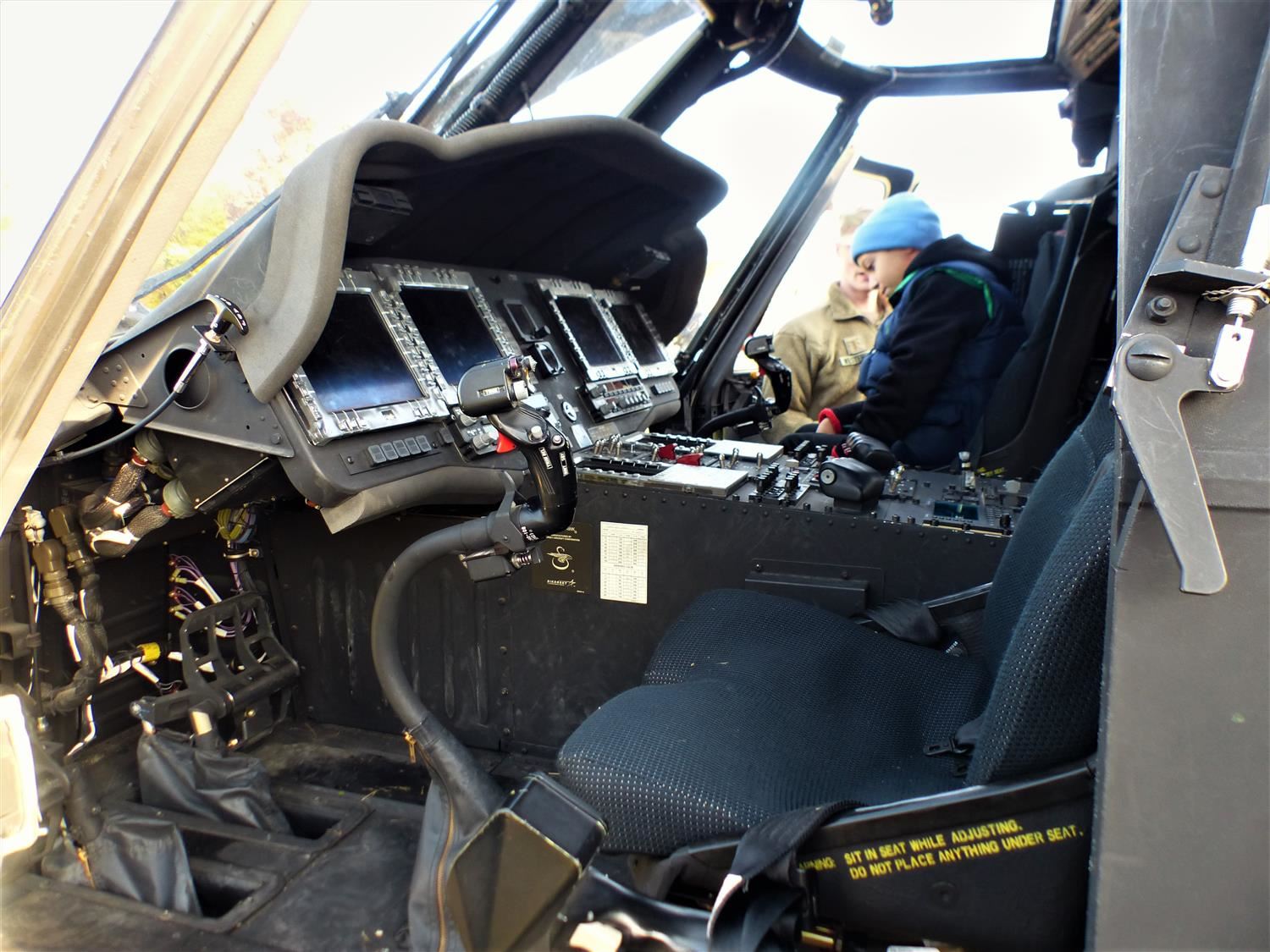