WEST ORANGE, NJ - An enthusiastic crowd was brought to its feet several times during the West Orange High School Spring Choral Concert, held May 9. Vocalists in grades 9-12 joined together to perform a wide range of songs that entertained as well as amazed.

A highlight of the evening was a performance of the song "If You Believe in Music," which featured the Concert Choir and Select Choirs of Edison, Liberty, and Roosevelt Middle Schools under the direction of John Hellyer.

The evening opened with the Treble Choir (girls) and Tenor and Bas Choir Choir (boys). Hellyer and William Farley lead the various groups through their music.

The Concert Choir and Chamber Choir followed. A recurring theme was the music of Queen, with renditions of "Somebody to Love," (Concert Choir), and a "We Will Rock You" medley performed by the Glee Choir.

The Chamber Choir surprised with melodic and powerful classical music selections like "Salma 150," and Schubert's "Mass in G." Graduating senior boys and girls sang "Seven Years Old," and "I Was Here," respectively, adding a sentimental mood to the evening.

The Jubilee Choir's rendition of "He Turned It," raised the roof and brought the audience to its feet. The evening ended with the traditional "Battle Hymn of the Republic," sung by all choir members and even alumni.

"We seem to have covered every possible genre of music tonight," noted Hellyer, and the appreciative audience went home humming some of their favorite tunes.

See all the photos from the Spring Choral Concert here. 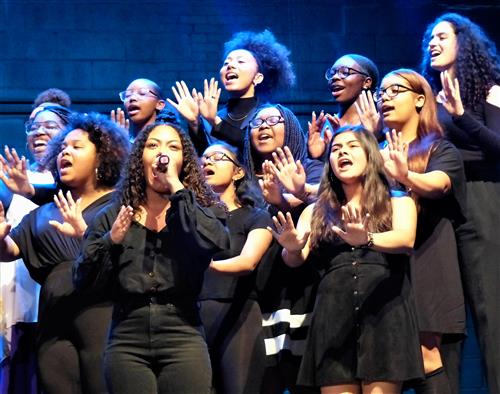 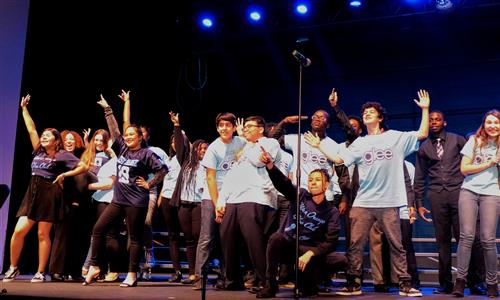 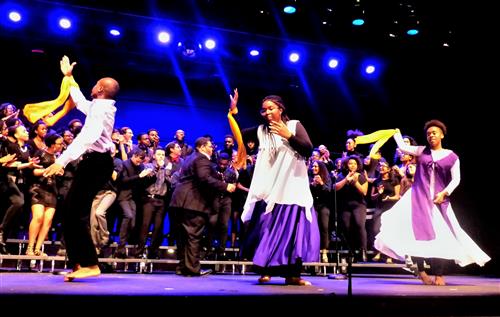 “Art Thou Troubled”
Music and Lyrics by George Frideric Handel

“Treble Sisters” (in the tune of Cheetah Girls)
Music by Jamie Houston, arranged by Treble Choir

“Take Me to the Water”

Arranged by Howard A. Roberts

“If You Believe in Music”

“The Music of Stillness”

“I Was Here” (Diane Warren)

“JACKSON 5 Medley” from MOTOWN: THE MUSICAL

“History Has Its Eyes On You” from HAMILTON

“He Turned It” by Tye Tribbett

COMBINED CHORUS FINALE
“The Battle Hymn of the Republic” by Peter J. Willhousky