WEST ORANGE, NJ - The Winners of the Essex County Education Association (ECEA)  Essay Contest for 2022 have been announced, and several West Orange elementary and middle school students have been recognized.

The students received specific prompts depending on their grades and were asked to write their essays on those topics.

Kindergarten - "Every day I learn"

The essays were reviewed and graded by members of the ECEA. 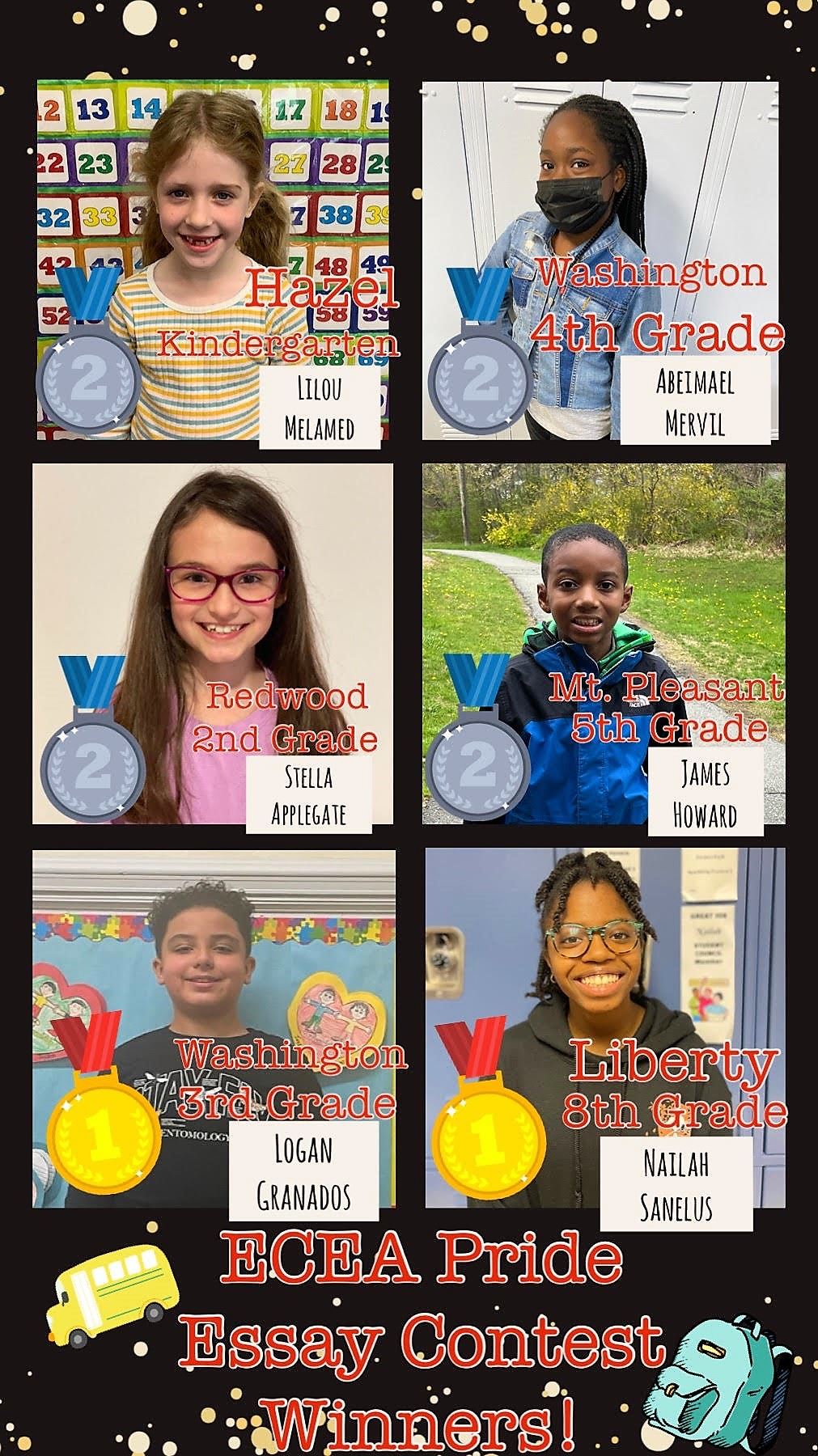