WEST ORANGE, NJ - Fifth-grade students at Mt. Pleasant and Kelly Elementary schools were able to hear the experiences of Anthony Lyons, a long-time West Orange resident who experienced the Civil Rights Movement first-hand in the 1960s.

Mr. Lyons' Feb. 18 visit to Mt. Pleasant capped off an incredible day for the students, who first visited the MAYO Performing Arts Center in Morristown to see a dramatic performance recounting the life of Harriet Tubman. Mr. Lyons arrived in the afternoon to grandson Christopher Perry Meredith's Fifth-grade classroom, where teacher Wendy Japaz had a Google video Hangout set up with Kelly fifth grade students and teachers.

"Providing the students with a primary source gave them an opportunity to listen to a real person's perspective of events and allowed them a chance to ask questions," said Japaz.

In addition to the Google Hangout, Mt. Pleasant and Kelly students collaborated on a Padlet where they shared their learning and reflected on their experience. Christopher Perry Meredith wrote and performed two raps detailing what he learned about segregation and another one about how slavery began in America.

Like most students in the West Orange School district, Mt. Pleasant students have been working hard to celebrate Black History Month. The new year began with civil rights studies from pre-Civil War and up to the 1960s and the work of Dr. Martin Luther King, Jr.

"To honor Dr. King, our fifth-grade students visited all Mt. Pleasant classrooms to teach the younger students what they learned and the message behind Dr. King's Day of Service," continued Japaz.
"We decided to "Pay It Forward" by collecting donated books and writing kind messages in them. These books will be donated to local laundromats for children to enjoy."
Japaz summed up the big day by stating, "It was a wonderful day for all." 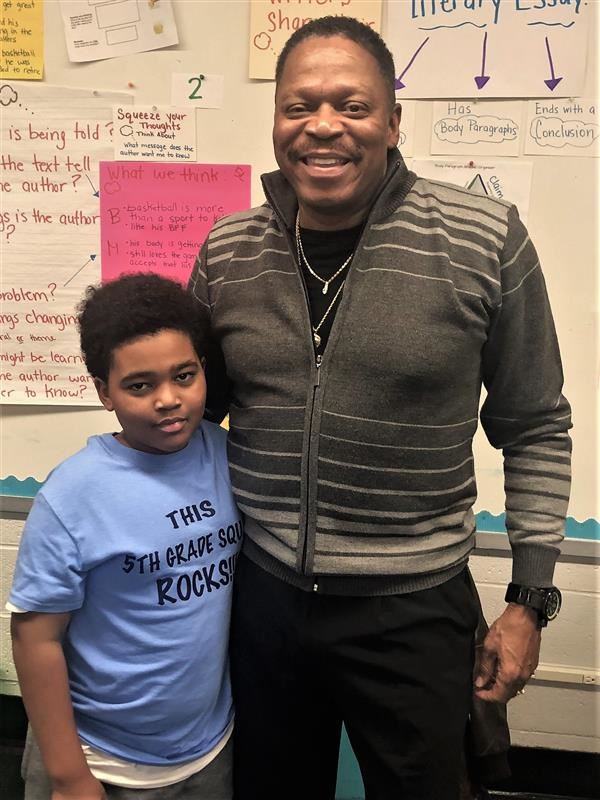