WEST ORANGE, NJ – It was an exciting day at Redwood Elementary School as Black History Month came to a close on Feb. 28. as Second grade students presented Wax Museums, students attended an assembly that featured the Kings and Queens of Africa and Egypt, and the West Orange High School Girls and Boys Step teams performed.

In Dr. Kimya Jackson’s 2J class, students presented a Wax Museum highlighting the “New Jersey Hall of Fame” of influential African-Americans that were born or lived in the state.

“During the month of January, my students were introduced to civil rights leaders and protests, as well as the reason for those protests,” began Dr. Jackson.

“They were introduced to the movie “The Green Book” and investigated places black people were able to travel to, safely, in New Jersey. This opened the discussion about influential African-Americans in New Jersey and segregation here,” she continued.

“With this interest, we chose to celebrate great African-Americans who were either born here or lived here. The list included people such as William Still, who was born free in 1821 and was called "The Father of the Underground Railroad," to our very own West Orange resident quilter, artist, teacher and activist Bisa Butler and author and activist Marley Dias,” she explained.

“The Celebrating Diversity Committee, created by our Principal Mr. Timothy Beaumont, decided our community needed to know that Black history began centuries before the enslavement of African people who were brought to the Americas,” Dr. Jackson said.

“We gathered resources and shared them with the school community. The grade levels were asked to research either a chosen king or queen to be represented in our assembly, which became our first school-wide organized Black History Month Celebration assembly,” she concluded.

Performances by Nu Theta Omega and Ab-Salute Step teams introduced many students to art of step and brought cheers from the appreciative crowd.

See all the photos from the 2J Wax Museum and School Assembly here. 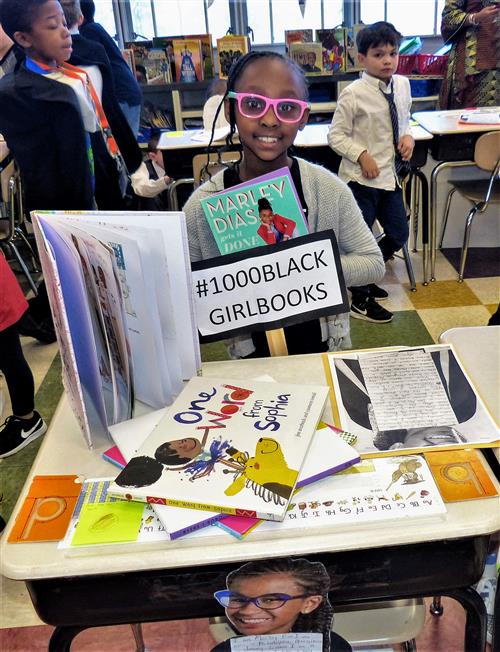 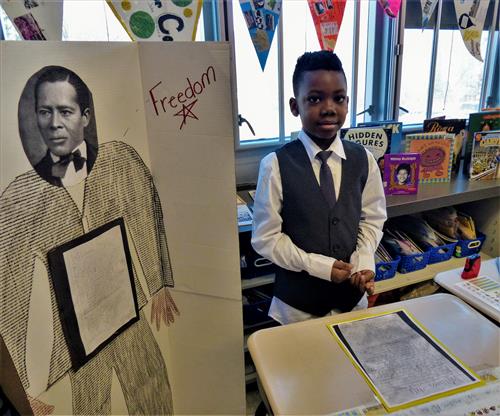 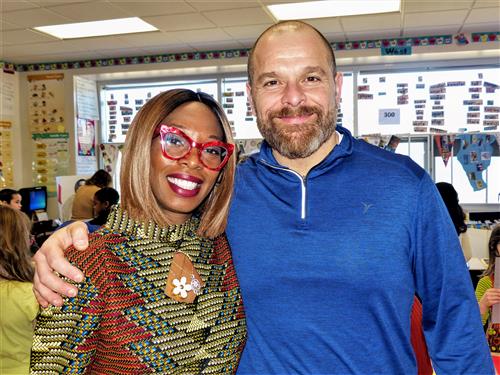 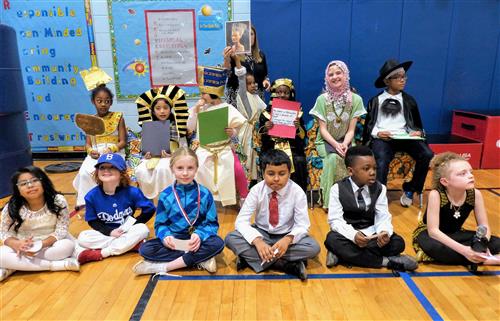 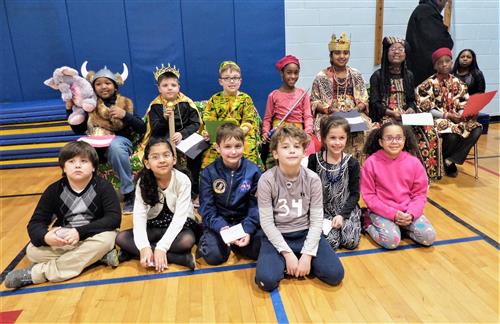 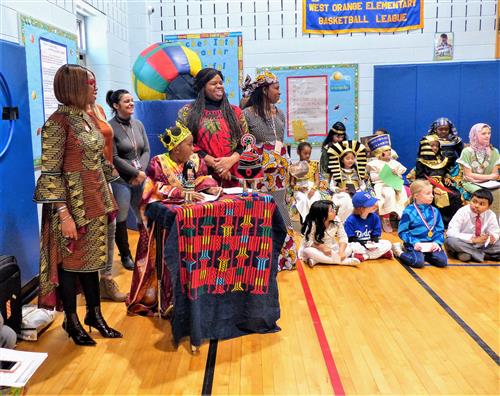 Members of the Celebrating Diversity Committee.