After being named a semifinalist in the fall, Gart was notified in February that he had moved to finalist status. Only 15,000 students achieve finalist status out of a field of approximately 1.5 million nationally.

As a finalist, Gart also received a $2,500 National Merit Scholarship (only about half of the finalists receive scholarship awards.)

Gart will be attending the Honors College at the University of South Carolina where he plans to major in Public Health. He was awarded the McNair Scholars Award ($88,000 over four years) and granted in-state tuition as part of the scholarship. The McNair Scholars Award is offered to the top 20 out-of-state students per year entering the South Carolina Honors College, which provides funding for attendance as well as an enrichment fund for academic endeavors outside the classroom.

The award is highly competitive and based on outstanding academic talent, exemplary character and remarkable leadership skills.  As a National Merit Scholarship Finalist, Gart was also awarded the Provost Scholar Award ($24,000 over four years.)

"I am honored to be designated a National Merit Finalist and receiving the NMSQT scholarship," said Gart.
"I hope to continue to make West Orange proud as I continue my educational journey. I would like to thank my teachers at Hazel, Edison, Roosevelt and West Orange High Schools for providing a challenging and nurturing environment that fostered my intellectual curiosity," he added.
"I would also like to thank all my coaches and the West Orange community organizations that provided me with opportunities to grow outside the classroom. Finally, I would like to thank my family, especially my mom and dad, for their unconditional support and encouragement throughout my life," Gart concluded. 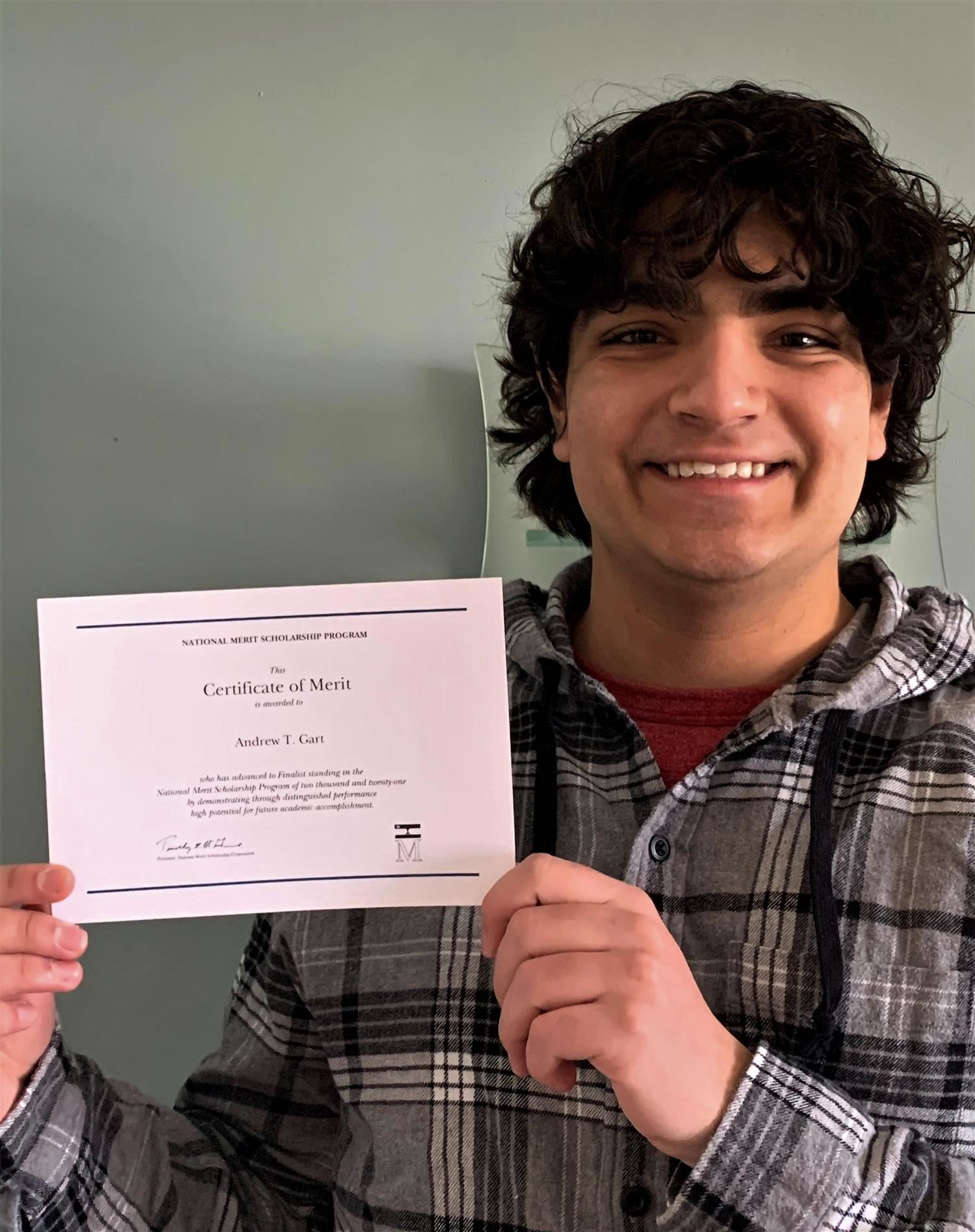