"This has been a long-term goal for me," began Peterson, who is part of Troop 6 in West Orange.

"The project not only gave me wonderful experiences, but also shows my dedication to future colleges and employers."

"I selected Hazel for the project because it was the school where I spent my elementary years," he explained.

"The school taught me so much, and I live next to the blacktop, so it made sense to focus my Eagle Project on a place where I spent so much of my time."

"While I was brainstorming projects to complete for Eagle Rank, I remembered when the board of education painted all of the Hazel School retaining walls orange," Peterson continued.

"After seeing the wall every day, I progressively saw it become caked with dirt and covered in moss, with paint chipping at the lightest touch. In the search for my project, I came back to the idea of the wall, and decided it would be a perfect project."

Once his project had been approved by Scoutmaster Enda Donagher and Assistant Scoutmaster Charles Coxe, Peterson set about contacting Mayor Robert Parisi, Supervisor of Buildings and Grounds Robert Csigi (ret.), and Hazel Principal Ana Marti for the green light to move forward.

"Though not a scout, Nathaniel Rodgers also helped with the project. The paint used was supplied by Steve Halpern from Rossi paint in Orange, NJ," he added.

In addition to scouting, Peterson has been involved in music programs like Chamber Orchestra and Royal Strings, art programs, STEM clubs, and drama. 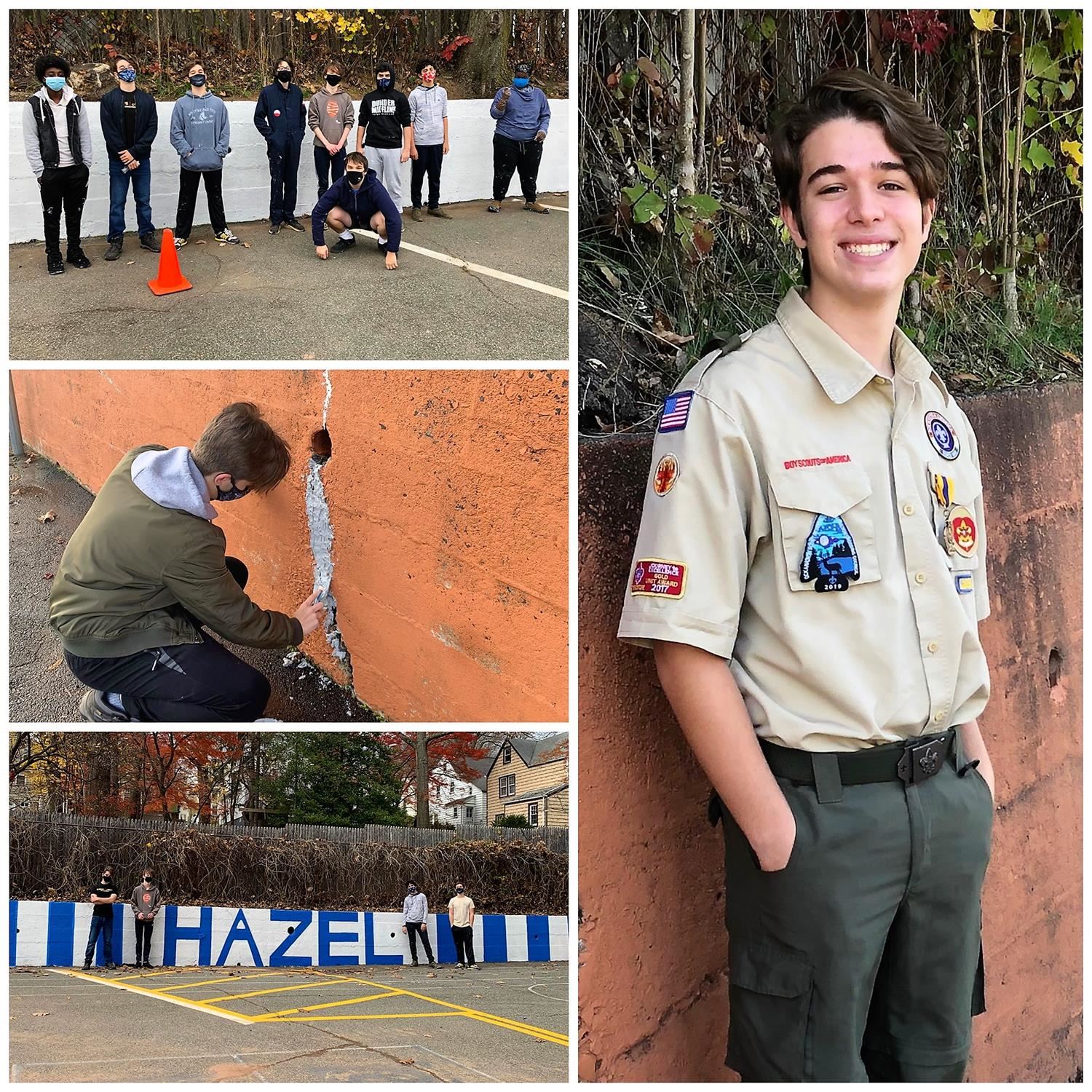