Recognitions Continue at Board of Education Meeting

WEST ORANGE, NJ - Superintendent Dr. Scott Cascone and the Board of Education recognized several students for outstanding contributions to the school district during the Feb. 24 meeting. 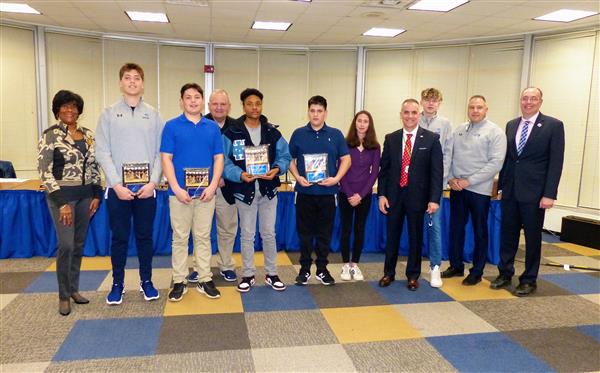 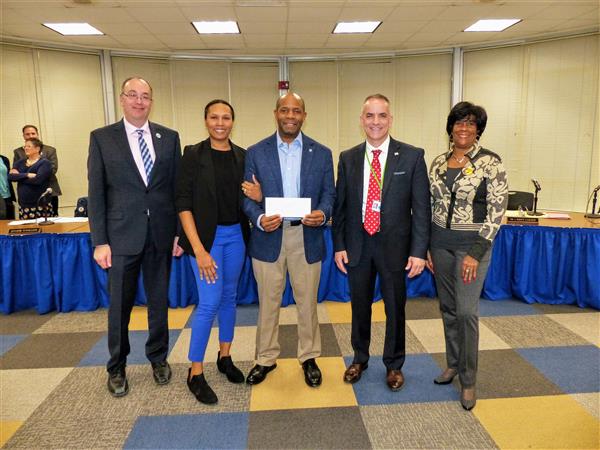 The CJ Morgan Foundation was presented with a check for $6,775.49 for monies raised at the special Senior Night Wrestling event between West Point and Lehigh University. Morgan would have graduated this spring with the West Point Class of 2020.

Marlee and Avery John, along with their mother Ernestine were recognized for their personal Black History campaign during the month of February. The girls and their mom crafted t-shirts featuring the names of famous African-American women, creating dialogue at St. Cloud Elementary School and going viral on local news. 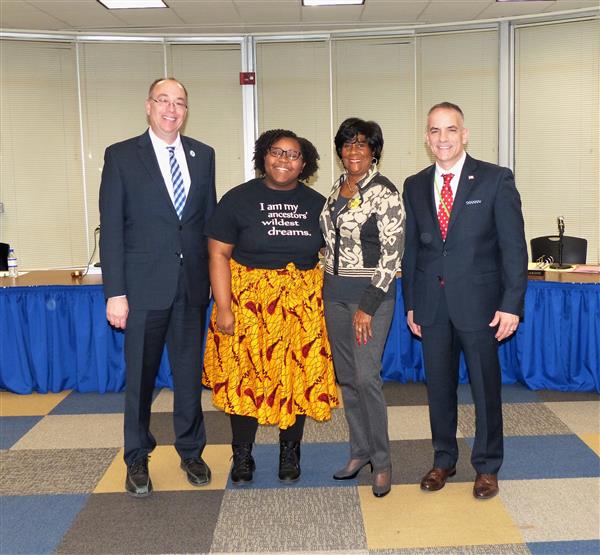 McCall is a junior at West Orange High School who is active in several clubs and Jubilee Choir. She recited an original poem, "Blackbird," based on Paul McCartney's song (an homage to African-American women) along with a spoken word, at the Annual WOHS Black History Scholarship Dinner and was asked to close out Black History month during the Board meeting with her work.