WEST ORANGE, NJ - Students at West Orange High School knew that they wanted to do more than hold a memorial service for students killed at Marjory Stoneman Douglas High School in Parkland, FL, on Feb. 14. That service was held on March 14, one month after the shootings.

Students then held a multi-media performance "A Concert for the March of Our Lives" on March 23 featuring individual and group vocal performances, the Wind Ensemble, dance students, and Boys and Girls Step teams. Students also designed a t shirt which they sold to commemorate their support of MSD.

On April 20, they held an anti-gun rally and senior Desiree Rivera created an original piece of art that was installed at the high school that spoke against gun violence and listed the names of every person killed in school shootings since Columbine, including MSD in Parkland.

On June 11, a banner signed by attendees at the concert, along with a check for $3,000, was shipped to Marjory Stoneman Douglas High from students at WOHS. 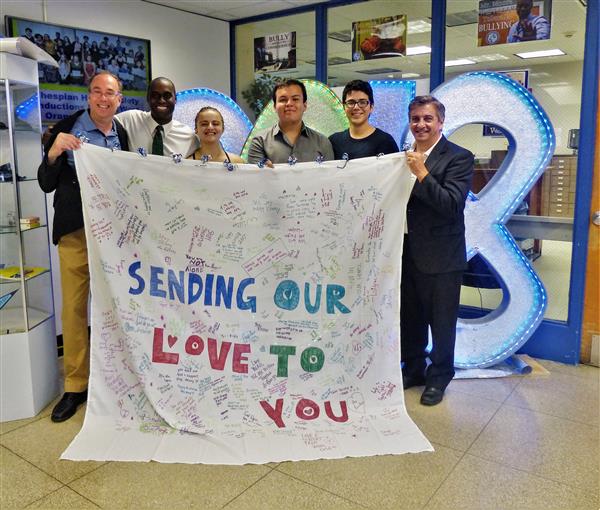 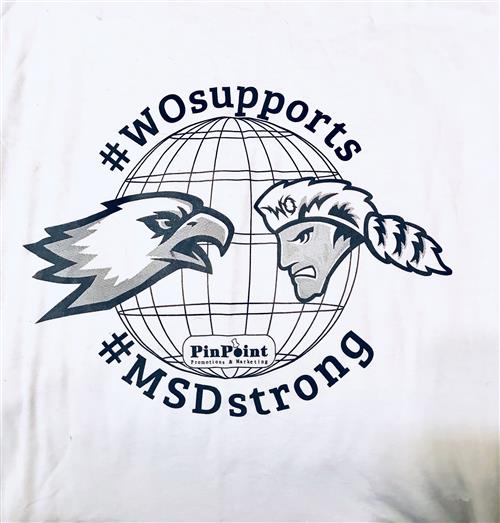 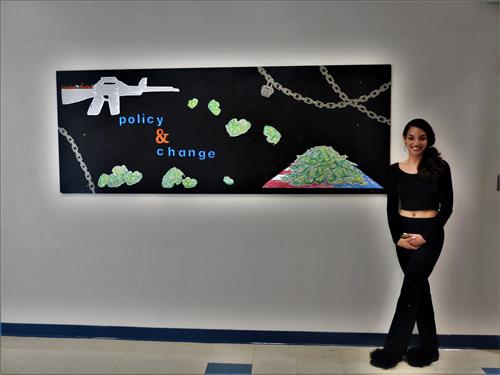 Senior Desiree Rivera with her "policy and change" art installation.