WEST ORANGE, NJ – West Orange High School senior and musician Louis Kravits has been selected for numerous honor bands and top ensembles in the state, including the NJ All-State Band, the Cadet Drum and Bugle Corps., and the NAFME All-Eastern Concert Band.

Kravits’ recognition comes as a seasoned euphonium player, but his also plays trombone, soloing this year in the Mountaineer Marching Band, along with percussion.

"My musical success and progression was highly motivated by the impact my West Orange band teachers had through their teaching,” said Kravits.

“I began to push myself when the school music programs pushed me,” he continued, “and the final result came with a lot of practice and self- determination.”

Kravits will be attending the University of Texas at Austin, in the Butler School of Music, to study euphonium and Music Education.

“I wouldn’t have been anywhere without the support I received from my teachers, especially at WOHS," concluded Kravits. 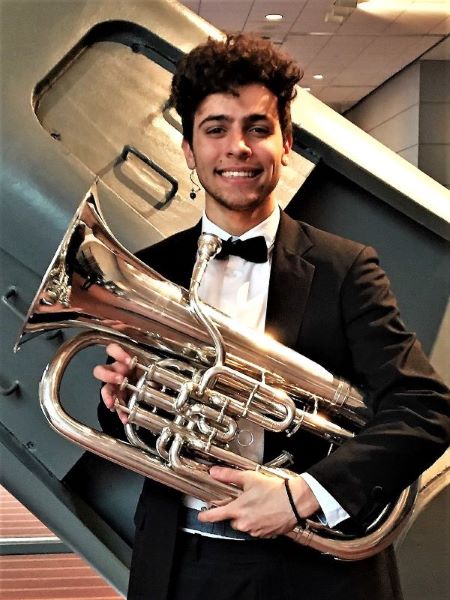