WEST ORANGE, NJ – In a sentimental and heartwarming ceremony, eight outstanding West Orange athletes and coaches and the 2003 West Orange High School Boys Soccer Team were inducted into the West Orange Athletic Hall of Fame at the Wilshire Grand Hotel on Oct. 14.

The event brought together past and present athletes, family, and community members to celebrate the accomplishments of those that helped to lay the foundation for the continuing success of athletics in West Orange and the sense of pride that comes with it.

In an emotional moment, Hall of Fame Co-President Lou Della Pia stated that the coaches’ award, currently named for Lefty Boland, would now become The Joe Suriano Coaches Award. Legendary Beloved Track and Field Coach Joe Suriano passed away from complications due to Covid-19 in April, 2020.

Current Hall of Fame members were also in attendance to support the 2021 inductees.

The following individuals and teams were inducted.

Peter was a Mountain High School graduate of 1982, where he spent his athletic career playing baseball and football. He played baseball for three of his high school years as the center fielder and was a three-year varsity captain, All-Oranges, All-Essex County, and All-State Group Two player. As quarterback for the Mountaineers, he was one of the pre-season Top 10 Players to Watch and received an All-Orange honorable mention. Pete attended Seton Hall University to play baseball, winning the 1983 Championship. Feinblatt has worked at Hackensack University Medical Center for 18 years and still resides in West Orange.

Troy was a West Orange High School Class of 1989 graduate whose wrestling career lasted from 1986-1989. He was the District and Regional Champion in his senior year with 19 pins. He attended college at the University of Arizona and Kean University, where he received a Master’s in Education Leadership. He currently coaches for the West Orange Recreational Wrestling program and is the Principal of Pinelands Regional High School. He lives in Manahawkin with his wife Tammi and their two sons, Alex and Jake. Troy would like to extend his appreciation for the guidance and support from his coach, the late Timothy Groves. Timmy was his biggest advocate and supporter.

Ryan graduated from WOHS in 2005, where he excelled as an accomplished basketball player who received All-Conference and All-County recognition. He still holds the record of the most three-pointers in a game with eight and was the Essex Hudson All-Star Three-Point Champion. McPherson also played baseball, making both All-County and All-Conference teams. His stats include the most hits in a single season (45) and a .500 batting average as a senior. He continued his basketball career at Fairleigh Dickinson University and was inducted into their Hall of fame in 2015. He was named the Maddy Mae Male Athlete of the Year, two-time MVP, and fourth in all-time three-pointers. Ryan is a firefighter for the West Orange Fire Department.

Dave graduated from West Orange High School in 2007 and was an avid wrestler for all four years. He won the titles of County and District Champion. He attended college at William Paterson University and earned a degree in Physical Education, and worked as a physical education teacher and Assistant Wrestling Coach in the West Orange School District for over seven years.

Gwen graduated from West Orange High School in 2009. She was an accomplished basketball player and was named First Team All-Conference for two consecutive seasons, the Holiday tournament MVP for two consecutive years, and received the Most Outstanding Female Athlete of the Year for the 2008-2009 season. Abreu was part of the elite 1,000 Point Club, finishing her WOHS career with 1,364 points. She went on to attend East Stroudsburg University and Montclair State. Gwen has been a Kindergarten teacher for the last seven years and has coached AAU basketball in Millburn for six. With a passion for children and basketball, Abreu is able to teach life lessons and mentor her players, providing a coaches’ perspective. Just as she looked up to her coaches, she hopes to leave the same impact on the youth she now serves.

Anthony graduated from West Orange High School in 2009 after an incredible football career. He was starting quarterback for all four years and broke several school records. In his senior year, he led the team to its second playoff berth/home playoff game in over three years. After graduation, he attended Muhlenberg College and double majored in Business and Finance while playing football for several seasons. He currently lives in Verona with his girlfriend Gabrielle and dog Oscar. He enjoys playing golf,  going to the beach, and spending time with family and friends.

Joe and Lou DePascuale have impacted West Orange sports on every level and have devoted themselves to the West Orange Police Athletic League (PAL) since 1981. Joe graduated from West Orange Mountain High School in 1981 and Lou graduated from Mountain High School in 1984. In 1995, they were appointed to the WOPAL Board of Directors where Joe has served as Director for over ten years and Lou as Treasurer. They are still coaching as they enter their fortieth year with WOPAL, helping to run an organization consisting of close to 500 kids in three sports including cheerleading leading, football, and baseball. The DePascuales have also volunteered at the West Orange High School Wrestling and Football snack bar for years. Joe’s family includes his wife, Mary; his children, Joseph, Dominic, Olivia, and her fiancee, Mike. His son Joseph and his wife Luciann, have one daughter, Mia Dominic. Both Lou and Joe still reside in West Orange.

The 2003 Boys Soccer Team compiled a then-school record of 22 wins and went 22-2-2 in the season. They won West Orange High School’s first-ever Essex County Tournament Title and first-ever North I Group IV Sectional Title. They were led by captains Kyle Perdelwitz, Danny Siconolfi, Joe Tutalo, and Matt Murphy. In the State tournament, they defeated Livingston in the first round 4-2.; Morristown in the second round 4-3 in OT;  Emerson of Union City 2-1 on PK’s; and then defeated Clifton 2-1 in the finals. They were ranked in the Top 20 in New Jersey the entire season, ranking as high as fifth and finishing the season as tenth.

See all the photos from the 25th West Orange High School HERE. (Note: all photos by Carlos Pasels of CPassphotos.) 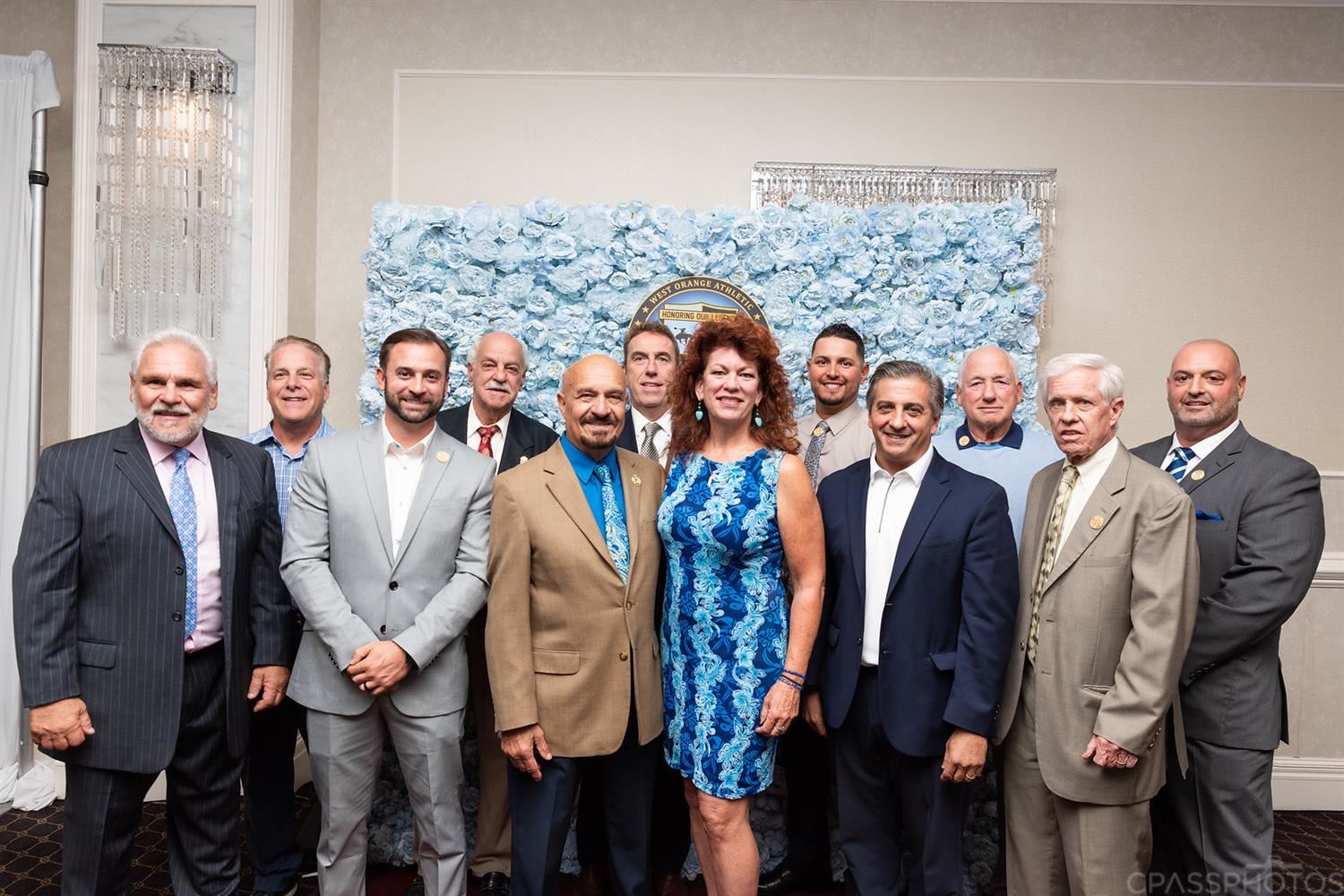 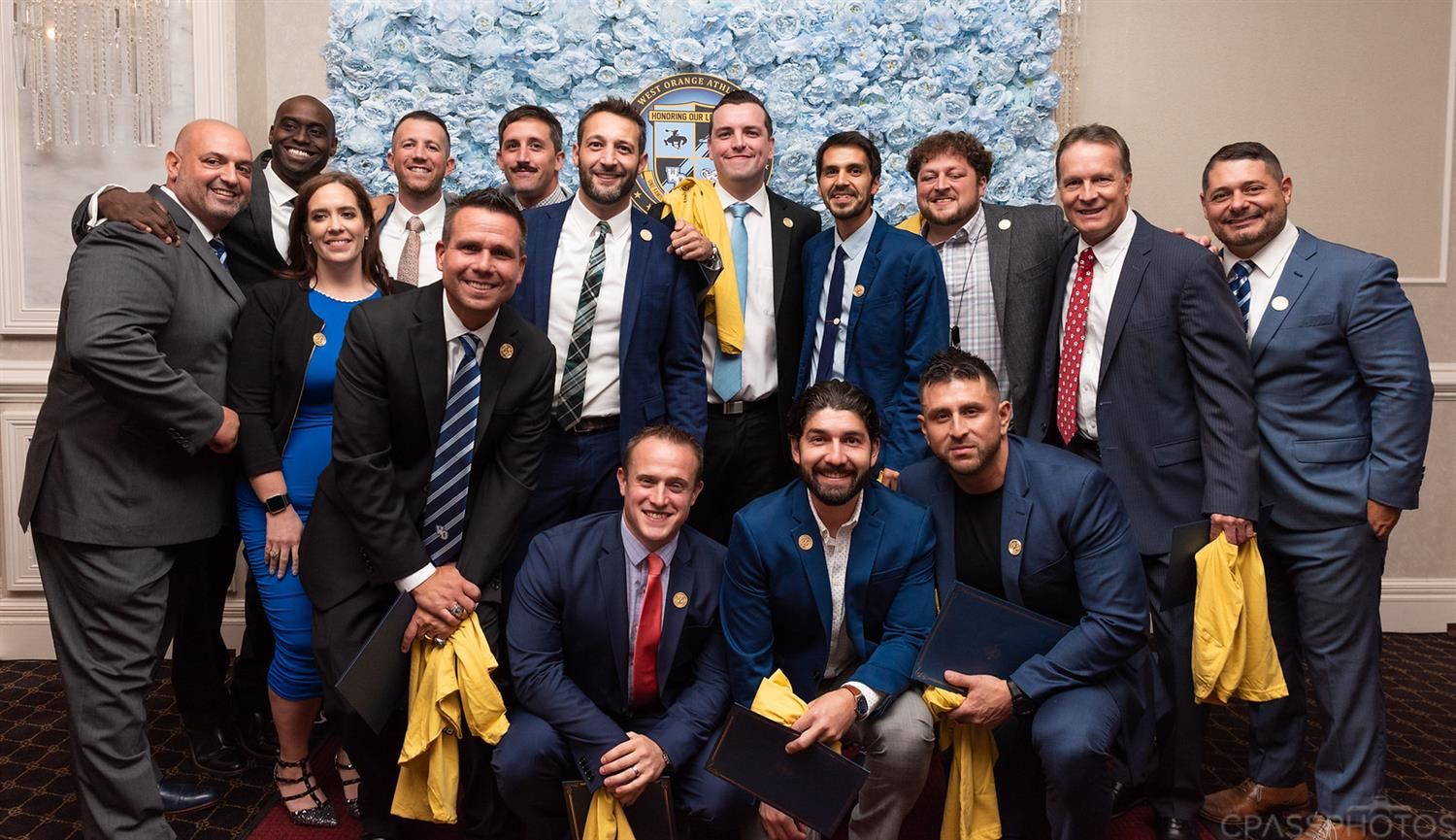