Fourth seed West Orange defeated fifth seed Piscataway in the North 2 Group 5 quarterfinals with a series of kicks and touchdowns that proved the Mountaineers had come to play - and to win.

The team was lead by Shaki Carson with 21 carries for 161 yards. Sophomore Makhi Green scored two touchdowns, one on defense and one on special teams.

"The defense held Piscataway to under 100 yards rushing for the game," Grant added.

As the game neared the halftime mark, Piscataway scored to take the lead from West Orange, 12-9. Grant called a time-out and asked his team, "Where is your heart?"

Moments later, Carson scored on a 73-yard kick return and Brian Reitberger added another point with his PAT to put the Mountaineers on top, where they stayed for the remainder of the game.

The 7-3 Mountaineers will need to stay on top of their game when they battle for a spot in the finals against First seed Union City in the semifinal away game Nov. 15.

See all the photos from the game here. 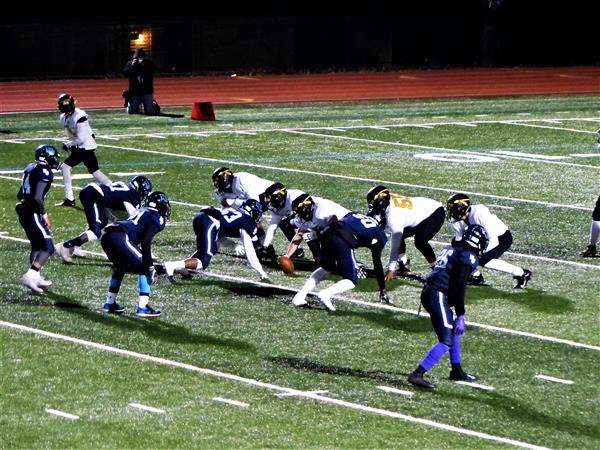 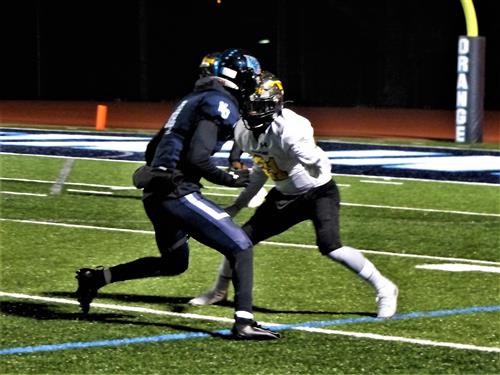 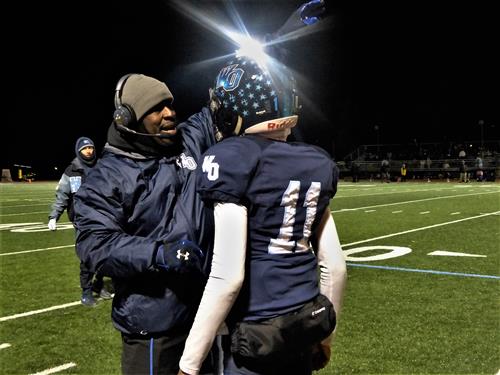 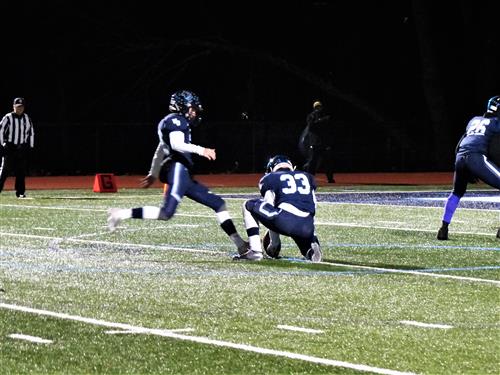 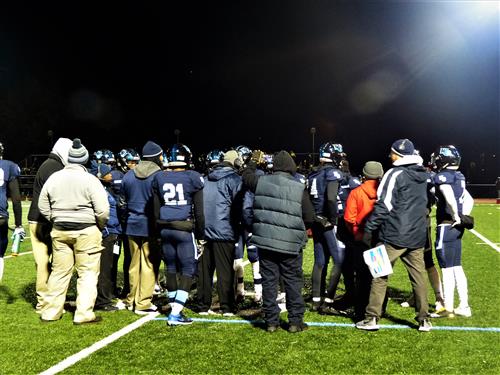 Grant meets with the team right before halftime.