WEST ORANGE, NJ – Kelly Elementary School Principal Dr. Joanne Pollara may be retiring after 37 years in education, but her legacy of kindness will remain for generations to come.

Born in Hoboken, she was adopted and shared her childhood with a younger sister in West Caldwell. Dr. Pollara’s mother was also an educator who influenced her daughter’s choices. During high school, Joanne loved ‘music, piano, marching band, and percussion.’

In her 37-year career, Dr. Pollara worked throughout the West Orange School District in special education. She helped to lay the foundation for the programs at Redwood, Washington, Hazel, and West Orange High School. In the 1990’s, the Special Education Pre-school was moved to Kelly, formerly Pleasantdale Elementary, where she worked as a Learning Consultant. After being named Principal in in 2009, Dr. Pollara took on the challenge of balancing the pre-school, special education, and general education student population.

“It was a team effort,” she noted. “We got through everything by creating “teacher-leaders” and building on their strengths. Our goal was to ‘leave it better than we found it.”

“It’s important to nurture teachers and make them feel comfortable and safe…to provide an environment where it’s ok to fail. We’re all in this together and we will all grow because we are in this together,” she added.

“Joanne Pollara has been an integral part of the West Orange Education System for over three decades,” Aker explained.

“She has been a special education teacher, Learning Consultant on the Child Study Teams, Special Education Supervisor and Principal of Kelly Elementary School.  I have had the pleasure of working with Joanne in several of these capacities.  Joanne is the reason that I am now a Learning Consultant in the District.  She knew I had my certification and on several occasions would call and talk to me about moving into this role. She had more confidence in me than I had in myself.

While dealing with several very serious personal issues, Joanne was still able to continue her own education while earning her Doctorate Degree.

Several years age Joanne willingly accepted a large special education population at Kelly Elementary, where students came from all over town. This was in an effort to improve the programs. Running a building with such a diverse population is a nothing less than a major challenge but Joanne has done it successfully. Dr. Jo will be missed by her students, staff, and colleagues in West Orange.”

Dr. Pollara does not differentiate between special needs and non-special-needs students.

“They are all “our kids” and they can all learn at their levels,” she emphasized.

In 2016, Pleasantdale Elementary was renamed Kelly Elementary School in honor of its most famous alumni, astronauts Mark and Scott Kelly.

“It was a very unifying time for our staff and students,” stated Dr. Pollara.

With the impending move of the Pre-school to the Betty Maddalena Early Learning Center, the renaming served to provide Kelly with a new identity and focus. A new alma mater was written, and posters, flyers, t shirts, plaques, and signs underscored the inspiring ideals of the Kelly brothers.

“Those ideas of just keep trying, shoot for your own stars, it’s ok to fail, gave the kids and the staff focus, and we are very proud of it,” she said.

An anonymous donor provided funding for a new state-of-the-art library, replete with a Makerspace, 3D printer, and more. Dr. Jo is a strong supporter of technology, encouraging students to safely utilize social media, coding classes, and other technological opportunities for growth.

Even more important to Dr. Pollara is the kindness and character that has punctuated her own life, which has seen its share of struggles.

In 2006, her beloved son Joshua died from a drug overdose at the age of 25. She still grieves his loss but celebrates his life. In 2011, her daughter Angela was diagnosed with Non-Hodgkin’s Lymphoma, but she is currently in remission. Angela lives at home with her mom and works part-time as a hairdresser.

In 2014, Dr. Pollara herself was diagnosed with Breast Cancer. After a lumpectomy, she continues to receive infusions of Zometa to keep her stable.

“When you go through a tragedy, you realize how precious life is,” noted Dr. Pollara, “so if you have something positive to say, don’t wait.”

“She is a role model for all around her. Joanne exudes such a positive energy and shows unconditional and genuine love for everyone she encounters. She not only helps to serve our students but also helps to support our parents and teachers at Kelly School.”

Chrichiello went on to note, “Dr. Pollara is a prime example of how hard work, dedication, unconditional love, ongoing professional development (she calls herself the "Principal Learner") pays off and is contagious to all of those around her. She was able to push through and finish her doctorate while caring for her daughter. She would study while at the bedside of her daughter who was fighting cancer in the hospital. Her ability to multi- task is remarkable as Kelly School has a variety of needs that she is always able to address or seek additional supports to help our students, staff and parents.

Dr. Pollara has created such a positive school culture at Kelly School. Students have learned that "Kelly Kids learn like Astronauts by being respectful, responsible and safe." The staff love and support one another in all their endeavors and are excited to come to work in such a positive school culture where they feel loved, respected and supported. We know that wanting her to stay forever is selfish but we will continue to follow her ways as she has taught us so much about using our knowledge, skills and values, and lead with our hearts, to continue to help those around us.”

Programs like “Bucket Fillers” are well known to the Kelly community.

“Think of it as having an invisible bucket that you use to fill other people’s buckets. Use it to build each other up,” Pollara described.

“I have worked for many years with Joanne, first at West Orange High School and for the past nine years at Kelly School,” began School Nurse Nancy Feldman.

“When I think of how I could describe Joanne - I imagine a beautiful vessel that is filled with action words that would best reflect who she is. Joanne loves words; she is also a "bucket filler." So to fill this beautiful vessel to represent her and her life, words that come to my mind are: compassion, professionalism, clever, hilarious, light, warmth, knowledge, learner, caregiver, mentor, advisor, strength, warrior, wise woman, spiritual, daughter, mother, sister, aunt, friend, dear friend, brave, very brave, hard-working, honest, kind, gentle, and no matter what kind of day she may be having, whether it is a crazy, memorable, sad or challenging - she finds some way to express to all around her a sense of joy and gratitude. She is an inspiration and will be deeply missed.”

Not only a culture changer in the West Orange School district, Dr. Pollara is considered a mentor by many.

“Joanne has been more than a colleague to me,” stated West Orange High School Principal Hayden Moore.

“She has been a mentor and a lifetime friend that has spread so much love to her colleagues and students throughout the district. We will miss her leadership and intelligence but most of all her warmth. We are in a better place because of her contributions to our students and district.”

“When I began my career in West Orange, she was my supervisor, so throughout my years in the district, I have always looked up to her and considered her a forever mentor and friend. Dr. Jo is what I would call a servant leader in its truest form. She values genuine relationships with her colleagues and staff members in her building and well as people in general.  This allows her to lead in a way that others aren't forced to follow, but want to follow. One thing I admire most about Dr. Jo is her ability to truly put anyone and everyone before herself.  She is someone who may be dealing with her own personal issues, but will have a smile on her face and make sure that you are okay despite what she is dealing with.  I have to add that I can always count on Dr. Jo for a good laugh...especially on the most difficult of days!  When she called me about her retirement, I was shocked and ultimately became emotional.  Dr. Jo is the person you can't imagine not having at work...and it will be hard not seeing her car parked at Kelly Elementary School at all hours of the night and on the weekends.  But, most importantly, Dr. Jo deserves a wonderful retirement where she can enjoy her time with family and friends doing things that she loves to do...if anyone deserves it, it most certainly is her.”

One of the last things on Dr. Pollara’s agenda was embarking upon a 2018-2019 research project in conjunction with New Jersey Positive Behavioral Support in Schools (NJPBSIS) NJDOE, Offices of Special Education in collaboration with the Boggs Center, Rutgers Robert Woods Johnson Medical School.

The goal was to track Kelly’s school population and see if fostering the safe, nurturing culture of positivity the school was committed to would impact behavioral and conduct issues with students. Despite the unexpected closure of West Orange Schools due to Covid-19 in March, early results have been promising.

Several initiatives were implemented that included clearly-defined expectations like respect, responsibility, and safety, weekly and monthly incentives, like “Kelly Kash,” and accentuating the positive over the negative (three positive comments are given before a criticism).

The data is in for NJPBSIS, and the results are exciting. Kelly Elementary lowered office referrals 47 per cent from September through March 13, 2020 as compared to the same period during the 2018-2019 school year.  They are continuing with their second year of implementation even through virtual learning as our expectations remain the same.

Originally planning on a June 30 retirement, Dr. Pollara remained until November 1 when the newly-appointed Principal Joel Carsillo takes the reins. As she departs the West Orange School district to spend more time with her daughter, she leaves behind a lasting legacy.

“When I aspired to leadership, I realized that in order to lead, I had to be a servant first,” Dr. Pollara explained.

“My mission has been to identify and meet the needs of others.  In doing so, it is my hope that my legacy will be a constellation of stars-- co-leaders with shared values and aspirations who will continue to work together toward common goals on behalf of our children. I hope that I have instilled a desire and drive to be difference makers in our faculty, staff and students. I hope that I will leave Kelly Elementary School filled with relationship builders, encouragers, future problem solvers, global thinkers and doers who have a love for one another and our planet.” 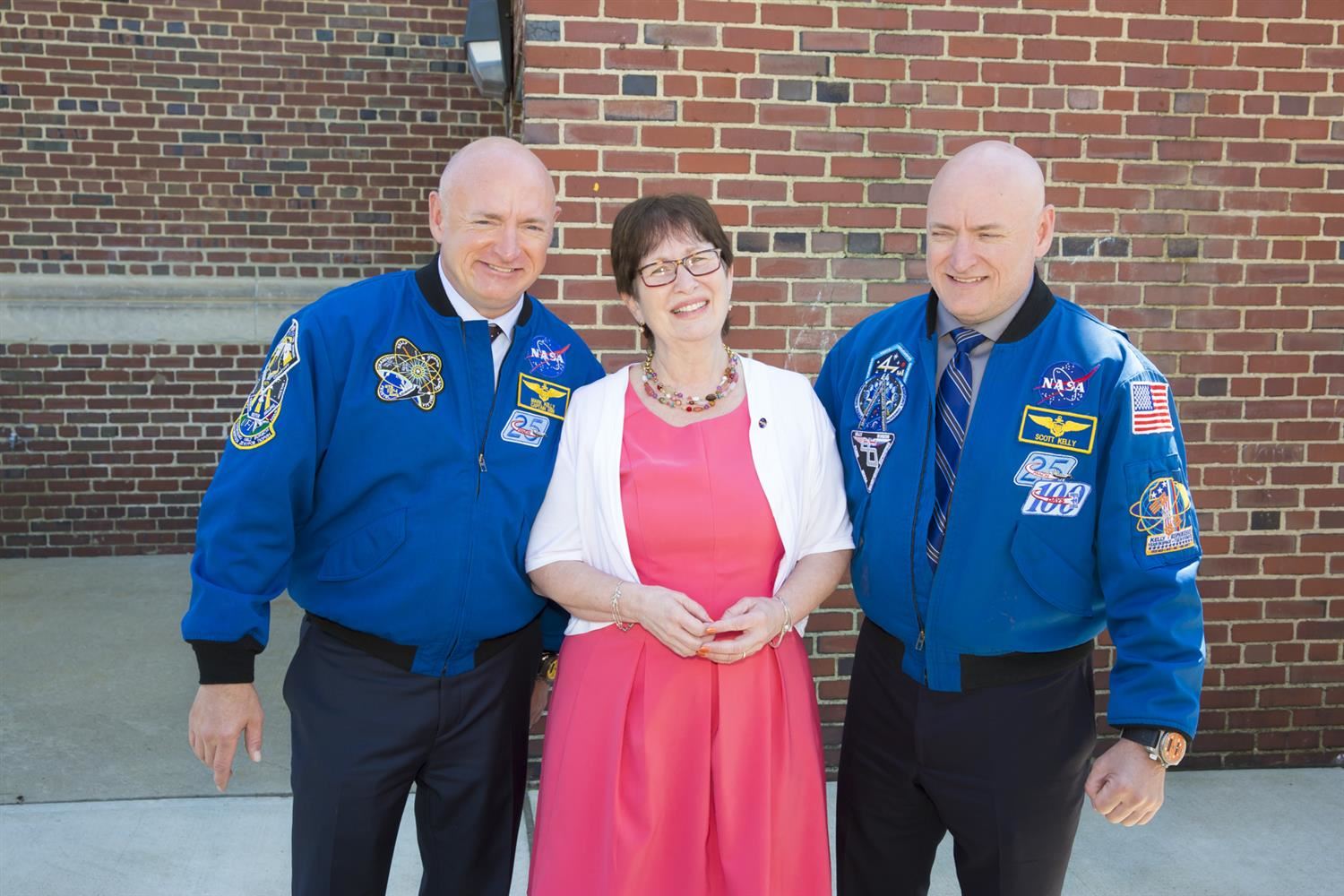 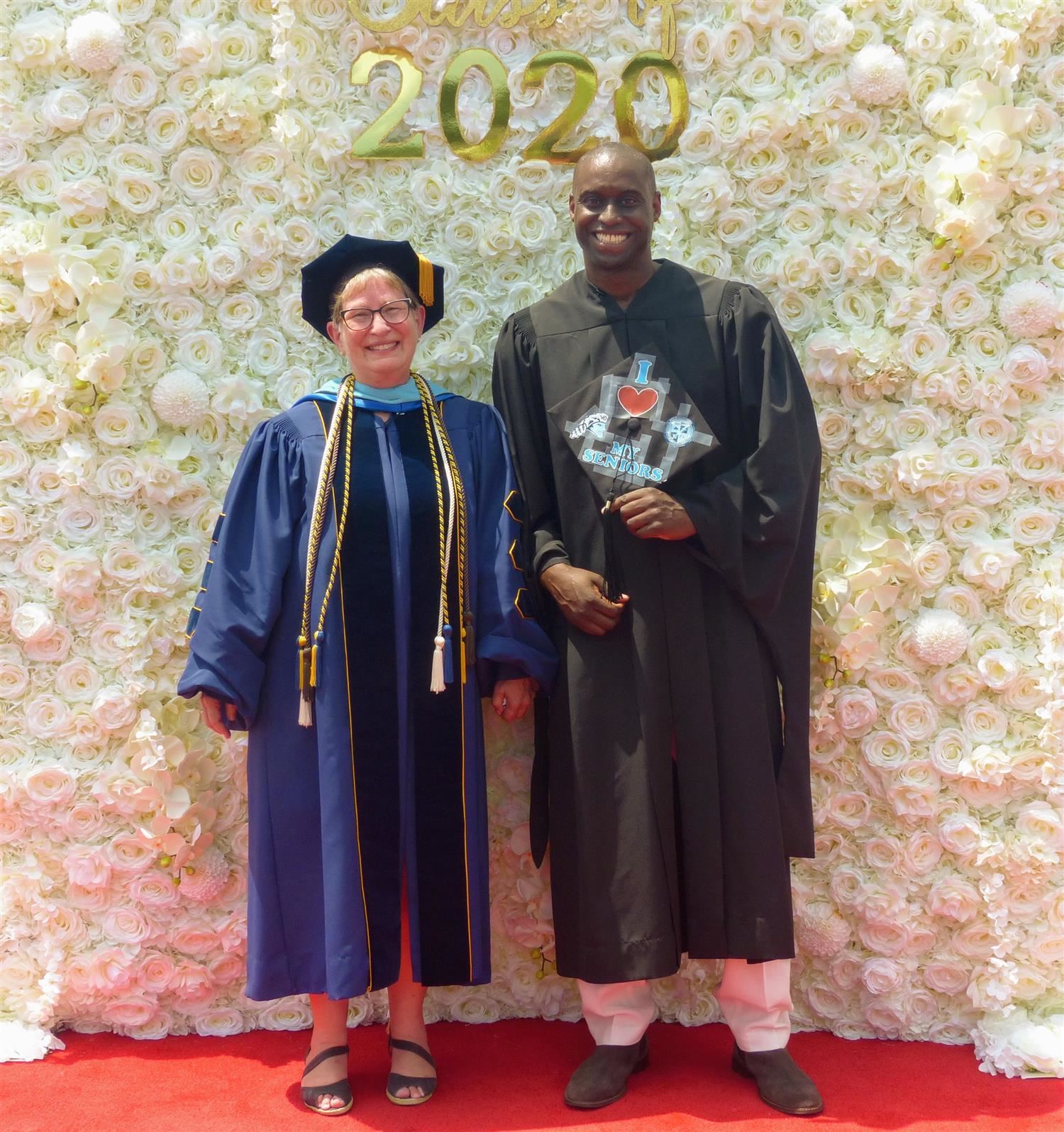