WEST ORANGE, NJ – West Orange High School has announced Celia Murphy-Braunstein as Valedictorian and Carlos Herbozo as Salutatorian of the graduating class of 2021.

Celia was named Valedictorian with a 4.8 GPA. She has been active in the sports and culture at WOHS throughout her high school career.

Celia is also a member of the Science Olympiad, the Science League and Book Club, and works with underclassmen as a Mountaineer Mentor.

Braunstein-Murphy is looking at Dartmouth and Wellesley Colleges and knows she wants to pursue a career in the STEM field, but has not decided on a major.

“I am very grateful for being named valedictorian. It makes me proud of my hard work and my accomplishments at WOHS,” she stated.

With a difference of a tenth of a point, Carlos Herbozo was named Salutatorian with a GPA of 4.79.

Herbozo plays viola for the school Orchestra and is a member of the Royal String Ensemble. He was recently named an AP Scholar with Distinction and has volunteered in the Summer Enrichment program, helping younger students in the Orchestra. He plans to major in Computer Science, but has not decided on a college.

“I'm immensely honored to be named Salutatorian,” he said.

"We are especially proud of our 2021 Valedictorian and Salutatorian," explained WOHS Principal Hayden Moore, "because they have had to face incredible challenges over the past year and have risen to the challenge. They truly epitomize what it means to be a West Orange High School Mountaineer." 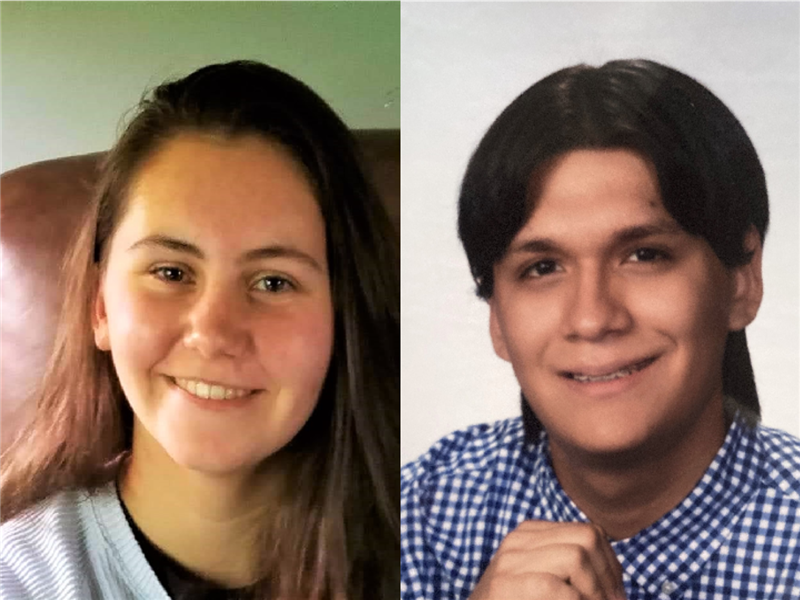