Married to his wife Marlene (Melillo) Suriano for 50 years, Joe leaves behind daughters Stephanie Suriano and Nicole Postiglione and her husband Joseph Jr., along with granddaughters Avery and Dylan. He was the loving son of Carmella Suriano and the late Joseph Suriano Sr. and is survived by many in-laws, nieces, nephews, cousins, and dear friends.

Joe Suriano grew up in West Orange and began work as an English teacher in 1969. As a 1965 State champion in the 100-yard dash and an All-American in Track, he translated his passion into coaching beginning in 1971.

As a lasting tribute to Coach Suriano, Suriano Stadium at West Orange High School is named in his honor.

Suriano retired after 43 years of dedicated service to the West Orange School District in January 2016. A special surprise send-off was organized by Suriano’s daughters Stephanie and Nicole, both educators in West Orange. Teachers and staff stood near Room 1125, Suriano’s classroom for many years. Taken completely off guard as he rounded the corner, the staff applauded and cheered as he smiled and joked while heading to the Tarnoff Cafeteria where family and friends awaited.

WOHS English teacher Craig Champagne spoke on behalf of the staff. “Joe, you are a rich man in every way it matters,” he began.

“Family remains constant as other things come and go…make no mistake, we are a family at West Orange High School, and we will remain a family. Our greatest gift to you is to promise that we will not lose our humanity and that your light will shine on,” he declared.

“I always say I am lucky to be the principal here,” noted Hayden Moore. “Joe, just look around you. Look at the lives you’ve touched and all the retired teachers who are here to see you. You are part of our success.”

Joe Suriano stepped to the microphone and smiled. “I’m the luckiest man on the face of the earth,” he commented. “I’ve taught and coached my whole life.”

“I love you all and best to you and all your families forever,” he concluded as his wife Marlene stood by him, overcome with emotion.

A memorial service will be held at a later date. Visit Coach Suriano’s Obituary page here to donate to St. Jude Children’s Fund, plant a tree, or leave a comment. Condolences may be sent to the Suriano family at 7 Barone Road, West Orange, NJ 07052. 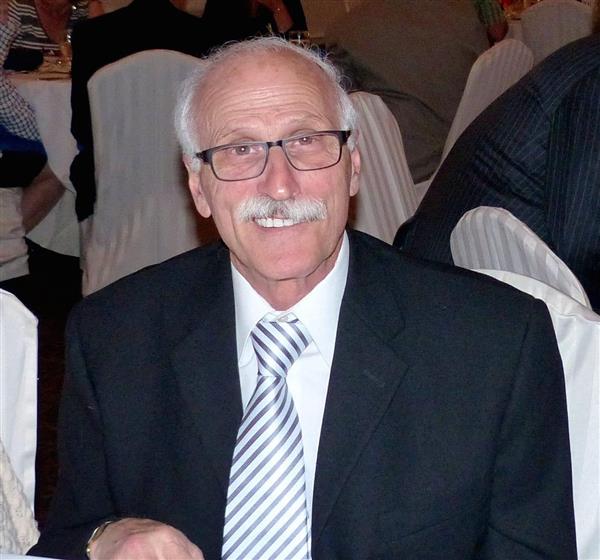