WEST ORANGE, NJ - The West Orange Scholarship Fund and former athletes on the West Orange High School Baseball team who played for Phil "Doc" Congilose have issued a Challenge Grant to honor the memory of the beloved coach and educator.
Vin Nigara and Jim Quinn will match dollar-for-dollar up to $5,000, any contributions received by the West Orange Scholarship Fund (the “Fund”) in memory of Coach Congilose. 100% of the funds raised will be used to establish a permanent endowment in the Coach’s name, the earnings from which will be used to award scholarships annually, in perpetuity, beginning in June 2019.
Coach Congilose passed away in January 2016 at the age of 81. He coached baseball for 17 years at West Orange and Mountain High Schools. His WOHS teams won state championships in 1967 and 1971. Dr. Congilose was also a physical education teacher and taught health as an adjunct professor at the college level. He valued education and according to Quinn, "we believe establishing a scholarship in his name would be a fitting honor and one that he would have welcomed."
"On a personal note, we remember the Coach as someone who cared deeply about his players and their development as athletes, students and young men. He always allowed the team to take credit for their successes and followed up with many players long after graduation as if they were members of his extended family," Quinn noted.
Please make checks payable to the West Orange Scholarship Fund with the Coach's name in the memo line, and to Jim Quinn at 23 Witte Place, West Orange, NJ 07052. Donations can be made online here on the West Orange Scholarship Fund's Webpage.
Established in 1923, The West Orange Scholarship Fund has awarded scholarships every year since 1925. The Fund has awarded in excess of $1,300,000 in scholarships to over 1,500 students. The Fund is a qualified 501(c)(3) organization and your contribution is deductible to the fullest extent allowed by law. 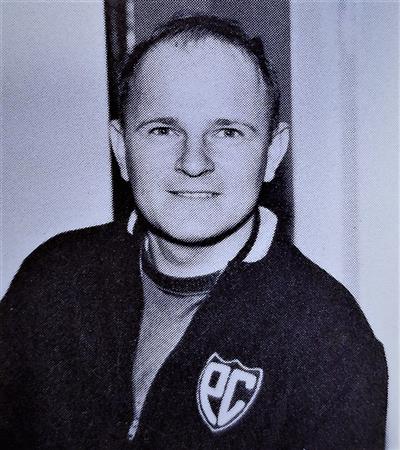