WEST ORANGE, NJ - Following the international COP25 (Conference of Parties) Climate Summit in Chile from Dec. 2-13, students at Liberty Middle School held a simulated summit of their own on Dec. 13.

The summit, which grew out of the Paris Climate Agreement, is organized by the United Nations. This year's Summit was considered a disappointment because the largest greenhouse gas emitters on the planet - China, the United States, and India - offered little to nothing to curb emissions and help reach the Intergovernmental Panel on Climate Change's target of limiting global warming to two degrees Celsius or ideally 1.6 degrees.

Under the Paris Climate Agreement, countries are expected to commit by 2020 to more aggressive climate plans, knows as nationally determined contributions (NDCs) set in 2015. 60 countries participated in 2019, but 70 are expected for 2020.

Liberty students first receive briefing documents tailored to their individual country groups. The World Climate Summit documents provide background information on their country group’s past, current, and future emission rates, contributions to the global fund, and land use. Students then do supplemental research on their country group’s resources, needs, and what proposals are realistic for the simulation. They then receive time to learn the C-ROADS software, do background research on the other country groups, develop their opening speeches, and announce their initial proposals.

Any other information that they need has to be found by the team members. The science teachers suggest some useful sites but not what information is helpful.  The group then sets their own requirements for what they are willing to offer and what they think they need from the other groups. During the summit they constantly have to adapt those requirements as they negotiate deals, and as they have to account for deals between other groups.

The students worked with unique software developed for the actual climate investigation. C-ROADS is developed by Climate Interactive, MIT, Ventana Systems, and UML Climate Change Initiative. The name C-ROADS stands for “Climate Rapid Overview and Decision Support” simulator. The model was reviewed by an external scientific review committee, chaired by Sir Robert Watson, former Chair of the Intergovernmental Panel on Climate Change (IPCC). The reviewers recommended C-ROADS for widespread use.

C-ROADS has been used in top government, corporate, and NGO levels, and by individuals participating in or monitoring the UNFCCC negotiations.

On the day of the summit delegates (students) sit within their country groups and hear from the Executive Secretary of the United Nations Framework Convention on Climate Change (UNFCCC), the UN Secretary-General, and the UN Chief Climate Scientist who debrief them on current global trends in regards to climate change and what their mission for the day is: to limit the global temperature increase to 2 degrees Celsius or less by the year 2100.

Students then engage in two rounds of negotiations with the other country groups and submit proposal statements that indicate their: emissions peak year, the year in which their reductions will begin, reduction rates, deforestation rates, and aforestation rates. All of these proposals are inputted into C-ROADS software to see if their negotiations have had any impact on the global temperature increase.

Also present are members of the press corps, Climate Change activists, and Fossil Fuel Lobbyists. The activists and lobbyists are played by parents. Since Lobbyists have a history of buying influence, they are given a brown paper bag of $100,000 Grand bars to bribe the delegates.

According to science teacher Vince DeJesus, "The goal is to keep temperature rise to below 2 degrees Celsius as shown by the C Roads software. After the first round of negotiations, their pledges had lowered it from the “business as usual” 4.3 degrees to 2.2 degrees. A definite improvement but not the goal."

At the end of the second round negotiations broke down when India felt they were being pushed to make concessions beyond their capabilities and voided all of their agreements.  In response, the rest of the delegates stuck to their agreements but wanted to declare war on India. While initial data seemed to indicate that they were going to achieve their goal their impasse resulted in a loss of momentum and they only achieved 2.5 degrees above pre-industrial levels.

"This was our fourth year for the event and it’s always a highlight for us," said DeJesus.

"This year's group was one of our most focused. They even continued to negotiate during lunch. I really like that they have to think on their feet during the negotiations. They usually come in with the idea that it’s all going to follow the plan that they made during their event prep. Then they find out that their plan doesn’t mesh with the plans of the other groups. They have to adapt. Renegotiate. Every time someone makes a deal the numbers change and they have to go back in and refine their agreements. If they can’t think on their feet everything falls apart," he explained.

One of the students said, “The Climate Summit was really enjoyable, and the simulation showed us how climate change isn’t caused by one country and it needs to be a global effort to combat the impact we have had on our planet. I had a really fun but frustrating time negotiating with my fellow classmates.”

"Even the negotiations breakdown at the end of the day was a valuable learning experience for them. It was probably the closest they came to a “real life” situation," DeJesus concluded.

See all the photos from the Climate Summit here. 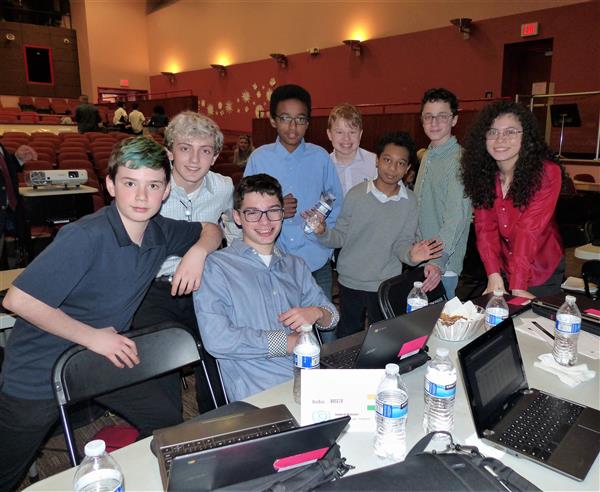 Students participate in the Summit. 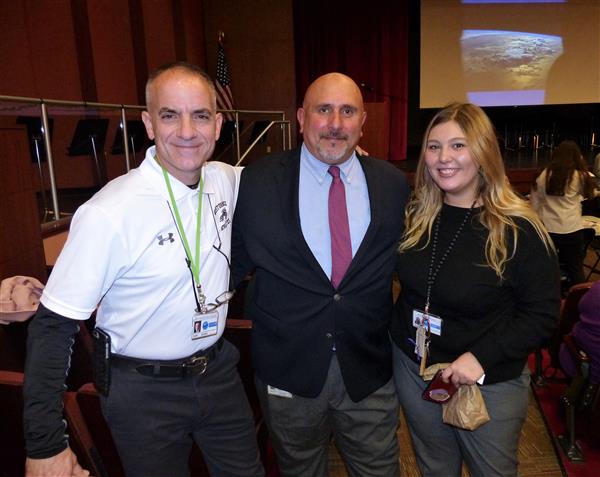