WEST ORANGE, NJ -  The West Orange community filled the Tarnoff Gymnasium on June 11 to honor the life of Christopher Morgan, Jr., who was killed in a transport crash at West Point on June 6. The rising West Point senior was on a training mission when the transport he and his classmates were traveling in overturned.

A funeral and viewing was held for Morgan at West Point on June 15, where he was laid to rest.

Many of Morgan’s friends from his West Orange High School graduating class of 2015, along with teammates from football and wrestling. Other WOHS grads, faculty, principals, administrators, coaches, board of education members, township council members, Mayor Rob Parisi, and others stood solemnly to pay tribute not just for his athletic and academic accolades, but for who he was a person and how he touched the lives of all around him.

The memorial not only shone a light on the heart of who Chris Morgan was, but served as a gentle reminder to his family of the love the West Orange Community had for their son, brother, and grandson.

Following a performance of “Taps” by members of the Wind Ensemble, the evening ended with “Lean on Me,” as the gym lit up in memory of a beloved member of the family that would never be forgotten.

View photos and video clips from the Celebration of Life for Christopher Morgan, Jr., here. 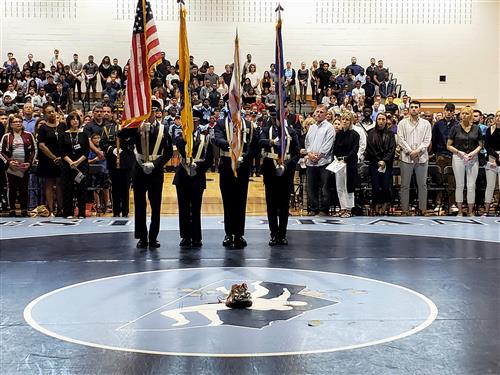 The ROTC, WOPD, and WOFD display the colors. 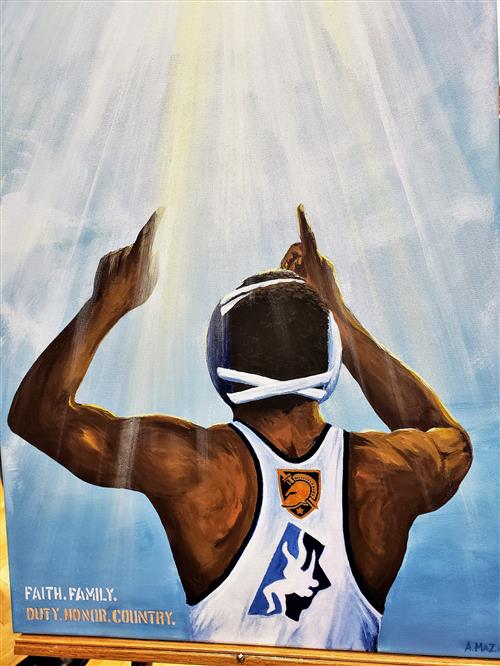