June 1, 2022 (West Orange, NJ) - In the wake of a string of mass shootings, including the tragic loss of 19 students and 2 teachers in Uvalde Texas last week, the Township of West Orange is once again coming together and joining the nationwide movement to say enough is enough.

Mayor Robert D. Parisi has declared June 3, 2022 as National Gun Violence Awareness Day in West Orange, NJ. After signing on to the Everytown for Gun Safety 'Mayors Against Illegal Guns' Coalition back in 2018, Mayor Parisi has been committed to working with the West Orange Police Dept. and other mayors and elected officials across the region and nation to protect residents, especially children from harm by promoting and advocating for common-sense laws that reduce gun violence and save lives and to provide every opportunity for residents and their families to enjoy the comforts of a safe and peaceful community.

Citing that every day, more than 110 people in America are killed with guns, Mayor Parisi continued his advocacy by providing a list of actions that residents of all ages can take to make their voices heard in the journey to help end gun violence once and for all.

On top of this declaration, the  West Orange Public School Board of Education launched a campaign encouraging students, staff, and community members to #WearOrange on Friday, June 3, 2022 and take to social media for National Gun Violence Awareness Day.

Wear Orange originated back in 2015 when a group of teenagers in Chicago wanted to honor their friend, Hadiya Pendleton after she was the victim of senseless gun violence. Wear Orange honors Hadiya and the more than 40,000 Americans who are killed with guns and 85,000 Americans are shot and wounded as a result of guns every year.

Advocacy is one of the foundational principles of the West Orange Public Schools, where students are at the forefront of speaking up for those in need regardless of the topic. Unfortunately, gun violence, especially in schools, strikes a chord for students like no other as they relate and connect to those affected.

Over the past several years, West Orange High School has been the home to peaceful walkouts, marches, and benefit concerts that have raised thousands of dollars for victims of school shootings. In 2020, one of their students’ films was selected by #ENOUGH: Plays to End Gun Violence” as one of seven works highlighted by young people nationally to confront gun violence by creating new works of theater that will spark critical conversations and incite meaningful action in communities across the country. 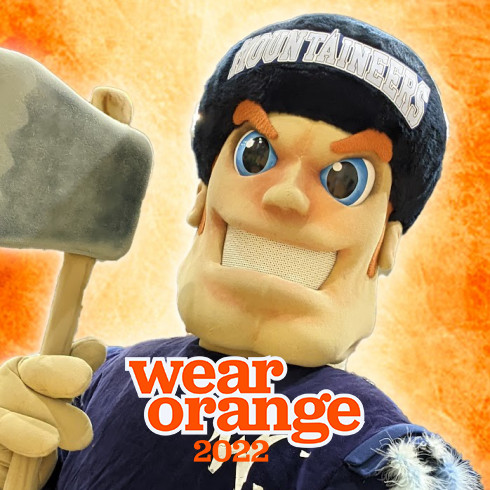